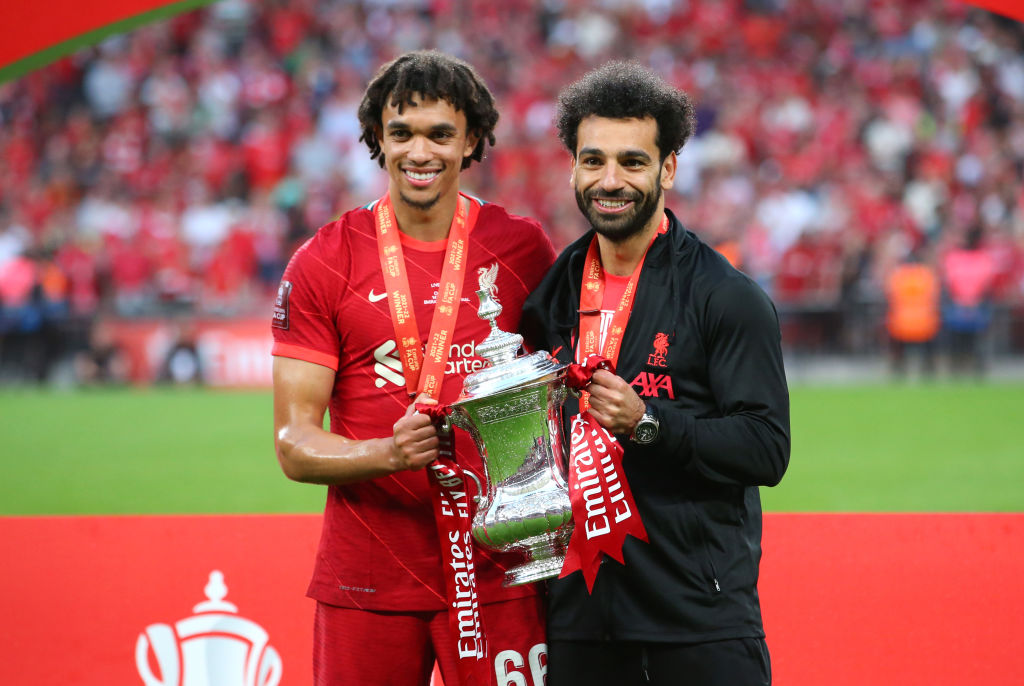 Liverpool forward Mohamed Salah expects to be fit for the Champions League final against Real Madrid despite suffering an injury in his side’s FA Cup final victory over Chelsea.

Salah broke down with a groin problem during Saturday’s FA Cup final and had to be replaced by Diogo Jota before half-time.

The Egyptian’s withdrawal led to serious concern from Liverpool fans as they club still have three key fixtures remaining as Jurgen Klopp’s side look to win the Premier League and Champions League and complete a historic quadruple.

Liverpool face domestic rivals Southampton and Wolves over the next eight days and then turn their attentions to a Champions League final against La Liga champions Real Madrid.

As he was leaving Wembley on Saturday, Salah was asked whether he would be fit to face Real Madrid in Paris on May 28 and replied: ‘Of course, all good.’

Salah was not the only injury concern for Liverpool in the FA Cup final, with star defender Virgil van Dijk subbed off in extra time.

Discussing Salah and Van Dijk’s issues, Klopp said: ‘I think they are kind of OK. I don’t think they will be ready for Tuesday [against Southampton], to be honest…

‘I don’t think they would have been ready for Tuesday anyway! But I think they are alright, it was more of a precaution.’

Liverpool replicated their penalty shootout win over Chelsea in the EFL Cup by triumphing 6-5 after a goalless 90 minutes and extra time.

It is the eighth time Liverpool have won the FA Cup and first in 16 years. Chelsea, meanwhile, have become the first team to ever lose three consecutive FA Cup finals.

Reds goalkeeper Alisson, who denied Mason Mount before Kostas Tsimikas scored the decisive penalty, said: ‘It’s amazing, we did such a good performance.