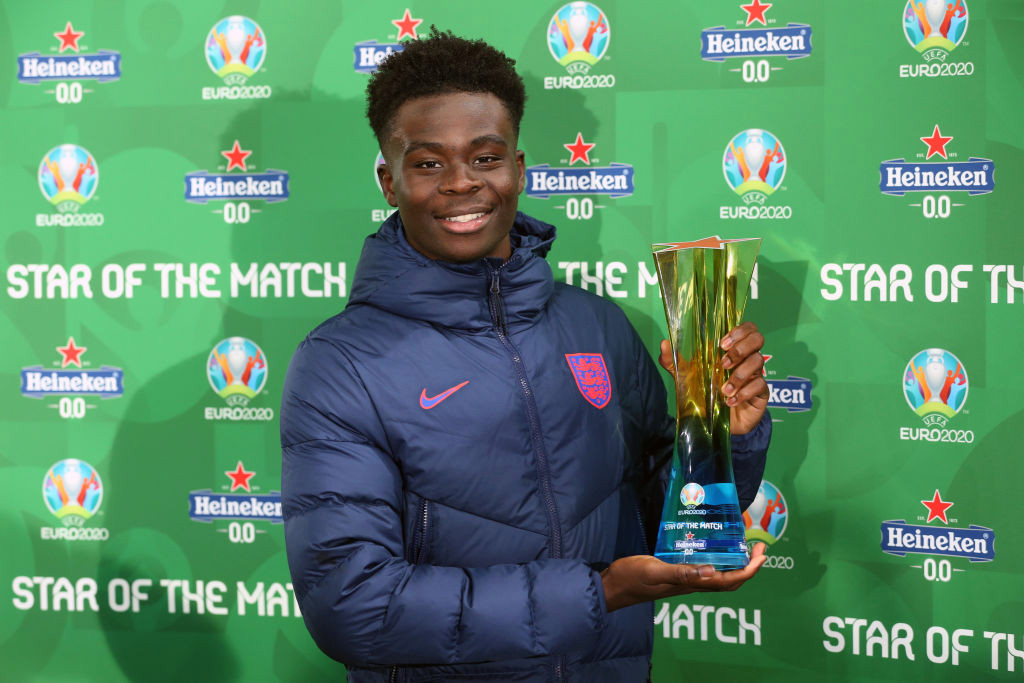 The winger was given an unexpected start in England’s final group game against the Czech Republic at Wembley, ahead of the likes of Jadon Sancho and Marcus Rashford.

The 19-year-old ensured he didn’t squander his opportunity and was awarded the Man of the Match for a vibrant display, which saw Raheem Sterling score the only goal of the game after 12 minutes.

Gareth Southgate’s decision to opt for Saka was fully vindicated and Mourinho admits he’s fond of the ‘confident’ Arsenal man.

‘It’s not about young or old,’ Mourinho told TalkSPORT before kick-off.

‘The guy is young, but has experience at big club and the best league in the world.

‘I believe he is very talented, very confident, he can play in many positions.

‘Of course people speak about Sancho and Rashford, there are so many good players.

‘But I truly believe in Saka because I think he’s a very good boy.’

England’s victory means the Three Lions topped their group and will play their last-16 tie at Wembley, as well as earning an extra day’s rest as reward.

Southgate’s side will play the runners-up from Group F, meaning they could face one of France, Portugal or Germany.