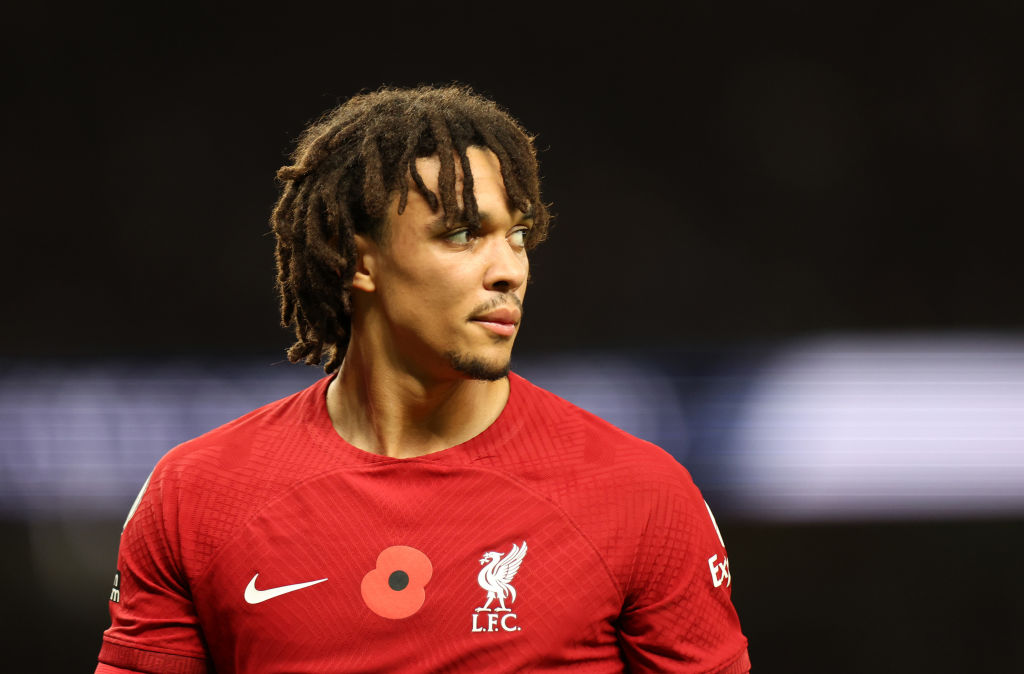 There is much debate over how England should line-up at the upcoming World Cup in Qatar, with fierce competition at right-back or right wing-back, depending on how Gareth Southgate sets up.

Alexander-Arnold appears to be down the pecking order, with Southgate preferring Trippier, Reece James and Kyle Walker, but with James and Walker both injured at the moment, he could get his chance for the Three Lions.

Having watched his performance against Tottenham on Sunday, though, Neville is not sure Alexander-Arnold can be trusted defensively, despite how great he is going forward from full-back.

‘His brilliance going forward is out of this world,’ Neville told Sky Sports. ‘But we’re talking about knockout football. Whether England win or lose in a World Cup is going to be down to moments. A mistake – concentration. In this moment in time, I can’t see how Gareth can go into a knockout game in a World Cup playing Trent Alexander-Arnold.

‘I want this player to be the greatest right-back of all time because he’s got the ability to do that. But at times at Tottenham, he looked like he could cost Liverpool dearly.

‘I don’t think Gareth will trust him in a knockout game. Which means, will he then take him? If he’s got four brilliant right-backs, will he go?’

Walker is expected to return form injury in time to go to Qatar, while James is unlikely to, leaving Trippier as a possible first choice in the battle to play on the right of Southgate’s defence.

The 32-year-old has been in fine form for Newcastle and Magpies legend Shearer feels he is as good as it gets defensively and going forward.

‘At the minute, he’s England’s most in-form defender and for me, it’s just about where he plays in that first game for England at the World Cup in two weeks time,’ Shearer said on Match of the Day 2.