‘All he sees is four walls’: New Crystal Palace No 1 Jack Butland tests positive for coronavirus as Roy Hodgson reveals goalkeeper is now self-isolating in a London hotel

Crystal Palace boss Roy Hodgson has revealed Jack Butland’s arrival at the club has been delayed after he tested positive for coronavirus.

The goalkeeper arrived from Stoke on a three-year deal last Friday, but he immediately received a positive test and has been self-isolating in a London hotel.

That rules him out of Saturday’s visit across the capital to Fulham, along with Jordan Ayew, who is also in quarantine after contracting coronavirus while on international duty with Ghana. 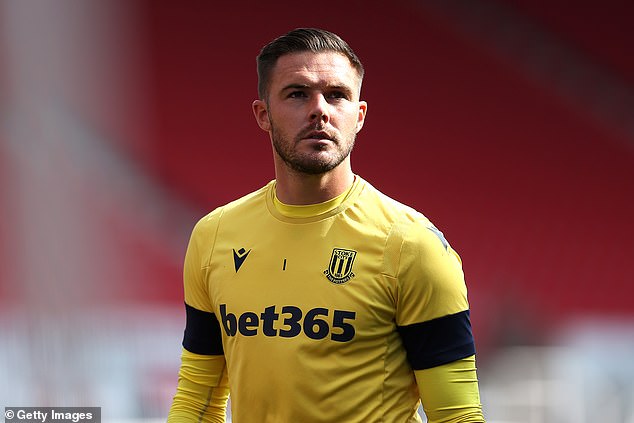 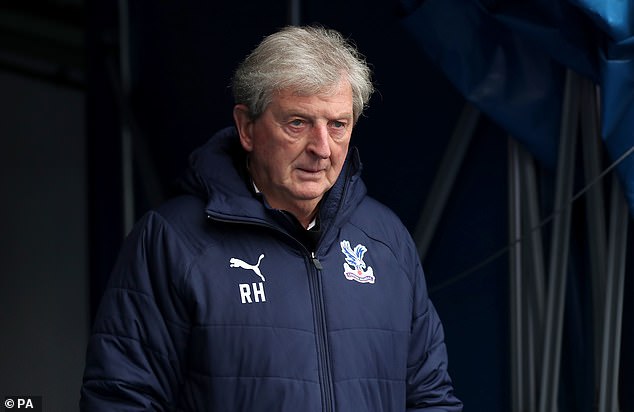 It is a blow for Hodgson, who is without senior goalkeeper Wayne Hennessey until the new year with an injury picked up on international duty with Wales.

‘It is very unfortunate that Wayne Hennessey picked up such a serious injury in the last international break, which was extremely unkind for us,’ Hodgson said.

‘We were forced to act because we know that he is going to be out until at least January and even then we don’t know what the future holds for him and when he will be able to get fit again.

‘So we needed to bring someone in and our misfortune continued as no sooner did Jack come and sign than he tested positive for coronavirus.

‘So we haven’t seen him because he needed to self-isolate and like Jordan he is stuck in a hotel room in London in a very boring existence I imagine, waiting for the magical period of time that you have to self-isolate for to pass and take another test and hopefully be cleared.

‘We have only had him from afar. My only contact with him is on the phone to ask how he is feeling. He is feeling good, but very frustrated and disappointed that all he sees is four walls.’ 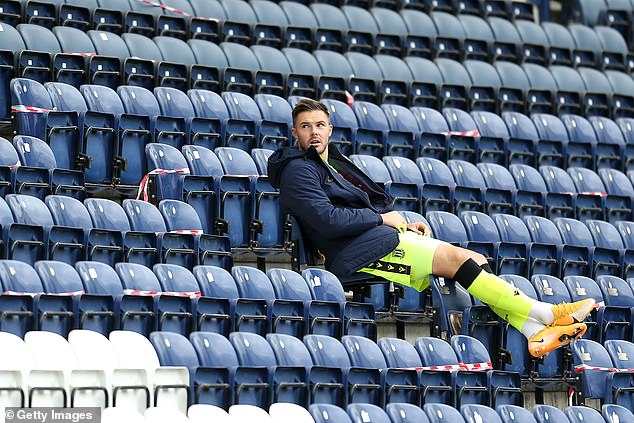 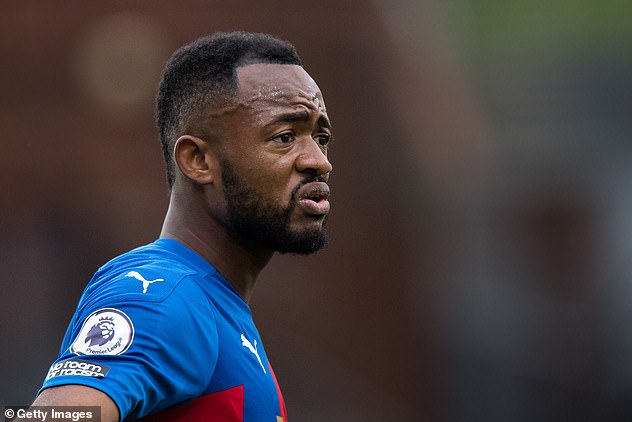 Hodgson revealed that he has also been in contact with Ayew, who is still asymptomatic and is keen to return to the club after his self-isolation period.

He added: ‘He said he has not symptoms and he is just disappointed that the test didn’t come back negative and he is going to now miss two games.’

Butland and Ayew will be joined on the sidelines by Gary Cahill, who has not recovered from an injury he sustained when he was on the receiving end of a lunge from Lewis Dunk in the 1-1 draw with Brighton last week.

Asked about the former England international’s condition, Hodgson said: ‘Not very good I am afraid. It was a nasty injury so we are still assessing it.

‘He won’t be able to play at Fulham unless something miraculous happens overnight. I am hoping it is not one that keeps him out for weeks on end but it is too soon after the kick he has taken to play.’