Chelsea had what would have been a second-half equaliser against Dinamo Zagreb ruled out by a new semi-automated VAR system which was used for the first time.

Ben Chilwell was spotted in an offside position before he crossed for Pierre-Emerick Aubameyang to slot the ball home at the far post.

The striker’s celebrations were cut short just after half-time after the assistant referee raised his flag. 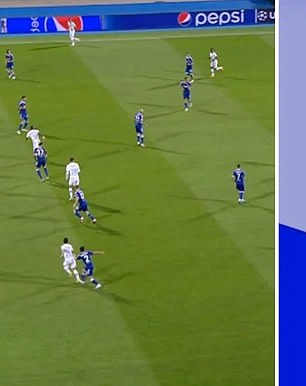 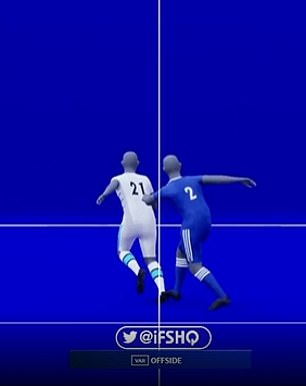 That decision was confirmed by the new semi-automated offside that is being used in the Champions League this season.

It proved to be a key moment as Thomas Tuchel’s side slumped to a shock 1-0 defeat against the Croatian champions.

Mislav Orsic scored the only goal of the game in the 13th minute. 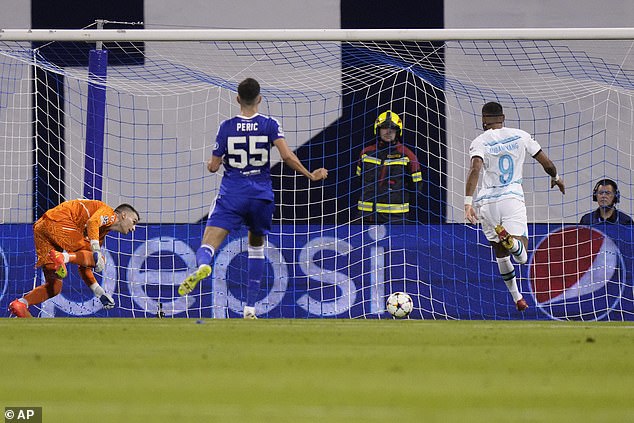 FIFA and UEFA have spent the past three years testing out a new artificial-intelligence-based semi-automated offside technology (SAOT).

The system was used by FIFA at the Club World Cup in February, and also by UEFA in the Super Cup between Real Madrid and Eintracht Frankfurt in Helsinki last month.

FIFA approved its use at the World Cup in Qatar, which kicks off on November 20, before UEFA announced it would start using SAOT for all matches in the Champions League group stage.

‘For the good of the game and the good of refereeing, UEFA always wants to use the best technology available,’ said Roberto Rosetti, UEFA’s chief refereeing officer. ‘UEFA is always looking for new technological solutions to improve the game and support the work of the referees. And this is what we want from semi-automated offside in the future.’

Conte insists he is not disappointed with Tottenham's Spurs' draw