New York should host the Champions League final, says Micah Richards, but Jamie Carragher disagrees comparing it to Liverpool having the Super Bowl… and ex-Reds man goes against co-pundits to pick Landon Donovan over Clint Dempsey as USA’s best player!

Former Manchester City defender Micah Richards doesn’t see any reason why New York couldn’t welcome the final of the Champions League as he and his fellow CBS pundits Jamie Carragher and Thierry Henry took part in a US-themed Q&A.

The three former soccer stars are known for their entertaining punditry during Europe’s elite competition and regularly take part in an ‘In the Mixer’ session.

With CBS Sports’ Golazo show heading to the Big Apple for matchday five later this month, host Kate Abdo ran an American-themed version of the question and answer segment. 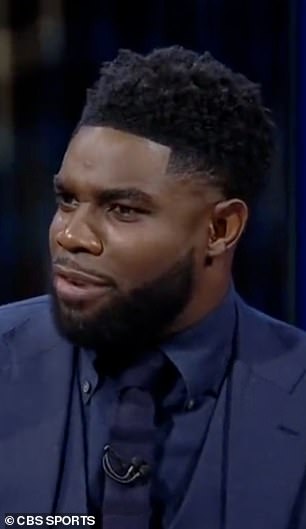 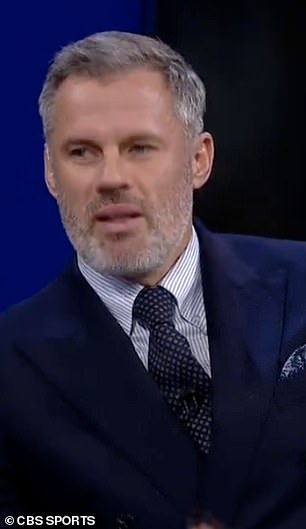 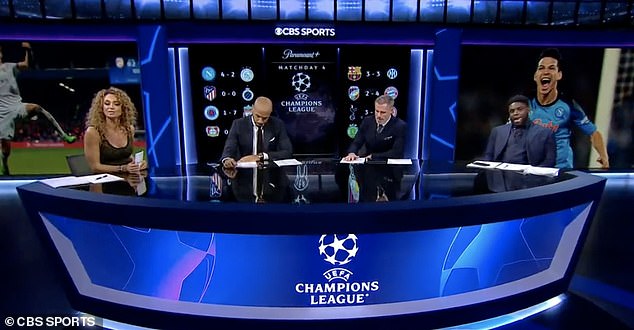 When asked whether New York City should host the Champions League final, Richards was fully in favor of the idea while Carragher disagreed and compared it to his beloved Liverpool having the Super Bowl.

After joking the final should be played in two weeks when the panel are Stateside, when asked again Richards added: ‘100 per cent. Why not?’

Carragher responded: ‘Because there’s no American teams in it!’ While Abdo added: ‘Because it’s a European competition.’

Richards added: ‘It doesn’t matter. So?’

The former Liverpool defender then asked: ‘What about having the Super Bowl in Liverpool?’

Ex-striker Henry shut down that idea by saying that wouldn’t happen.

The pundits then could not agree on who the best ever American soccer player is as Carragher picked a different star to Henry and Richards.

The former Premier League defender was called out by Abdo for not selecting his fellow CBS colleague.

Henry admitted it was a ‘tough’ choice but sided with Richards and said: ‘I would go with Clint.’

The panel were also asked for their favorite pizza toppings, the height of the Empire State Building, how many hot dogs they could eat in 10 minutes but one question seemed to have them all stumped: ‘What is a bodega?’ 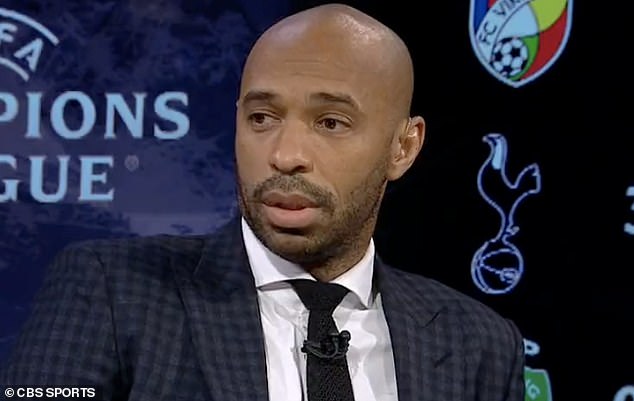 Carragher said: ‘Sounds like an ice cream,’ while Richards responded: ‘A bodega?! Never heard of that in my life!’

The trio were unable to guess the correct answer but are now all clued up for their trip to the USA on October 25 and 26.