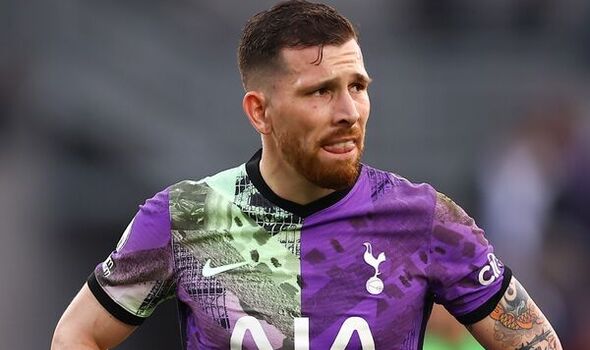 Newcastle are plotting a £30 million summer move for Tottenham hard man Pierre-Emile Hojbjerg. Eddie Howe’s side have had a superb second half of the season, taking 32 points from a possible 45 in the last three months, ending any fears of relegation.

But the Magpies manager, who will be backed by Saudi-Arabian-led consortium, is intent on further strengthening his squad in the summer – and Tottenham midfielder Hojbjerg is on his list of targets.

Danish international Hojbjerg has been a mainstay under Spurs manager Antonio Conte, but the Italian too is planning a shake up of his squad, and Hojbjerg could be one of the players allowed to move on, if the offer was right, and if the North London club can find a replacement.

Roma, managed by former Spurs boss Jose Mourinho, are also interested in the former Southampton and Bayern Munich defender, after failing with a previous bid last summer, and there could yet be more suitors joining the chase once summer rolls around.

Hojbjerg, 26, joined Spurs from Saints in August 2020 in a £15 million deal on a five year contract. The tough Dane has been a regular ever since, this season racking up 31 Premier League appearances and scoring two goals.

Conte will begin his rebuilding operation by strengthening Tottenham’s defence, with a centre back and possibly two new wing backs high on his priorities to be recruited, but he also wants a new midfielder and another striker .

The Spurs manager though recently praised Hojbjerg for doing a “fantastic job” in his midfield, and Hojbjerg gave no indications that he might want out of the club this summer, hailing the Italian as a ‘special coach.’

“Antonio is a special coach, with a special way of doing things, with a very high level of performing,” he said earlier this month. “There is always a time of adaptation, a time of understanding the sports side and also the personal side, and everything is coming together well.

“It’s important now to go with the flow and see how far we can take it, because the team is evolving very positively. That creates a platform where we can perform at a really very high level. We’re climbing the ladder, so it’s difficult to stop and look back down, we have to keep going and stay focused on the next challenge ahead.

“That’s how I think to work the best, not to draw too many conclusions, try to maintain a high level of focus and performance, be consistent in your behaviour and to enjoy the process, because eventually this is what makes you better.”