Newcastle reportedly face a ‘real danger’ from Manchester City for Bruno Guimaraes as the Sky Blues weigh up whether or not to make a move for the midfielder. The Brazilian has become a fans favourite on Tyneside since his arrival from Lyon during the January transfer window with his performances already attracting attention from the Premier League’s best.

Guimaraes has been phenomenal for Newcastle since he arrived at St James’ Park and has quickly become one of the team’s best players in their surge to sixth in the Premier League. He was on form again this weekend during the Magpies’ victory over Brentford, earning man of the match as he scored two goals in the 5-1 win.

He has scored an impressive seven goals and contributed two assists in the 24 games he has played for the club despite often playing in a more defensive position. It is this kind of ability that has appealed to the likes of Manchester City with the player performing well in the deeper No 6 and also impressing as a box-to-box midfielder.

Now, the Daily Mail have claimed that Pep Guardiola’s side are the ‘most realistic’ danger to Newcastle keeping the player in the long-term. The Magpies are in an incredibly strong position financially given the riches possessed by their Saudia Arabian owners and are therefore under no pressure to sell. 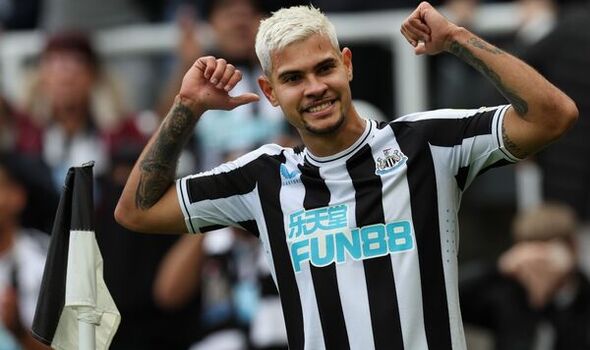 His contract also puts the north-east club in a good position, with the 24-year-old contracted until 2026. There is no release clause within his deal, something included at the player’s request as he sought to commit his future to the club in the long-term. Despite this, Newcastle are believed to be planning to offer the player a new deal at the end of the season, making the chance of a departure anytime soon even less likely.

Newcastle boss Eddie Howe was full of praise for Guimaraes following his two-goal display at the weekend, telling reporters he ‘loves’ the Brazil international.

“It’s an amazing thing for us to have him,” he said. “It’s not just the player, it’s the person as well. I can’t say how good a person he is, he’s a pleasure to coach and be around. 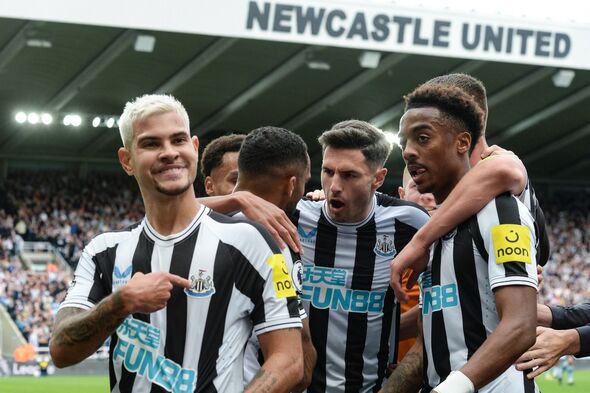 “He’s a really positive person, an energiser, and someone I love to coach and be with. I think everyone here connected with the club – me, the players, the supporters – absolutely love him.”

It remains to be seen how long Guimaraes will spend on Tyneside – but it seems unlikely the club will let him go anytime soon. However, Premier League clubs like the Sky Blues will monitor his situation closely given his impressive form.