Newcastle ‘are ready to splash the cash on veteran Inter Milan striker Edin Dzeko, with Magpies manager Eddie Howe desperate to secure the goals they need to avoid relegation’

Newcastle are reportedly targeting the signing of Inter Milan striker Edin Dzeko in January to save them from relegation.

The veteran forward, 35, has scored 11 goals in 23 appearances in all competitions for Inter since signing from Roma on a free transfer this summer.

And Magpies manager Eddie Howe is thought to view Dzeko as a short-term option to boost his side’s firepower up front and help score the goals to keep them up. 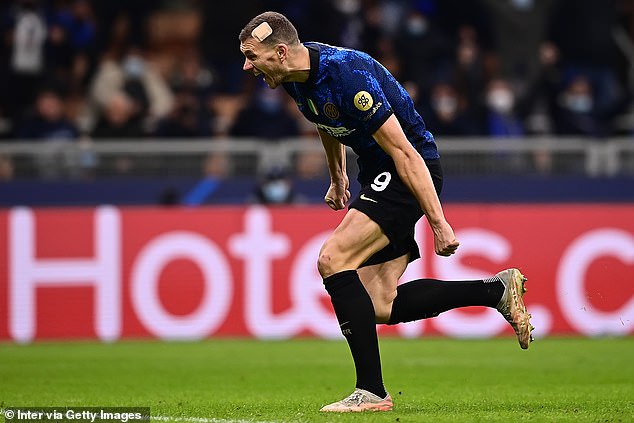 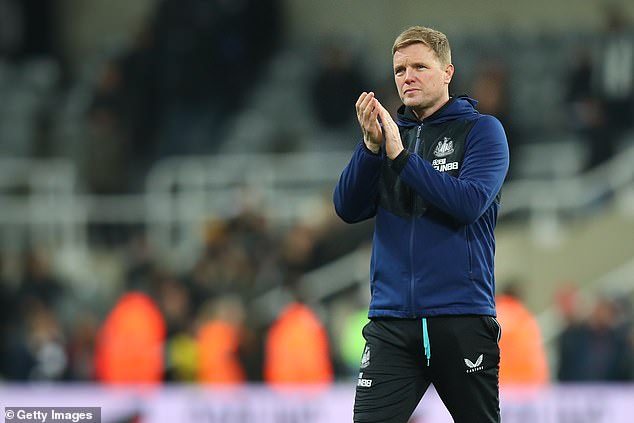 Having played 18 matches, almost half of their 38 games, Newcastle have only won once and are second-bottom in the Premier League with ten points, having played one game fewer than 20th-placed Norwich and three fewer than Burnley in 18th.

Howe knows his side may have to win around half of their remaining matches to be in with a genuine shot of staying up, with their number of goals a concern for the former Bournemouth manager.

Having been taken over by Saudi Arabian owners, Newcastle are the richest club in the world, and they may have to flex their financial muscles in January in an attempt to avoid relegation. 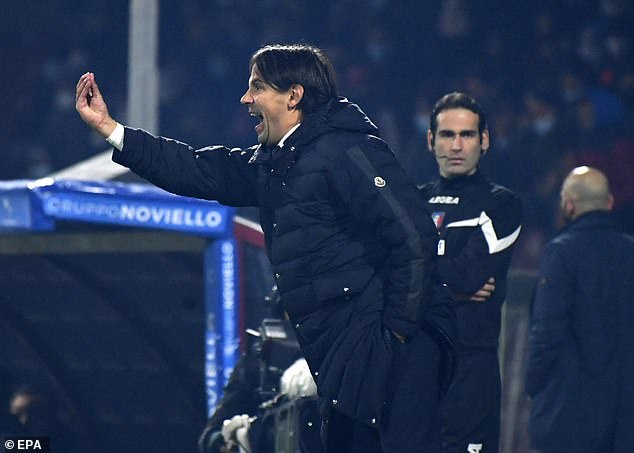 Striker Callum Wilson is talented but injury-prone, with six goals this season, and French forward Allan Saint-Maximin has three, but otherwise goals are an issue, with no other player having scored more than one goal this campaign.

Similarly, striker Dwight Gayle has only played 21 minutes in the league this season and only has one goal in all competitions in the last two campaigns, while forward Joelinton only has six league goals since summer 2019, and none this season,  so adding Dzeko’s physicality and finishing could be a shrewd move for Howe.

Despite only signing as a replacement for Chelsea-bound Romelu Lukaku in August, Simone Inzaghi’s side have been hit hard by the coronavirus pandemic and could, it is suggested, be willing to make a quick profit on the former Manchester City star.

The numbers behind Bale’s abysmal Tottenham return including £3.4m per goal