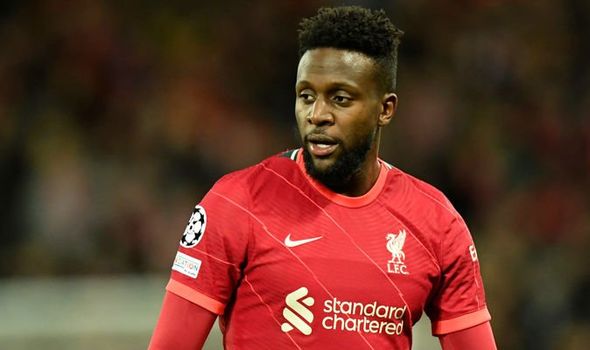 Newcastle are reportedly interested in signing Divock Origi this month but Liverpool may be reluctant to lose the striker given their current attacking absences. Origi is out of contract at the end of the season, opening up the possibility of Newcastle returning to sign the player on a free in six months’ time.

Sky Sports say the Belgium international is rated at £10million and while selling the player now to avoid losing him for free may be an attractive option, Origi remains an important figure at Anfield.

Liverpool are without Mohamed Salah and Sadio Mane at present due to the Africa Cup of Nations and once fit again, Origi will expect an increase in his minutes, particularly given the Covid problems also engulfing the club.

The 26-year-old has five goals in 10 games this season despite featuring for just 393 minutes, which is the equivalent of just over four full matches.

Three unnamed Italian clubs are said to have shown interest in Origi but he would prefer to remain in the Premier League.

And that means he may be open to joining Newcastle, whose main striker Callum Wilson has repeatedly been dogged by injuries in his time at St James’ Park.

The Magpies are showing interest in doing an immediate deal per the Telegraph given Wilson is currently on the sidelines and they are in the midst of a relegation battle.

It’s said Origi’s wages have been a sticking point for clubs interested in his talents but that may not be as much of an issue for Newcastle, who were taken over by Amanda Staveley and a consortium backed by the Saudi Arabian Public Investment Fund back in October.

Sky Sports claim it is likely the striker, who has been on Merseyside since 2014, will wait until the summer to assess his options.

And if Newcastle avoid the drop, they will be an interesting proposition for the Belgian, with the Tyneside club surely likely to be more open to meeting his wage demands if they can sign him without a transfer fee.

Yet it is not entirely certain that Origi will become a free agent at the end of the season because of a clause that was hitherto unknown.

A one-year extension in his current Liverpool contract will be automatically activated if he makes a certain number of Premier League starts this season.

The exact number of starts necessary for the clause to be activated is unknown and thus far he has only played in England’s top flight this season off of the substitutes’ bench.

But with several, starts expected in the coming weeks and months, there is every possibility Origi ends up extending his stay at Liverpool by a year, and that would require any clubs keen on him to pay a fee in the summer.

If that happens, Newcastle may opt to move on to alternative targets instead. A deal will surely be off the table if they are relegated to the Championship.

Even if they stay up, they may not deem Origi worth paying £10m or so for, or by then they may have progressed to a higher calibre of target.

Discussing Origi last month after his last-minute winner at Molineux, Liverpool manager Jurgen Klopp admitted he would sign the striker if he managed another club.

Klopp said: “Divock Origi is an incredible football player. If I would be in another club I would go for him. I thought that would happen because he didn’t have fantastic game time.

“I am very happy he is still here! I didn’t expect it to happen but I wouldn’t have been surprised (had he left). He’s a top striker, top boy.”

The German added in another interview: “He’s an incredible striker, for different reasons he did not play that often but I hope one day he finds a manager that plays him more than I do.

“He’s one of the best finishers I’ve ever seen in my life. In this great team, with our three, he doesn’t play all the time but he is a very positive boy, loves the club, wants to contribute and he did in an incredible way.”