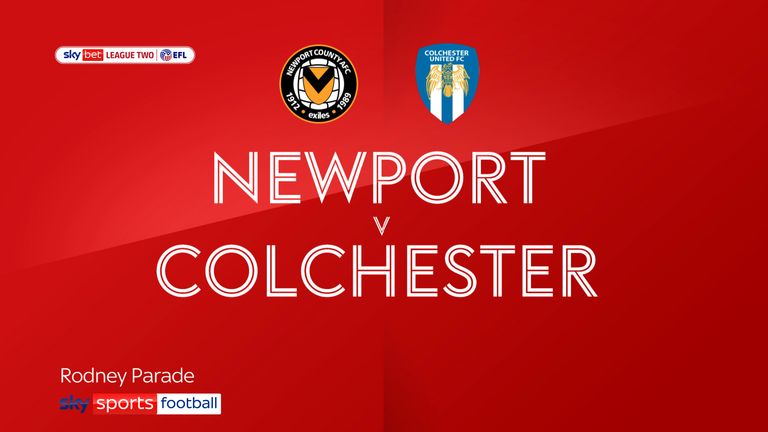 Padraig Amond’s last-minute winner sealed a narrow 2-1 Sky Bet League Two win over Colchester at a wet Rodney Parade to retain Newport’s spot at the top of the table.

In a dramatic finish, Colchester’s Jevani Brown cancelled out Scott Twine’s opener with just a minute left of normal time and it looked like it would earn the visitors a point.

But Mike Flynn’s side went straight up the other end to grab a winner when Amond converted from a goalmouth scramble following a corner.

County took the lead after 51 minutes after dominating a goalless first half.

It was another outrageous strike from Twine, this time from 25 yards after he had struck the crossbar in the first half with a free-kick.

But the Exiles were not to be beaten and Amond won it after Mickey Demetriou headed down a set-piece from Twine.