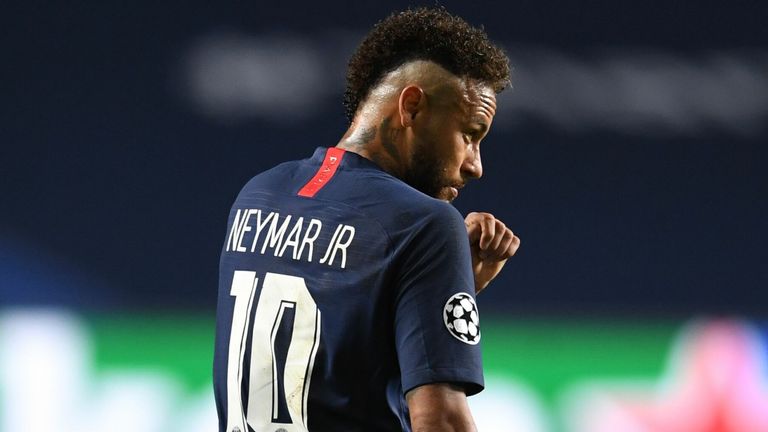 Neymar breezed into the Estadio da Luz wearing a smile on his face and carrying a speaker in his hand, even stopping to dance for the cameras on his way towards the Paris Saint-Germain dressing room.

He looked entirely at ease with the magnitude of what was to come. This was not his first Champions League final, after all. By the end of it, though, his demeanour could hardly have been more different. He sat crying on the bench as Bayern Munich celebrated their triumph in front of him.

It was supposed to be his big night. His opportunity, three years on from his £198m move from Barcelona, to finally step out of Lionel Messi’s shadow and lead PSG to Champions League glory for the first time in their history. It is precisely what he was brought there to do.

Such an outcome would have silenced his many critics. Those who feel PSG overpaid for him. Those who feel he offers style but not enough substance. But it is not how the night transpired. PSG pushed Bayern close but they could find no answer to Kingsley Coman’s goal. They needed a moment of inspiration but Neymar could not provide it.

Reaching the Champions League final is an achievement in itself, of course. Neymar was instrumental in the victories that took PSG past Borussia Dortmund, Atalanta and RB Leipzig on their way there. But history rarely remembers the runners-up and Neymar’s tears showed he knows it.

PSG have dominated domestically since Neymar’s arrival in France, winning three consecutive Ligue 1 titles and a lot more besides. But any player who wants to be considered the world’s best will always be judged by his performances on the European stage and the Champions League has been a persistent source of disappointment for him since 2017. 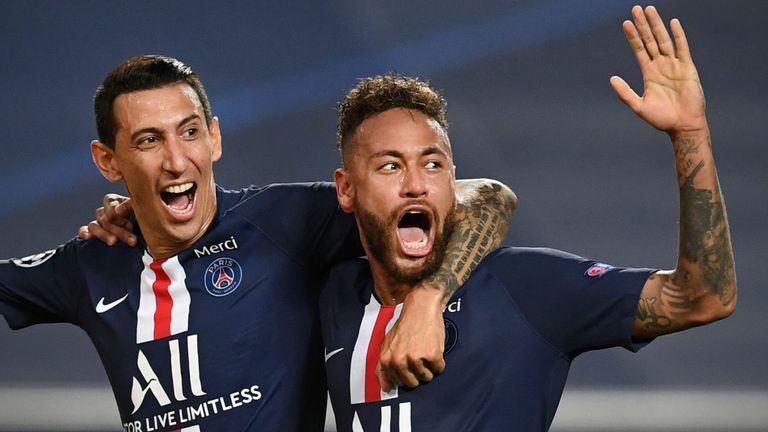 In his first season, Neymar was part of the side beaten 3-1 in the first leg of their last-16 meeting with Real Madrid, only to then miss the second leg with an injury. The following year, he was absent again as PSG were knocked out by Manchester United at the same juncture of the competition.

It seemed at that point that Neymar’s time in Paris was coming to an end, with Barcelona eager to take him back to Catalonia. But after months of speculation he resolved to stay. Thomas Tuchel even managed to make him work harder for the team. At 28, Neymar was finally maturing.

That maturity could be seen in the way he chased down red-shirted defenders on Sunday night, covering more ground than any of his team-mates with the exception of Marquinhos. Neymar’s mentality has changed. He is now at the peak of his powers. But it was not enough in Lisbon and that is why the pain of the defeat is so acute for him.

There is no escaping that it is a missed opportunity and Neymar will also be aware that it might have been a different story had he buried the chance he fired into the legs of Manuel Neuer early in the first half. 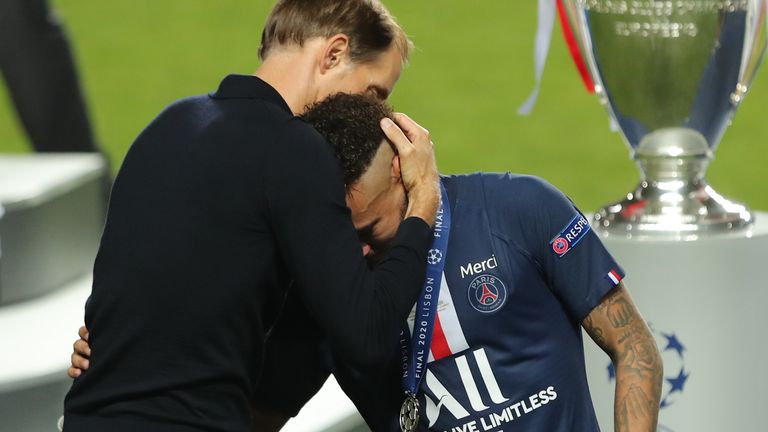 “We talked about it before, that the first goal would decide the match,” lamented Tuchel afterwards. “It’s a pity we couldn’t do it because it would’ve been a big obstacle and a challenge for them to turn it around.”

It was certainly a pivotal moment. Bayern, emboldened by Neuer’s heroics, recovered their poise soon afterwards and began to dominate. And while there were flickers of Neymar’s class in the remainder of the game, that first-half chance was about as good as it got for him overall.

In fact, in the closing stages, his new-found maturity made way for petulance and frustration. It is understandable that the heavy tackles should rile him, of course. Few players attract more fouls. But the problem was how it affected his game. Late on, at a time when PSG needed quality and composure, Neymar could only offer sloppy touches and missed passes.

What happens next is not entirely clear. Neymar has two years to run on his contract at the Parc des Princes. His agent, Wagner Ribeiro, recently stated that the Brazilian is content to stay at the club for the duration of that contract. But there is always an element of uncertainty around his future and the defeat in Lisbon is sure to prompt speculation.

The one that got away for PSG and @neymarjr… ❌🏆

The one that got away for PSG and @neymarjr… ❌🏆

Neymar may feel his chances of achieving true greatness would be better elsewhere.

Barcelona would love to have him back in Catalonia and Real Madrid are in a rebuilding phase too. But the finances involved in a transfer would surely be too much for any club in the present climate. And besides, few clubs are better placed than PSG to go one step further than they managed in Lisbon in the years ahead.

In Tuchel, they have a manager who has succeeded where the others have failed. A manager who has united the dressing room and moulded a collection of stars into a team. Their starting line-up is as strong as any in world football and crucially, their Qatari backers have near limitless funds to strengthen any areas of weakness.