Neymar was sent off as Paris Saint-Germain moved 13 points clear at the top of Ligue 1 following a dramatic 4-3 win over Bordeaux.

Edinson Cavani became the first player to score 200 goals for the club when the Uruguay international cancelled out Hwang Ui-jo’s surprise opener.

Marquinhos scored in both halves and Kylian Mbappe was also on target, while Neymar was sent off in added time following a second bookable offence.

Neymar was already on a yellow card when he made a rash challenge on Bordeaux substitute Ruben Pardo and received his marching orders, before sarcastically clapping the referee as he made his way off the field and proceeding to rip off his shirt in disgust.

Nolan Roux put the visitors ahead with less than one minute gone before Niang scored his first shortly after.

Anthony Briancon was dismissed for Nimes early in the second half, with Niang scoring the winner in the 89th minute. 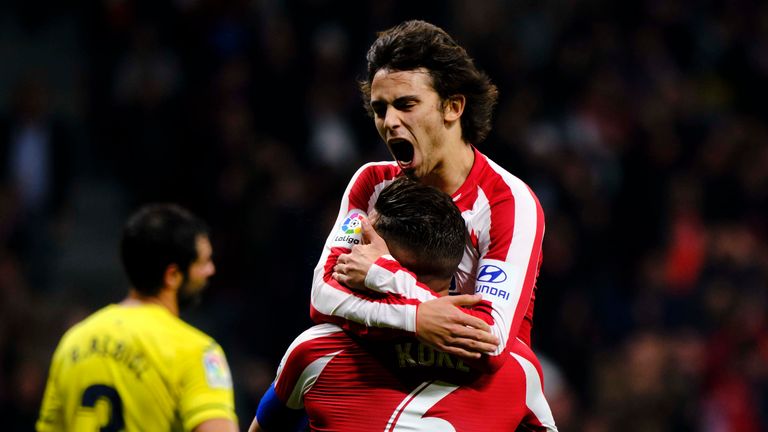 Joao Felix returned from injury to inspire Atletico Madrid to a 3-1 home win over Villarreal in La Liga.

Villarreal struck first through Paco Alcacer, but Angel Correa pulled one back for the hosts five minutes before the interval.

Koke put Diego Simeone’s side ahead in the second half with Felix securing the three points with his 74th-minute strike.

The victory takes Atletico Madrid up to third after Getafe were defeated 3-0 by Sevilla at the Coliseum Alfonso Perez.

The visitors were on the scoresheet shortly before half-time when Sergio Reguilon set up Lucas Ocampos for the opener.

Fernando then doubled Sevilla’s lead midway through the second half before Jules Kounde put the game out of reach with 15 minutes remaining.

Espanyol remain rooted to the foot of the table following a 2-1 defeat at Real Valladolid.

The basement boys were forced to play the majority of the match with 10 men when David Lopez was sent off after 25 minutes.

Adri Embarba scored a consolation penalty for Espanyol who are five points adrift of safety.

Darwin Machis scored twice in the first half as Granada secured a 3-0 away win at Osasuna, while Rodrigo Ely scored in stoppage time as Alaves came from behind to see off Athletic Bilbao with a 2-1 victory. In Italy, Lazio moved back to within one point of Juventus at the top of Serie A following a 3-2 victory at relegation-threatened Genoa.

Adam Marusic opened the scoring for the visitors with two minutes gone before Ciro Immobile doubled Lazio’s lead shortly after the interval.

Immobile’s second-half strike ensured he became the first player since Inter Milan’s Antonio Angelillo in 1959 to score 27 Serie A goals after 25 matches.

In the league’s only other fixture, Roma ended a three-match losing streak by putting four past Lecce.

Cengiz Under and Henrikh Mkhitaryan scored in the opening half before Edin Dzeko and Aleksandar Kolarov netted after the break in a comprehensive victory for the home side.

Inter Milan’s encounter with Sampdoria, Cagliari’s visit to Verona, Atalanta’s match against Sassuolo, and Torino’s clash with Parma were all postponed due to fears over the spread of the coronavirus.

Che Adams earns Southampton a rare away win at Watford