Neymar: Pundits on whether PSG move was the right decision

Neymar thinks PSG team-mate Kylian Mbappe has stabbed him in the back, according to reports in Spain. The duo have been allies at the Parc des Princes ever since joining the club in the summer transfer window of 2017. But all isn’t well behind the scenes, with the pair involved in an argument during Saturday’s 5-2 win over Montpellier.

Mbappe missed a penalty as PSG put their Ligue 1 rivals to the sword on Saturday night.

And, when the reigning champions were awarded another spot-kick towards the end of the first half, he insisted he should be the one to take it.

Neymar then proceeded to argue with Mbappe and eventually dispatched the effort himself, before netting again in the second half.

And with the duo’s relationship worsening, Mundo Deportivo have now provided an intriguing update on the situation.

It’s claimed that, back in the summer, Mbappe tried to ‘force’ PSG into selling Neymar after he decided to turn down Real Madrid in order to stay in France.

There had, previously, been the expectation the 2018 World Cup winner would move to the Bernabeu after much speculation.

Yet Mbappe, after being promised he would be the main man at PSG ahead of both Neymar and Lionel Messi, then decided to stick – rather than twist.

The report says Neymar now feels as though he’s been ‘stabbed in the back’ by his team-mate due to Mbappe trying to get him to leave.

And the Brazilian apparently criticised his attacking partner for what he perceived to be a ‘dirty game’.

Neymar has added further fuel to the fire by ‘liking’ a social media post that criticised Mbappe for trying to take the penalty, despite missing his previous effort. 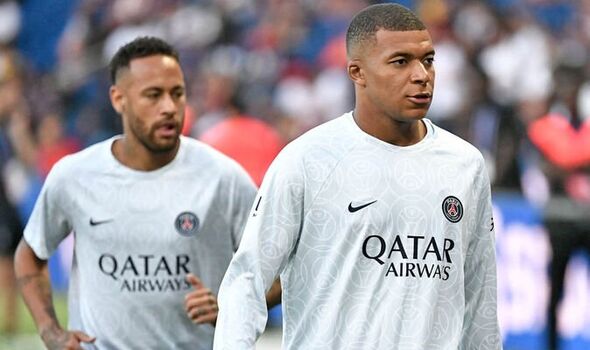 And it’s clear the PSG duo will have to resolve their differences as they look to win every possible trophy with Christophe Galtier at the helm.

Mbappe also went viral during the match with Montpellier for appearing to give up on an attack, with the France international just stopping as his team-mates went forward.

Galtier has now explained that incident, however, with the 55-year-old defending his talisman by saying: “Kylian played his last game three weeks ago so I knew it was going to be tough on a physical level for him.

“When he’s at 100 per cent, he’ll make the difference even more. 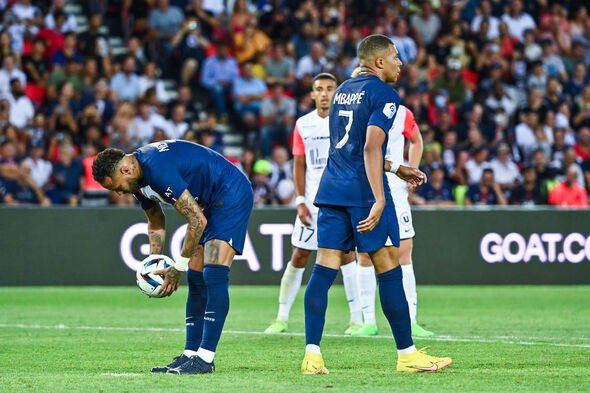 “It’s a bit normal for him to be disappointed at being a little short physically compared to his teammates.”

Speaking after the row between Neymar and Mbappe, the Frenchman said: “For this match, the order was chosen thus. 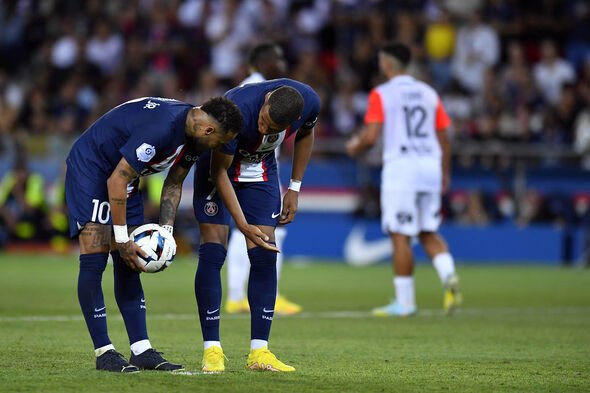 “Kylian shot first, so it was logical that Neymar went next. We’ll see in the future.”

“With the penalty, he sulked a bit but that’s normal. He’s a great player, he wants to make a difference,” said the Italy international.

“It’s good when he’s angry, it means he cares about this team.”