Nicolas Anelka has opened up on the ‘hostile’ atmosphere he was faced with in the Real Madrid dressing room after signing for the Spanish giants in 1999.

Anelka is the subject of a new Netflix documentary titled ‘Anelka: Misunderstood’ that aired on Wednesday. It details the French striker’s crazy career from his time at PSG as a youngster, to his various spells in English football and the infamous 2010 World Cup.

But Anelka spoke openly about the traumatic time he experienced with Real after moving to the Spanish capital for £22.3million from Arsenal. 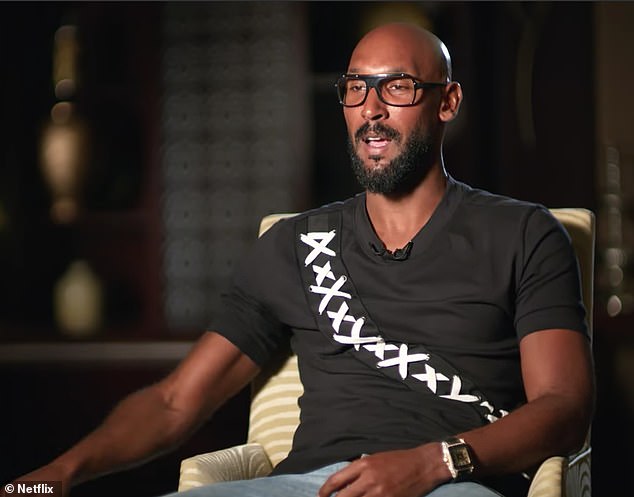 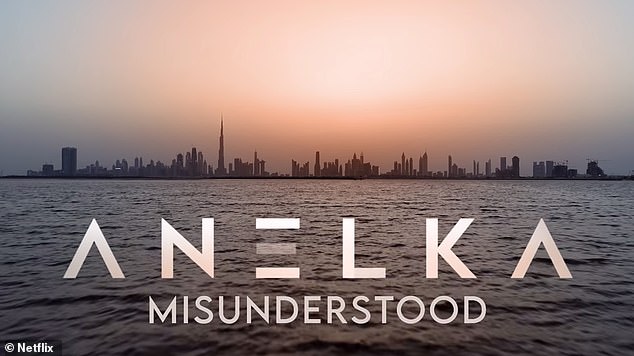 Anelka: Misunderstood was released on Wednesday and is fascinating insight into his career

Anelka exploded onto the scene under Arsene Wenger and won the PFA Young Player of the Year award, as well as the Premier League and FA Cup double in his time with the Gunners.

But, after arriving at the Bernabeu, Anelka struggled to adapt to his new team-mates and life under the microscope at one of the world’s biggest football clubs.

Speaking in the documentary, Anelka recalled how none of his team-mates would allow him to find a space in the dressing room after his first training session.

‘After the press conference, I went to the changing room. I got there first, sat down, but players kept coming up to me and saying: “That’s my spot”. I would say: “Oh, sorry. Can I sit here?” and then another player would come up and say: “That’s my spot”.

‘It happened maybe 20 times. I just thought: “What am I doing here? This is going to be hostile”. What I experienced that day was just the beginning of the nightmare.’

Anelka struggled to perform on the pitch in the early stages of his career in LaLiga. He failed to score in his first five months in the white of Real and it began to take its toll. 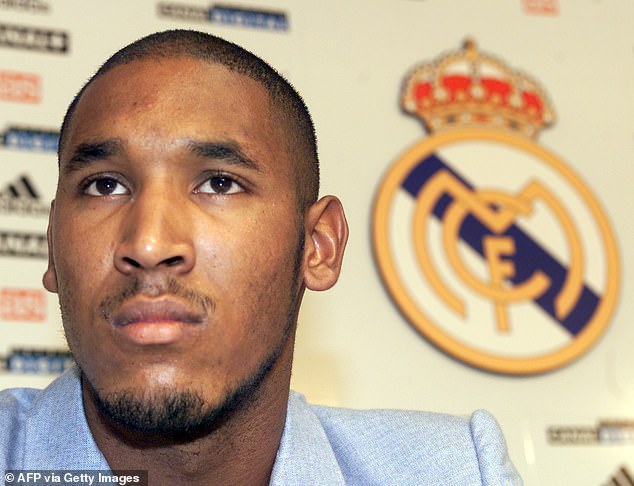 Anelka joined Real for £22.3million in 1999 after impressing in England with Arsenal 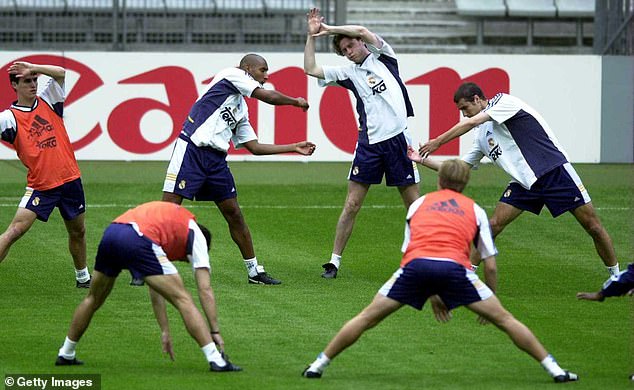 The 41-year-old added: ‘There was so much pressure. I was in the press every day. On the pitch, things weren’t great. I couldn’t have a private life. I couldn’t do anything.

‘You’re 20, you can’t walk down the street. Everything you do gets talked about, everything you buy is in the newspapers the next day.’

Anelka’s brother Didier also revealed how they had to put barriers outside the striker’s house to keep the press outside. His mother, Marguerite, also suffered a panic attack because of the pressure on her son.

Father Jean-Philippe Anelka once revealed how he was convinced the media attention was going to make his son quit football.

Anelka also recalled a rare interview he was asked to do by Spanish newspaper Marca that turned out to be a set up.

‘I was invited to Marca’s offices,’ he explained. ‘I went to give them something because I didn’t usually talk to them. For the photo, the journalist asked: “Will you play a FIFA game?” I played and I scored on the console. Against Atletico, I think.

‘”Anelka finally scores a goal… on a video game” was headline the next day. It was a press trap. I just didn’t get it, back then. Looking back I messed up but I didn’t think they’d be that vicious.’

After scoring his first goal for Real at the Club World Cup finals in Brazil, Anelka began to find his feet and also found the back of the net against Barcelona in El Clasico. 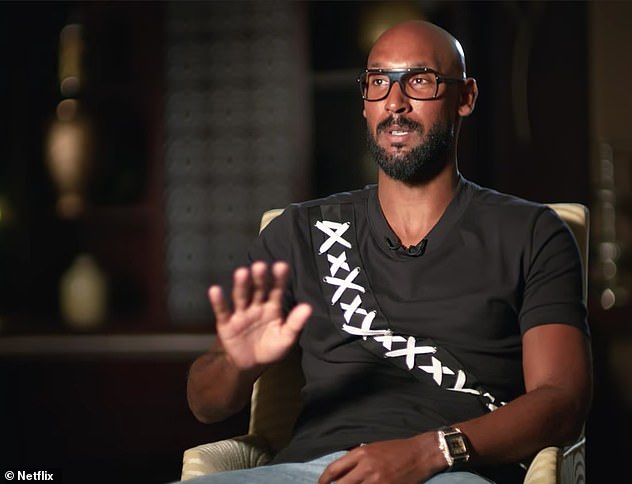 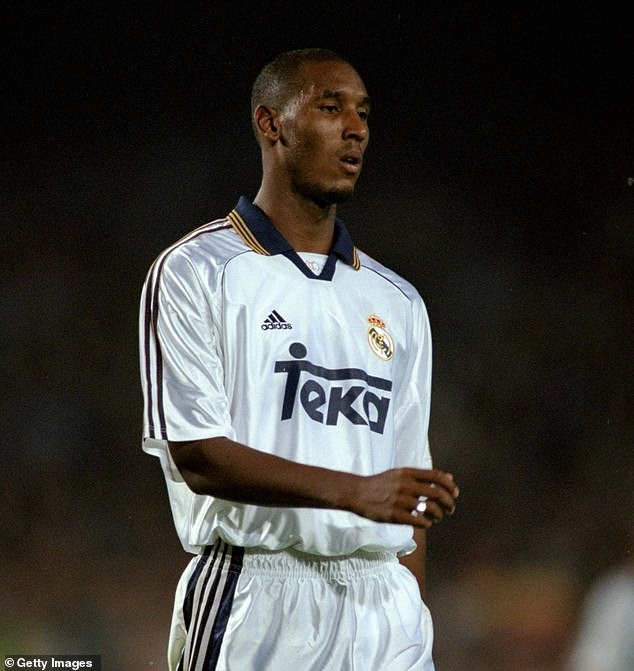 But another deterioration in form saw him dropped to the bench and it was the start of another spat between Anelka and the club’s hierarchy. Despite his alleged attempts to restore the peace, Real were unwilling to discuss his role in the squad and Anelka refused to train.

He said: ‘I scored against Barcelona, I was so happy. In the next game, I was average and then after that I was on the bench.

‘So one day I turned up to training and said: “We’ve got to talk’. They said we’ll talk after training and I said: ‘No, no before training’.

‘They made it clear they wanted to talk after. I went to war when, in truth, I just wanted to talk. I had this street kid mentality and wouldn’t submit.

‘I missed training and was called into chat by one of the presidents. He said: “You better be in training tomorrow” and I said: “We’ll see about that”.

‘Once again they created a drama around me when all I wanted was them to leave me alone so I could focus on football.’

After being fined and suspended for missing training, Anelka managed to work his way back into contention just in time for the business end of that season’s Champions League, scoring twice in the semi-final victory over Bayern Munich. 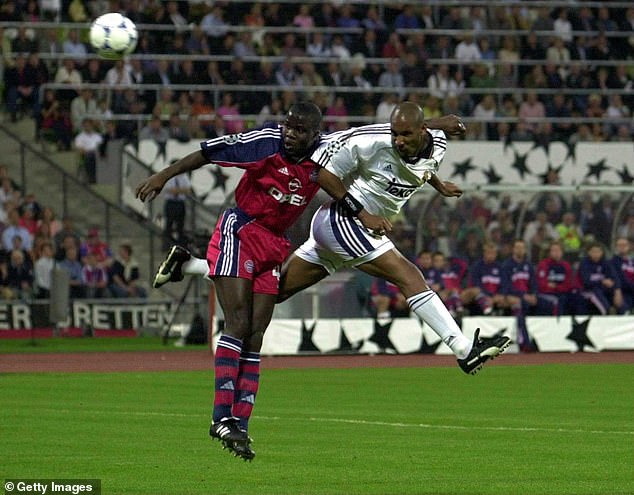 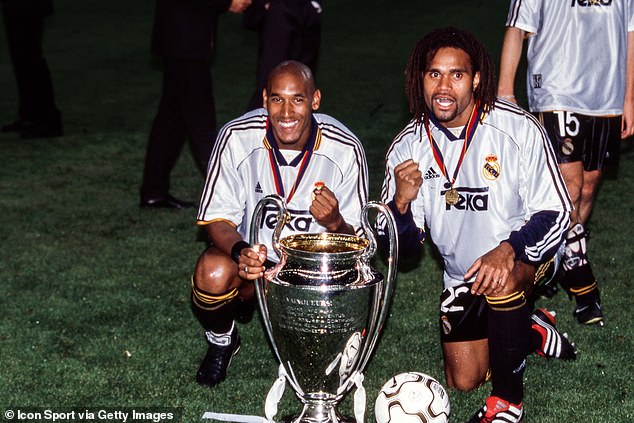 He also played in the final in Paris as Real won their eighth European title against Spanish rivals Valencia. Anelka admits that he regrets how his time at Real ended.

‘Going back to training was really tough because the players were against me,’ he explained.

‘A lot of them were out to get me on the pitch, but I came from England. I knew how to be physical. There were little fights and duels out on the pitch but everything fell back into place and got back to normal.

‘I helped Real win their eighth Champions League title. I’m proud of that. I didn’t do much. I did very little at Real Madrid. I would have liked to do much more but I didn’t get the chance.

‘With hindsight, if you want to play for Real Madrid, sacrifices need to be made but I was too young to understand. There are things I shouldn’t have said or done. It was early in my career, maybe too early. I didn’t know it was the only Champions League I’d win, for example.’