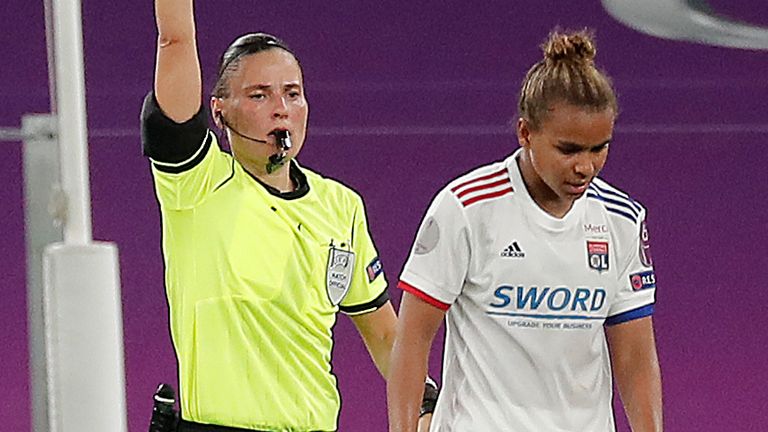 Lyon are one win away from a fifth successive Women’s Champions League title – but they will be without Nikita Parris in the final after the England striker saw red in Wednesday’s 1-0 win against Paris Saint-Germain.

Wendie Renard’s header midway through the second half proved the difference in the all-French semi-final tussle, with Lyon advancing to face Wolfsburg in Sunday’s showpiece at Real Sociedad’s Anoeta Stadium.

Lyon will have to overcome the absence of Parris, who received a red card 15 minutes from time at San Mames in Bilbao.

Already on a caution, Parris was booked for a second time for barging into PSG goalkeeper Christiane Endler. 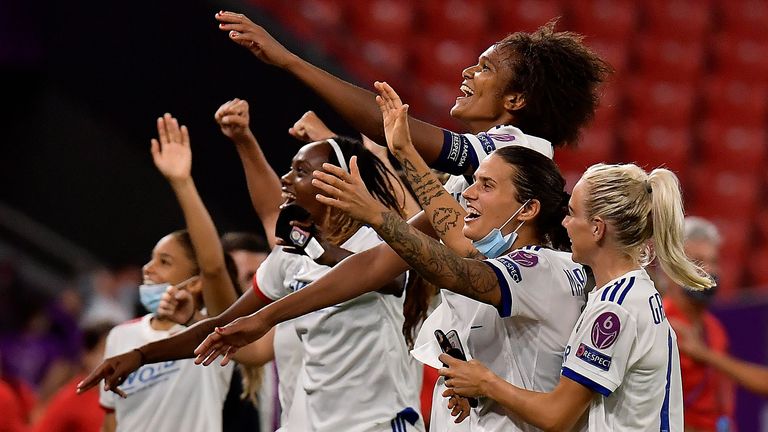 Parris instantly recognised her indiscretion as she put her hands towards her head before trudging off the field.

Man City be warned, this is a very different Real Madrid