Manchester City super-fan Noel Gallagher has been pictured at the Champions League final ahead of his side’s clash with Chelsea.

The former Oasis guitarist is one of around 12,000 British fans allowed into the Porto stadium for the European showpiece on Saturday evening.

There will be a reduced crowd of up to 16,500 present at the Estadio do Dragao in north-west Portugal, roughly 12,000 of which are fans of either side, due to the impact of the coronavirus pandemic. 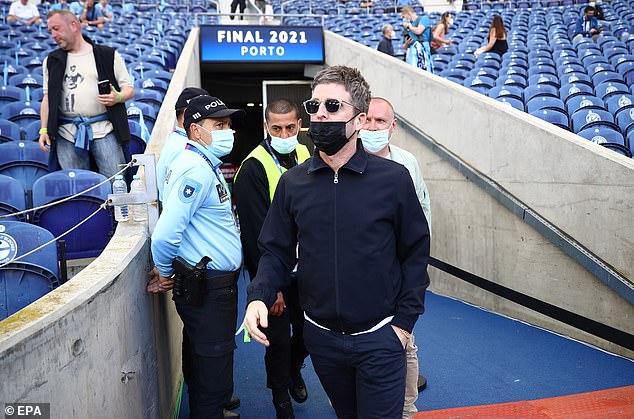 Iconic rocker Gallagher, a lifelong fan of Pep Guardiola’s side, was pictured entering the stadium and being interviewed by BT Sport ahead of the match.

He said: ‘I got here about three hours ago. It could be one of the greatest birthdays ever. It’s our first final. I’m bricking it. Because it’s an all-English final, the abuse I’m going to get from taxi drivers will be relentless if we lose.

‘The gaffer’s got form for it. I’m surprised (Raheem) Sterling’s starting. I’ve been asked all week how does it feel. I’ve been supporting our team for 47 years. I’ve seen us win one trophy until the Abu Dhabi group took over.

‘(Is it bigger than Glastonbury?) Absolutely. It’s going to be a really tight game. If Man City turn up at our best then we can beat Chelsea at their best.’ 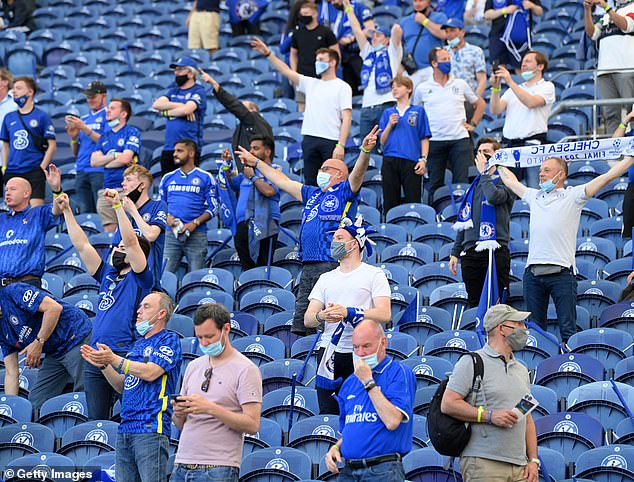 Around 12,000 British fans have descended on the Estadio do Dragao in Porto for the match

Noel then quipped: ‘Mate – that’s worse than one of your own goals,’ to huge laughs from Carragher and ex-City defender Micah Richards.

It was revealed earlier this month that Man City owner Sheikh Mansour would pay the travel costs of fans travelling to the final, with Covid-19 tests and inflated flight prices making the finances ‘unmanageable’ for many fans. 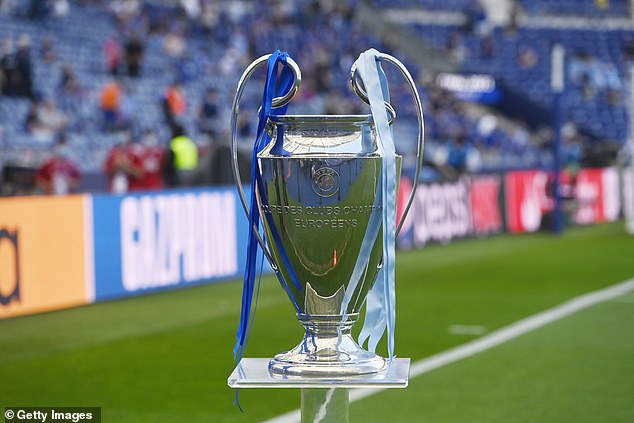 City’s opponents Chelsea have, controversially, struggled to fill their ticket allocation for the final.

Sportsmail reported on Wednesday that the club had sent back 800 unsold tickets with their £200 day-trip packages unpopular and telling Blues fans there were no more tickets available, sparking fury.

However, the Chelsea Supporters’ Trust launched a scathing attack on UEFA, accusing them of ‘intentionally preventing’ the final.

The presence of any British fans was criticised by Portuguese politician Rui Rio, who questioned why supporters from abroad were allowed to come to watch the game in person when many games in the country were being played behind closed doors.

Patrick Vieira may find himself in Toronto hotseat after Nice sacking