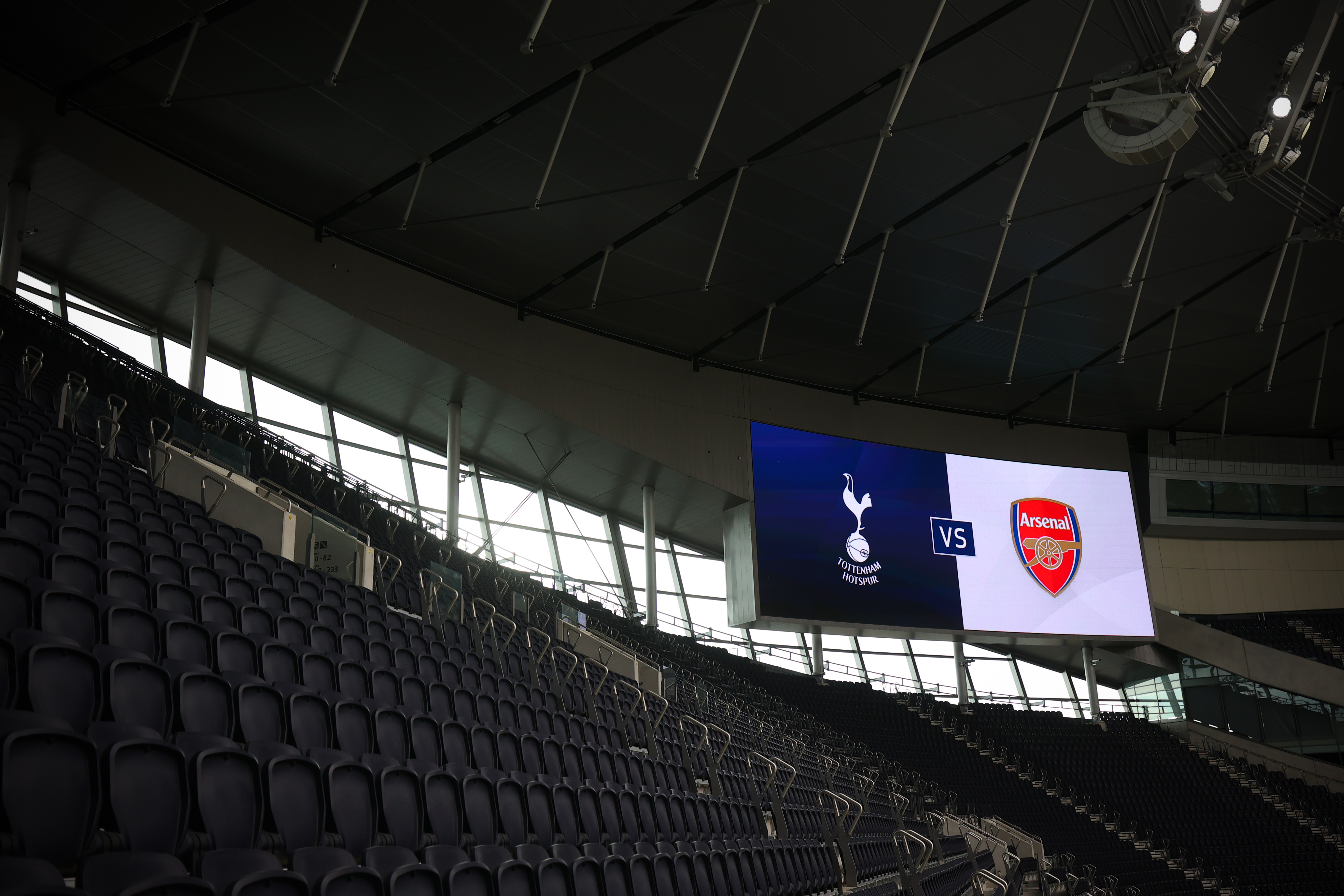 The north London derby between Tottenham and Arsenal has been postponed after the Premier League accepted the Gunners were unable to field a team.

Mikel Arteta’s squad has been decimated by a spate of injuries, while four senior players are unavailable due to their commitments at the Africa Cup of Nations.

Granit Xhaka, meanwhile, is suspended following his sending off against Liverpool in midweek, while Martin Odegaard remains in isolation following a positive Covid test.

The Premier League’s new Covid-19 guidelines state that teams must be able to field 13 outfield players for a game to go ahead and ceded to Arsenal’s appeal given the number of players they had available.

‘We know how much this match means to our fans around the world,’ Arsenal said in a statement.

‘But the Premier League has made the decision to postpone the match, due to many players across our squad currently being unavailable as a result of Covid-19, existing and recent injuries, in addition to players away with their countries at AFCON.’

Arsenal’s request to have the game postponed has drawn widespread criticism given, officially, only one member of their first team squad is known to have contracted Covid-19.

Moreover, Arsenal sanctioned the loan departures of Folarin Balgoun and Ainsley Maitland-Niles earlier this week in the full knowledge their squad was already stretched heading into a busy period of fixtures.

Criticising the Premier League on Friday night, Sky Sports pundit Gary Neville said: ‘I honestly believe that all teams, not just in the Premier League but in the EFL now, must be made to play their fixtures. Balogun has gone out on loan, Maitland-Niles has gone on loan, Xhaka has got a red card, that’s not the fault of anybody else. We can’t be calling fixtures off.

‘If it was purely down to Covid in extraordinary circumstances and there were 10 or 15 players out. But we’re now talking about teams for the last few weeks where there’s no doubt they’ve been calling games off based on whether they think they’ve got the best squad or team to win a game. It’s got to stop.

‘And I have to say that’s not a dig at Arsena. I should have spoken three or four weeks ago. Manchester United, other teams, have got 30 or 40 players in their squad, I’m not having that they can’t get 14, 15, 16 players together.

‘And so for me it should be rejected. Without knowing the exact detail, unless there’s an absolute load of Covid cases come in today at Arsenal, I feel having played last night at Liverpool and played fantastically well by the way, it has to stop now. They have to make teams play.’