Northern Ireland may be one game away from reaching their second European Championship finals in a row, but the Nations League remains a tough nut to crack.

Defeat to Austria in front of 600 fans at Windsor Park means they have taken just one point from seven games in this competition. Even more worrying, they have now lost seven of their last 10 competitive matches in Belfast, winning just once.

Northern Ireland could have no complaints about this latest setback, three days after reaching a Euro 2020 play-off final by beating Bosnia on penalties, as they lost to a Michael Gregoritsch goal in the 42nd minute 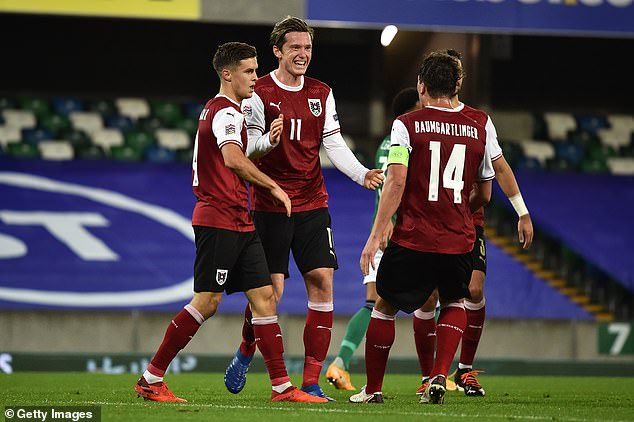 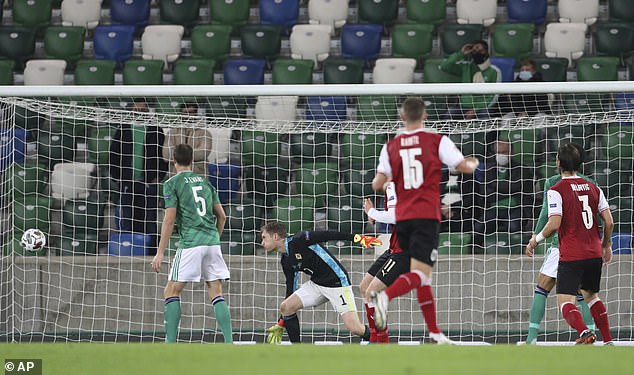 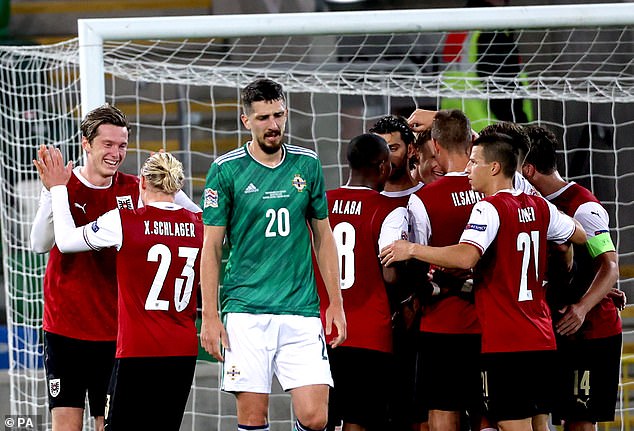 They remain bottom of the group ahead of Wednesday’s game in Oslo against a Norway side that won 5-1 in Belfast last month.

Manager Ian Baraclough made five changes to his line-up in Sarajevo. Goalkeeper Michael McGovern, playing his first competitive international for three years, Conor McLaughlin, Gavin Whyte, Jordan Jones and Kyle Lafferty all came in to freshen up the team.

However, they were decidedly second best in a first half that saw them muster just one shot on target compared to 10 from Austria. It should have produced more than the one goal that took until three minutes before half-time to arrive.

Bayern Munich man David Alaba was a constant threat down the left and it was his diligence in chasing a ball into the corner that helped set up the chance. Alaba laid the ball back for Martin Hinteregger who swung over a left-footed cross. Gregoritsch had pulled away from Jonny Evans who was rooted to the spot when the ball came over, and Gregoritsch rose to plant a downward header into the corner with McGovern well beaten.

It was no more than Austria deserved after wasting a string of chances. Alaba’s freekick in the 24thminute found Hinteregger unmarked in front of goal but the defender could only get the faintest of touches and directed the ball straight at McGovern.

Highly-rated Hoffenheim forward Christoph Baumgartner was a real handful for the Northern Ireland defence but he was guilty of squandering two excellent opportunities. 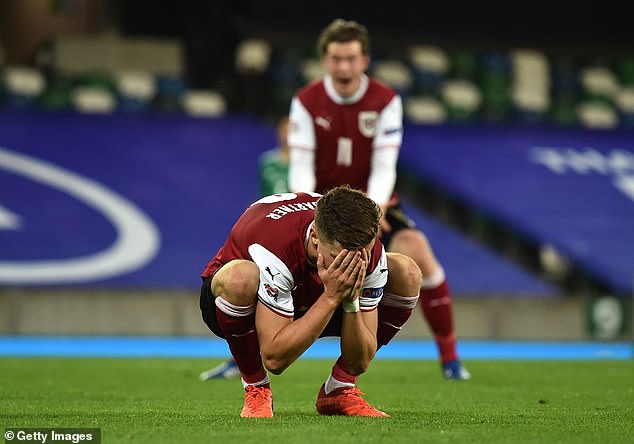 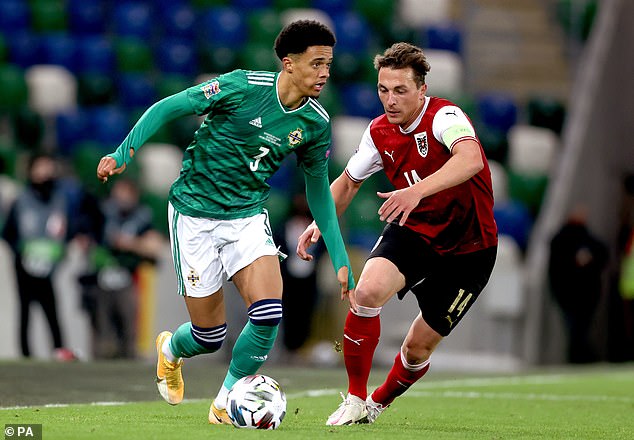 The best of them came in the 29th minute when Craig Cathcart tried to take an extra touch at the back and Baumgartner stole in to take the ball off him. The 21-year-old was through on goal and looked to certain to score, but in curling the ball around McGovern he also cleared the far post as well.

His second chance arrived in the 35th minute and again it began with an Alaba pass, this time to Reinhold Ranftl wide on the right. Ranftl headed it to the back post where Gregoritsch headed it across the six-yard box for Baumgartner to volley inches over. 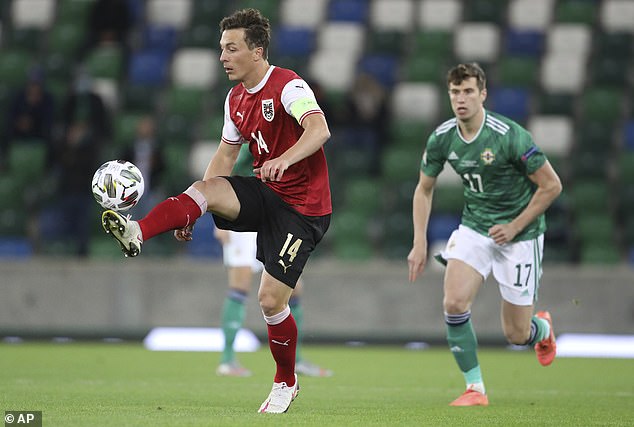 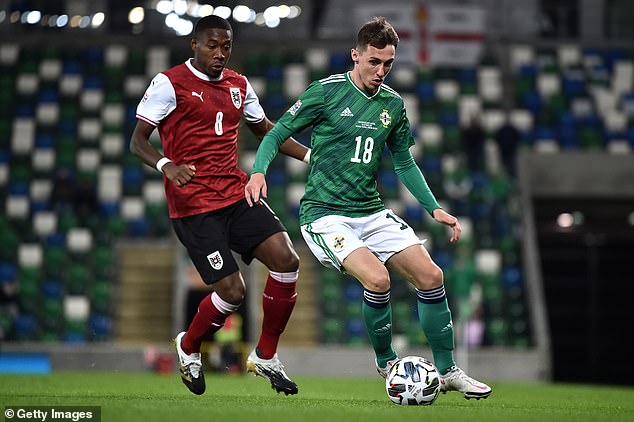 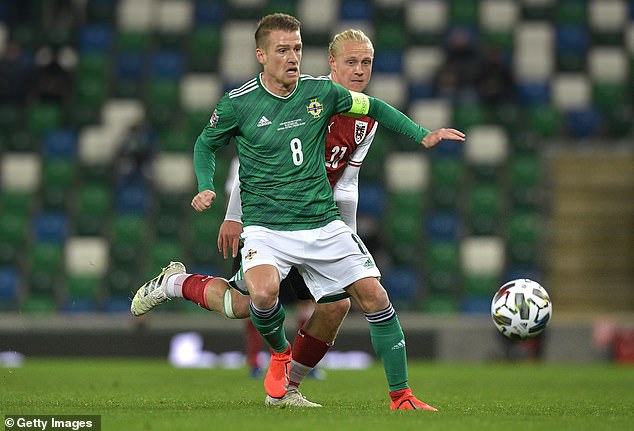 It was a disappointing first-half show from Northern Ireland and they made a more lively start to the second period without ever really threatening. It was no surprise to see the ineffective Lafferty make way for Conor Washington on the hour mark.

Still, there was no hint of an equaliser until deep into added time when a quick free kick was played to another substitute, Liam Boyce, but Northern Ireland’s penalty hero in Bosnia was off target this time as he fired inches wide of the far post.

Still, Baraclough will accept defeat here if his team can produce a win when they return to Windsor Park next month to face Slovakia for a place at the Euros. 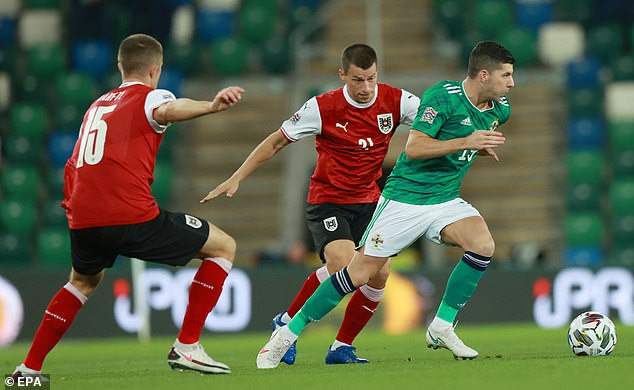 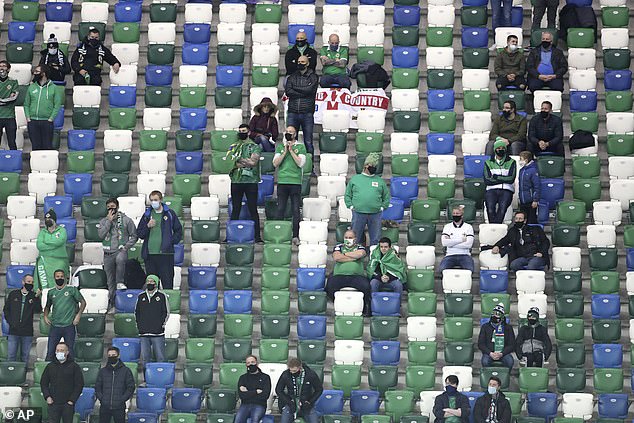 A number of fans were in attendance as a lucky 600 got tickets out of 12,000 applicants