Given how promoted clubs tend to attack staying in the Premier League, Norwich’s approach seemed to be closer to madness than normality.

There was method behind their decision to ignore the well-trodden path of spending big to try to stay in the Premier League.

But with relegation confirmed by defeat against a West Ham side inspired by four-goal ace Michail Antonio, the wisdom has to be questioned. 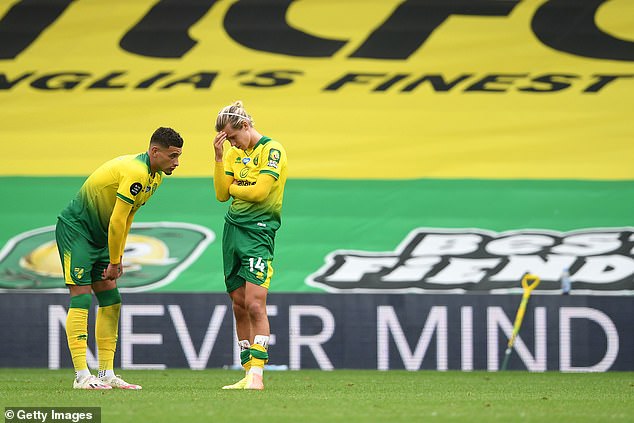 Man of the Match: Antonio

Norwich spent less than £1.5million on permanent first-team signings after winning last season’s Championship. In contrast, Sheffield United splashed out over £60m and are set to be rewarded with European football.

Mad to not even try? Perhaps, but take also promoted Aston Villa. Despite a £140m-plus spree, Villa are still heading for the same fate as Norwich but with the added headache of increased financial burden.

Norwich will return to the Championship well placed to launch another promotion bid, confident there will be no mass exodus or need to sell their prized assets.

Their Premier League riches have been spent on improving their infrastructure, something from which they hope to reap the rewards in years to come.

Around £25m was spent upgrading the training ground and revamping other parts of their Colney base.

On the pitch, they stuck pretty much with what they had. The players who helped get them up had earned a crack at the Premier League and Norwich invested in them instead. Ben Godfrey, Max Aarons and Todd Cantwell were all rewarded with new contracts last summer.

Because of their approach, manager Daniel Farke estimated their survival chances pre-season at just five per cent. But along the way, Norwich were determined to learn what they could and enjoy the ride, safe in the knowledge it would not be a disaster if they went down.

‘We will grow from this experience,’ Farke said. ‘This season was unbelievably important for the development of the club. We are in a solid financial situation. I expect all our key players and young prospects are willing to stay and we are capable of keeping them.’ 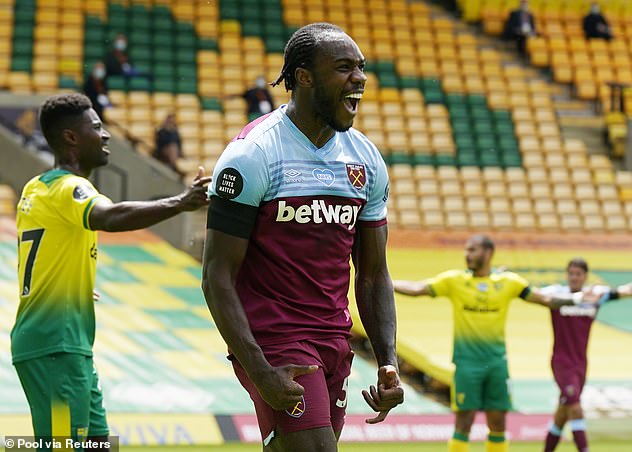