Ole Gunnar Solskjaer has described the failed European Super League as a ‘mistake’ and a ‘bad idea’, and says he is glad the venture collapsed.

Manchester United were at the forefront of the plans with chairman Joel Glazer set to become vice-chairman of the ESL, but it fell apart in the face of huge opposition from clubs, fans and players across Europe.

Solskjaer believes the idea of a closed shop of Europe’s elite clubs went against the competitive values of football. 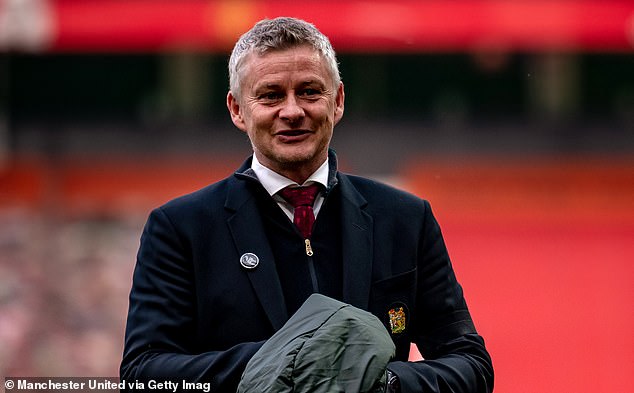 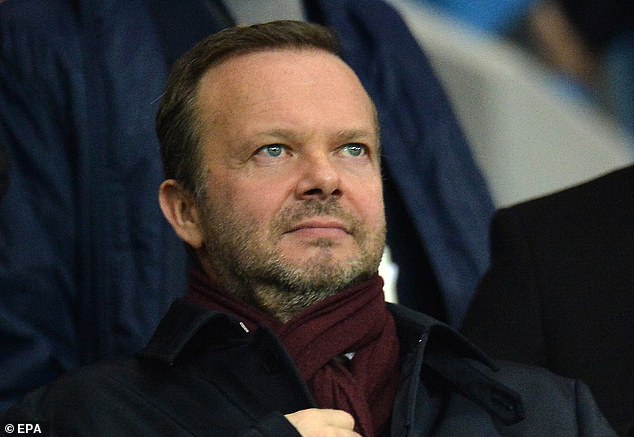 He said: ‘I didn’t like the concept anyway. It has to be on sporting merit. I want to earn the right to play in Europe.

‘We know that we are pioneers and have been in Europe for many years, the Busy Babes, that’s one part of it. We want to be part of successful European campaign again. One of my best nights have been something that we worked really hard towards.

‘But you can’t just be given it because your name is such and such. To get the best possible performance I’ve always believed in stepping out of your comfort zone and being afraid of failure, living on the edge, and that wasn’t part of this.

‘I’m very happy that all the clubs have admitted their mistake that it was a bad idea and the way it came out. 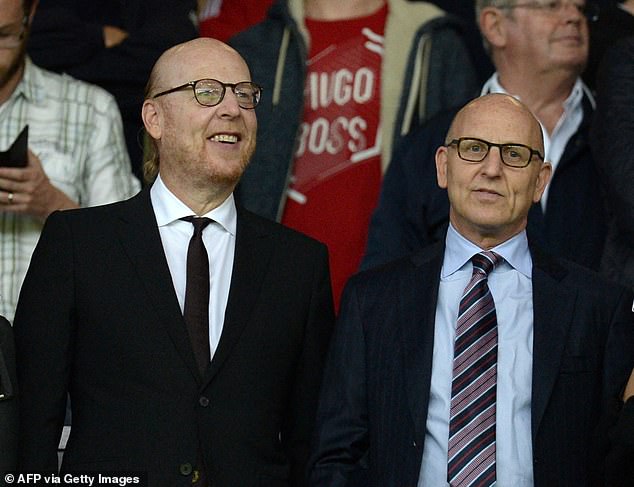 Joel Glazer (right), who was set to be one of the Super League’s vice-chairmen, admitted the club ‘got it wrong’ in signing up 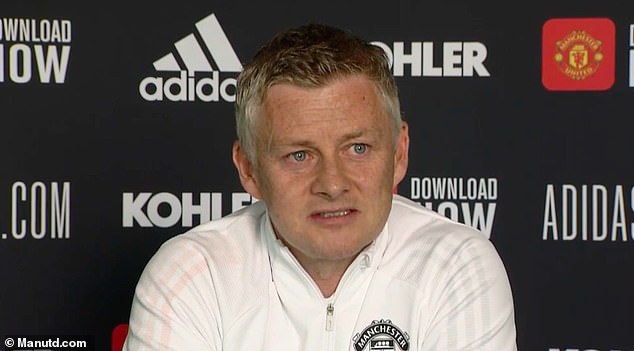 Solskjaer, speaking ahead of his team’s trip to Leeds on Sunday, said there needs to be a ‘fear of failure’ in football

‘Man United is the biggest club in the world and we want to be part of European football. We want to do that by doing what my players did last season. They were excellent.

‘They were afraid of not making it to the Champions League and were so many points behind and came together as a team.

‘We came third which was a great achievement, this season we are second. I back my team to be at the top in Europe but that fear of failure is helping us.

‘Being a sporting competitor, my nature is not being handed things in my opinion.’

Solskjaer was confronted by angry fans at the club’s training ground on Thursday with a group of 20 anti-Glazer protesters demanding to know why he did not stand up to the club’s American owners.

The United boss added: ‘I’ve always had good relationship with the club owners, of course behind the scenes we speak and they listen to my opinions.

‘I will always listen to the fans and I thought it was the right thing to do to go and speak to them and have a nice peaceful discussion.

‘It’s important that we respect each others’ views. I said a few things about what about the team will do in the future. It was a good 10 minutes and I was happy with that. We didn’t shake hands, we gave a fist bump and parted. Part of my job to speak to Man United fans.

‘I’m very happy that the fans have voiced their opinion and we have listened to them. In a strange sort of way it has brought the football pyramid or community together and I think that’s important. 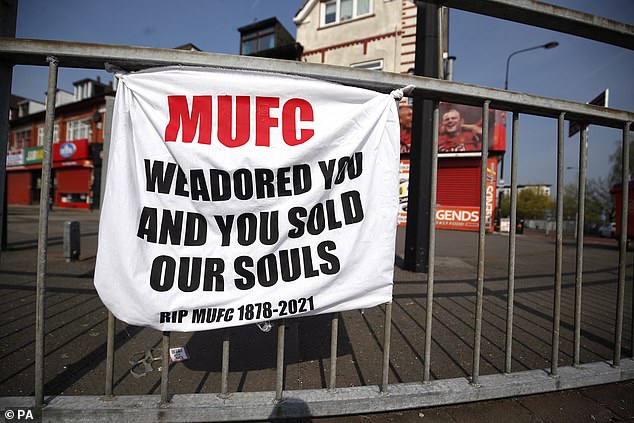 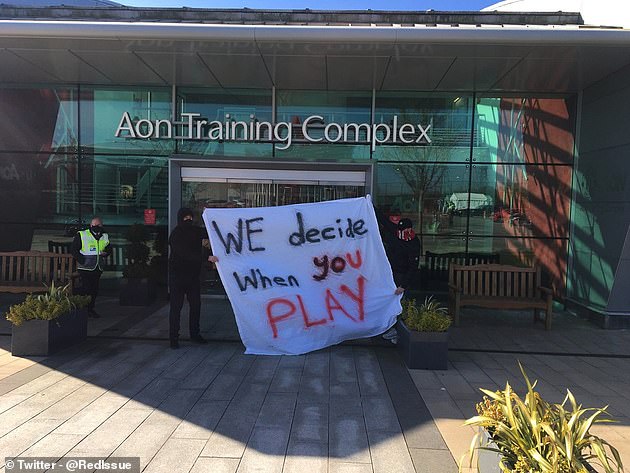 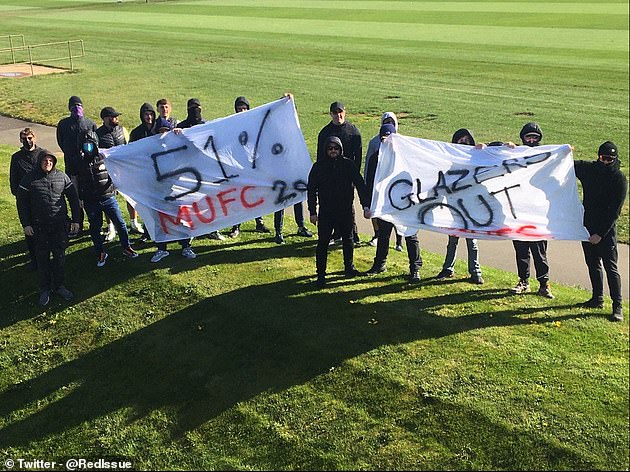 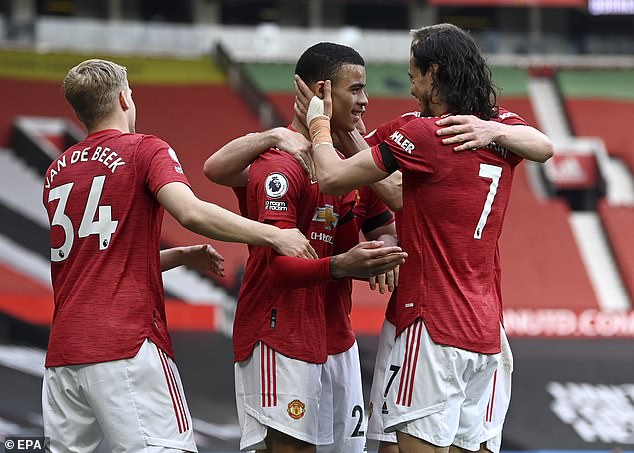 ‘I’m a supporter myself. There will be a day that I will come back and watch Man United and I want to watch a Man United team even with a fear of failure.

‘We have a banner at Old Trafford, football is nothing without the fans, and just when we were about to get them back in, we get this.’

The ESL debacle resulted in United’s executive vice-chairman Ed Woodward announcing that he will step down at the end of the season.

‘I’ve had a very good working relationship with Ed,’ added Solskjaer. ‘The club will have to move on without him and I’m sure Man United will always move on.

‘I will work here as long as Man United want me to work here. We want to end the season successfully and Ed is part of that.’