Ole Gunnar Solskjaer may have stumbled across the perfect way to raise funds in the summer transfer window. Manchester United have several targets in mind but many of them are pricey and could be out of the club’s reach.

United boss Solskjaer’s winning formula recently has given him some perspective over his squad as the summer transfer window beckons.

The Red Devils have lost once in the Premier League since their 1-0 defeat to Arsenal back on November 1 – a shock 2-1 loss to Sheffield United in January.

It has been a remarkable stretch of form in recent weeks, in particular, with the likes of Bruno Fernandes, Paul Pogba and Edinson Cavani all hitting top form.

The latter has netted eight in his last seven appearances and has been rewarded with a new contract that will keep him on an extra year. 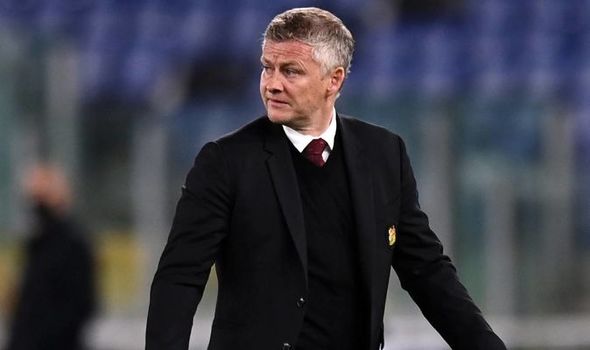 They find themselves second in the Premier League and could mathematically still win the title ahead of Manchester City.

And Solskjaer can finally get his hands on some silverware this month if United beat Villarreal in the Europa League final.

The Norwegian will have noticed that he has done all of this without the services of Anthony Martial, who has been injured since March.

It has been a tough season for the Frenchman, who had his best year under Solskjaer last campaign, but has had no such luck this time round.

In 22 appearances, the 25-year-old has scored four times despite being given ample playing time in his preferred position up front.

Cavani has scored double that amount in just seven matches – some of those he did not even start – and questions must be asked ahead of the transfer window.

United are desperate to land a new striker in the summer with Erling Haaland and Harry Kane top of the wish list.

If either are to be prised away from Borussia Dortmund and Tottenham respectively, then they will need some major funds to even come close to an acceptable offer. 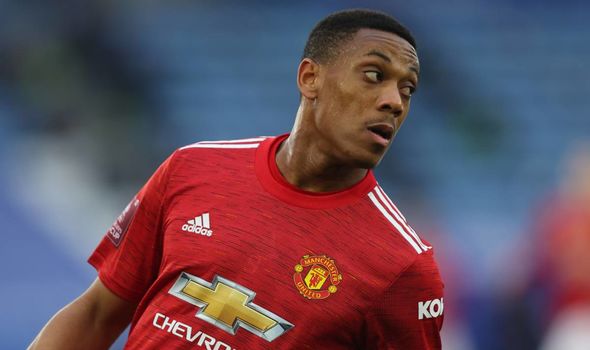 Transfermarkt value Martial at £45m and grabbing that amount will give United a mighty boost in the transfer window.

There have been a number of suitors in the past, including Sevilla, Inter Milan and even Barcelona – who are yet to replace Luis Suarez.

Offloading Martial could be the best option for all parties, particularly if a new forward is wanted that would only push the France international further down the pecking order.

Southgate urges young players to follow in the footsteps of Sancho