Oleksandr Zinchenko has been seen partaking in a Premier League tradition, as the former Manchester City man underwent his initiation as an Arsenal player by singing in front of his teammates.

The Ukraine international signed for the Gunners earlier this month in a deal worth £32 million, and will be hoping to return to his natural midfield position after being used predominantly as a fullback at City.

It wasn’t all doom and gloom at the Etihad though, as Zinchenko won an incredible nine trophies in six seasons. 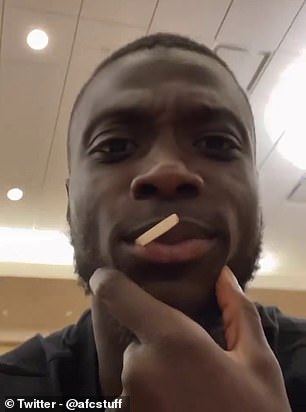 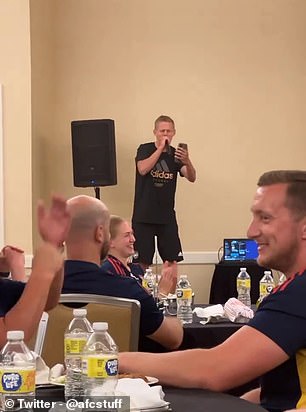 In a video from Nicolas Pepe’s Instagram story that was later shared on Twitter, Zinchenko is seen giving an enthusiastic rendition of Riton’s Friday as his teammates and Arsenal staff clap along.

Pepe is less impressed than some of his colleagues, though, as he turns the camera on himself and scratches his chin with a quizzical expression.

The video was further evidence of Zinchenko enjoying himself at his new club after speaking effusively about the move.

He told the Arsenal website that moving to the Emirates was ‘a boyhood dream come true, because I was a massive fan when I was a kid.’

The 25-year-old continued: ‘Since Thierry Henry and young Cesc Fabregas was playing here, I was just enjoying watching those games, that Arsenal.

‘I’m ready for another challenge. I’m not here just to waste my time and the time of Arsenal because the club is always in front of everyone.’

Along with Gabriel Jesus, Zinchenko is a signing that has the potential to send Arsenal back into the Champions League after they narrowly missed out last season.