Substitute Olivier Giroud made the most of his time on the pitch with a double as France beat Bulgaria 3-0 in their final Euro 2020 warm-up game after Karim Benzema came off with a possible knee injury.

France dominated the match and combined well up front with Antoine Griezmann netting a bicycle kick and Giroud, who has had very few chances to play at Chelsea this season, scoring his 45th and 46th international goals after replacing Benzema.

Benzema, playing his second game for France after a hiatus of more than five years, was taken off in the 41st minute because coach Didier Deschamps said he wanted to take ‘no risk’ with the Real Madrid striker. 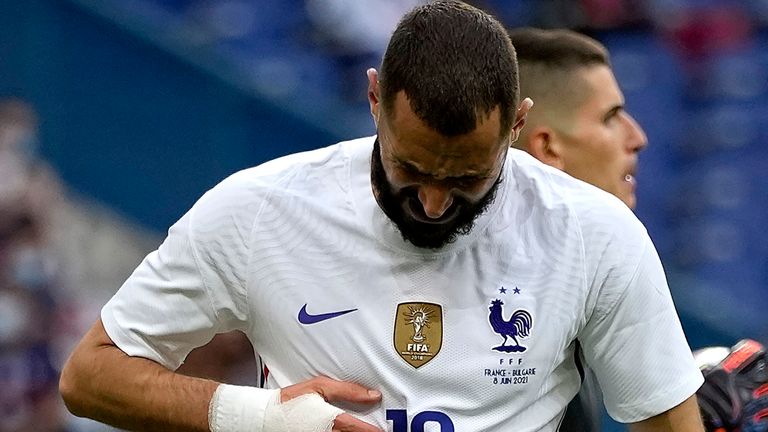 “It’s a knock on the knee, which also affects the muscle. He felt he was getting stiff so he asked to be subbed,” Deschamps told French outlet TF1. “The medical staff are taking care of him.”

The game was attended by 5,000 fans almost eight months after France last played in front of a crowd versus Portugal.

Kylian Mbappe threatened from the start, finding Benzema in the box only for his low shot to go just wide before goalkeeper Daniel Naumov was at full stretch to stop a shot on the turn.

France suffocated their opponents but, for all their collective talent, it was a moment of brilliance from Griezmann that put them ahead in the 29th minute as his slightly deflected overhead kick beat Naumov. Benzema then landed awkwardly after a header and asked to come off as he held his knee just before the break.

Griezmann had another chance but Naumov was on top form and the Bulgarian was at it again to deny Giroud from close range on the stroke of half-time.

Giroud again made the most of his chance as he cut home Benjamin Pavard’s cross at the near post in the 85th minute and tapped in Wissam Ben Yedder’s cross in added time to narrow the gap with France’s all-time top scorer Thierry Henry to five goals.

France open their Euro campaign against Germany in Munich next Tuesday before taking on Hungary and European champions Portugal in Group F.

A youthful Spain side outclassed Lithuania to claim an impressive 4-0 victory, with the hosts’ U21 side drafted in after their first team were forced into isolation.

Valencia defender Hugo Guillamon opened the scoring after three minutes, before Brahim Diaz doubled the lead on 24 minutes as Spain’s youngsters threatened to run riot – with Abel Ruiz missing a penalty on the half hour. 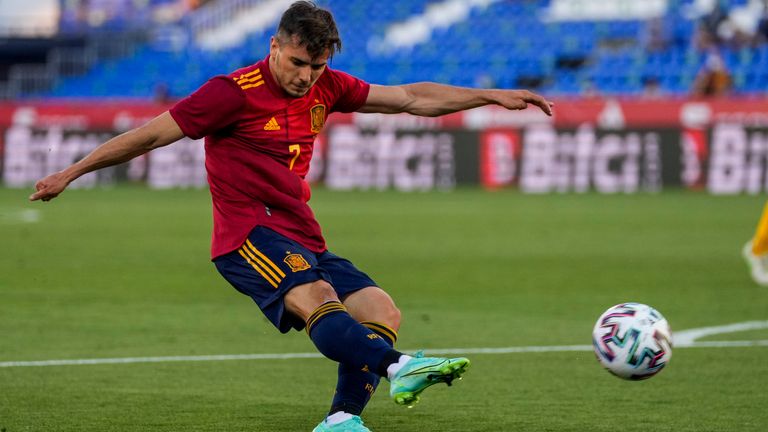 The unfamiliar team were called into action after Spain captain Sergio Busquets tested positive for Covid-19 on Sunday, sending the entire senior squad and coaching staff into isolation.

U21 coach Luis de la Fuente was placed in temporary charge, and his squad – who lost in the semi-finals of their European Championship last Thursday – replaced the senior side so that the fixture could be fulfilled.

It was the youngest ever in Spain’s history with an average age of 22 years and 102 days, and they gave senior coach Luis Enrique food for thought should he require any replacements if there are multiple Covid-19 cases or injuries. 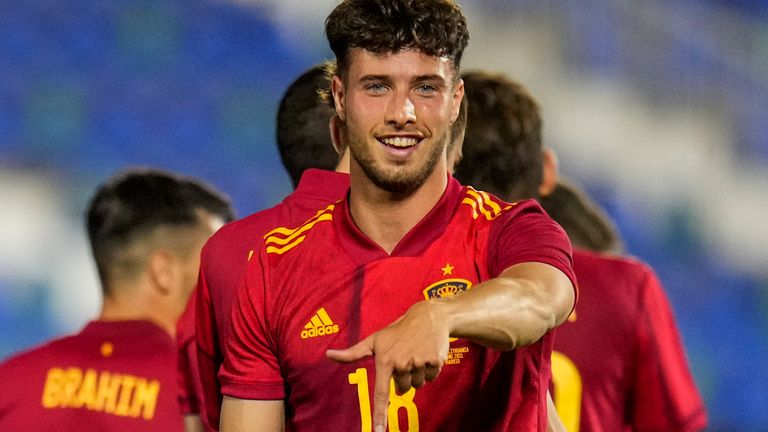 The Spanish FA also said that a number of the U21 players will remain in Madrid and train separately to the main squad following the victory. 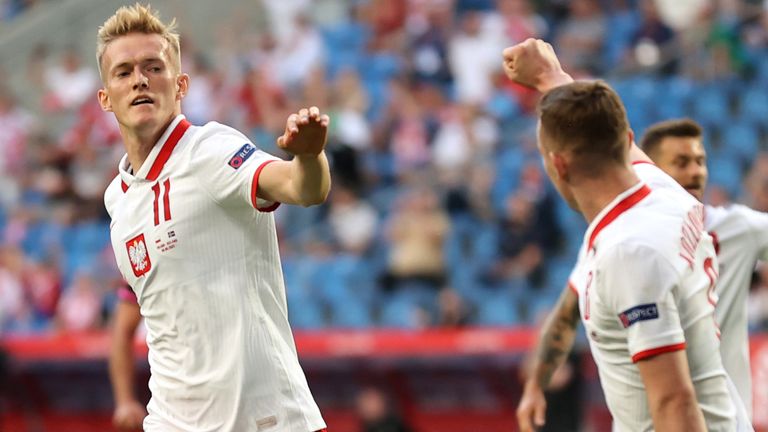 Poland twice came from behind to salvage an unconvincing 2-2 home draw with Iceland Tuesday and left their manager Paulo Sousa with plenty to ponder.

Iceland were pegged back early on and took the lead out of the blue when Albert Gudmundsson tucked the ball away at the near post with a clever back-heel after Gudmundur Thorarinsson swung in a corner past a static Polish defence.

Pitor Zielinski equalised with a clinical finish before the break, sweeping the ball home from the edge of the six-yard box after a flowing move started by their record scorer Robert Lewandowski.

But more slack defending cost the Poles again as they failed to clear a Thorarinsson cross from the left and centre back Brynjar Bjarnason blasted an unstoppable volley into the roof of the net from 12 metres.

With time running out for Poland, Karol Swiderski levelled shortly after coming on for Lewandowski as he chested down a cross from the right and scrambled home a low shot from close range.

Poland open their Euro 2020 Group E campaign against Slovakia in St Petersburg on Monday and meet Sweden at the same venue on June 23 after facing Spain in Seville on June 19.

Second-half goals from Lukas Masopust and Ondrej Celustka gave the Czech Republic a 3-1 win over a battling Albania side in their final Euro 2020 warm-up before taking on Scotland in their opening match.

Leverkusen forward Patrik Schick put the Czechs ahead in the 18th minute when he beat the Albanian keeper with a left-footed volley after connecting with a Masopust cross.

Slavia midfielder Masopust put the Czechs ahead in the 68th minute before Sparta centre back Celustka scored their third in the 89th.

Gavin Bazunu and Caoimhin Kelleher staked their claims for the goalkeeper’s shirt as the Republic of Ireland fought out a 0-0 draw with Euros-bound Hungary.

19-year-old Manchester City keeper Bazunu and Liverpool counterpart Kelleher, 22, played a half each in front of a passionate crowd at the Szusza Ferenc Stadion in Budapest.

Ireland players were met with boos and jeers from the home fans after they took a knee before kick-off, while the Hungary players stood and pointed to their sleeves which were sporting UEFA’s respect campaign logo.

Stephen Kenny’s side denied the Hungarians a fourth successive win with which to head into the finals, and they might even have condemned them to a first defeat in 11 had John Egan’s fifth-minute header crept under the crossbar rather than cannoned back off it.

Kenny will reflect upon a performance which was characterised by impressive organisation, but perhaps not as much of the passing game on which his philosophy is based, although on the back of his first win as manager in Andorra on Thursday evening, he can be satisfied with a positive end to the season.