‘He will provide motivation’: Olivier Giroud insists he is relishing the striking competition after Chelsea spend big to land Timo Werner

Olivier Giroud says Chelsea’s decision to sign striker Timo Werner has done nothing but give him added motivation.

Frank Lampard has been desperate to bolster his attacking options and did so on Thursday, completing a deal to sign in-form Werner from RB Leipzig for £53m.

The Germany international, who has two games left to play in Germany, has signed a five-year deal worth £175,000 a week. 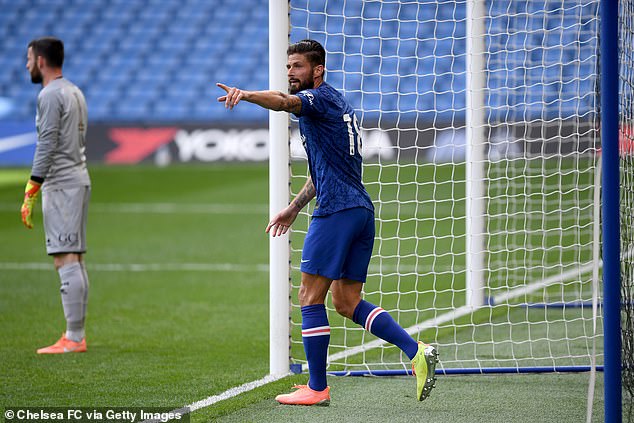 He has garnered a reputation as one of the top strikers in Europe after a season in which he has netted 32 goals in 43 appearances.

Most fans would assume the added competition would be bad news for Giroud, who already experiences limited game time.

However, the 33-year-old told the Guardian: ‘Werner is going to be a very good signing and will provide more motivation for strikers. 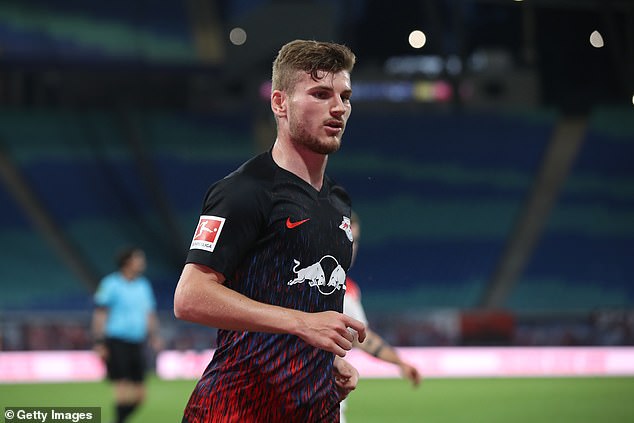 ‘I’ve been the super sub but I want to make the gaffer’s choices even more difficult.’

Grioud had been strongly linked with a Blues exit in January but stayed put, Frank Lampard promising him a fresh start.

After just two starts all season Giroud returned to the starting line-up for all three of Chelsea’s league games before football was put on hold, scoring in two of them.

His deal was due to expire in June but he signed a one-year extension this month.

‘I read in the newspaper that coronavirus influenced my decision,’ Giroud explained.

‘You cannot forget the situation, but when the club wanted to give me another year because I have shown a strong character, I felt that my journey at Chelsea was not over. I would have felt very sad if I had left the club in January.’