Barcelona forward Ousmane Dembele sparked headlines around the football world when he left Borussia Dortmund for the La Liga giants, with Barca parting ways with €135m for his services.

It would be generous to imply that Dembele’s performances have gone on to warrant that kind of astronomical fee, though much of the 23-year-old’s struggles in Spain have been injury related, rather than poor form.

He joined Barcelona in 2017, and has regularly been linked with a move away – most commonly to the Premier League, with both Arsenal and Chelsea often reportedly interested.

In a recent interview with BeIN sports, Dembele did not exactly shut down talk of one day departing the Nou Camp, explaining “I’m happy at Barcelona, we’ll see what happens in the future.”

Later on, he was asked who he admires most in the game, to which he heaped praise on two of his former colleagues from his Dortmund days.

JUST IN: Thomas Tuchel comes up with Sergio Ramos ‘solution’ for Chelsea 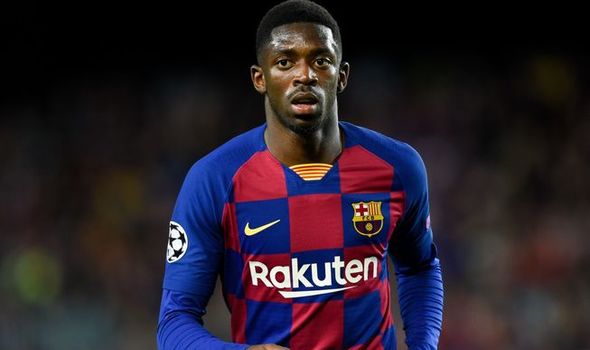 Dembele went on to continue to talk highly of Tuchel, explaining: “Thomas Tuchel really convinced me, he is my favourite manager.

“With Thomas Tuchel I played a bit more on the right side at the beginning of the season, and then I was moved more centrally, in the 10 position, sometimes even in the midfield three you see.

“And he told me to stay a bit more central, have an espresso as he used to say to me, the ball will come to you and then you will go.”

But with that trio of attacking talent in particular struggling to adjust to life in the Premier League, there’s every chance Tuchel wants to strengthen his side further in the next window.

Given Ziyech’s struggles in particular as a wideplayer, perhaps there is room for some healthy comepition for places at Stamford Bridge in the form of Ousmane Dembele. 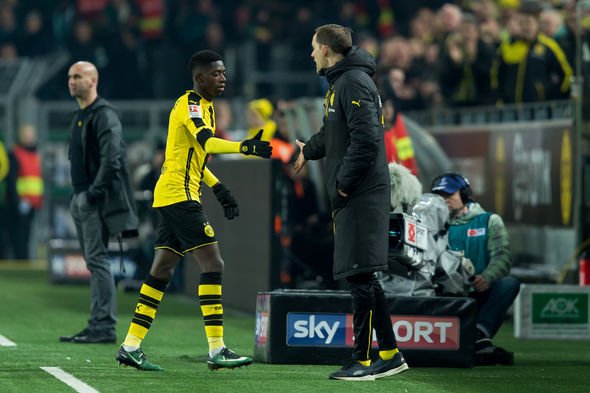 Tuchel has already claimed he is not desperate for reinforcements this summer, and that he will not ‘get angry’ if he is left with what he currently has.

It is thought that Chelsea, despite their spending last year, are again proritising attacking players – with Erling Haaland, Sergio Aguero and Romelu Lukaku all linked with moves to Stamford Bridge.

The Chelsea boss explained: “I have opinions about what we can add to the group to get better, this is my job and I will give my opinion and I am asked my opinion and we will do this and sometimes opinions change.

“This is also a process and I have my ideas of course. I have ideas of certain profiles. This is not about me wishing for this player A and B and if they don’t come I will get angry. This was never like this in my whole career. This will not be like this.

“I totally understand there are issues to solve with the agents, the player, the interests of a club. It is not only about me and my wishes.”