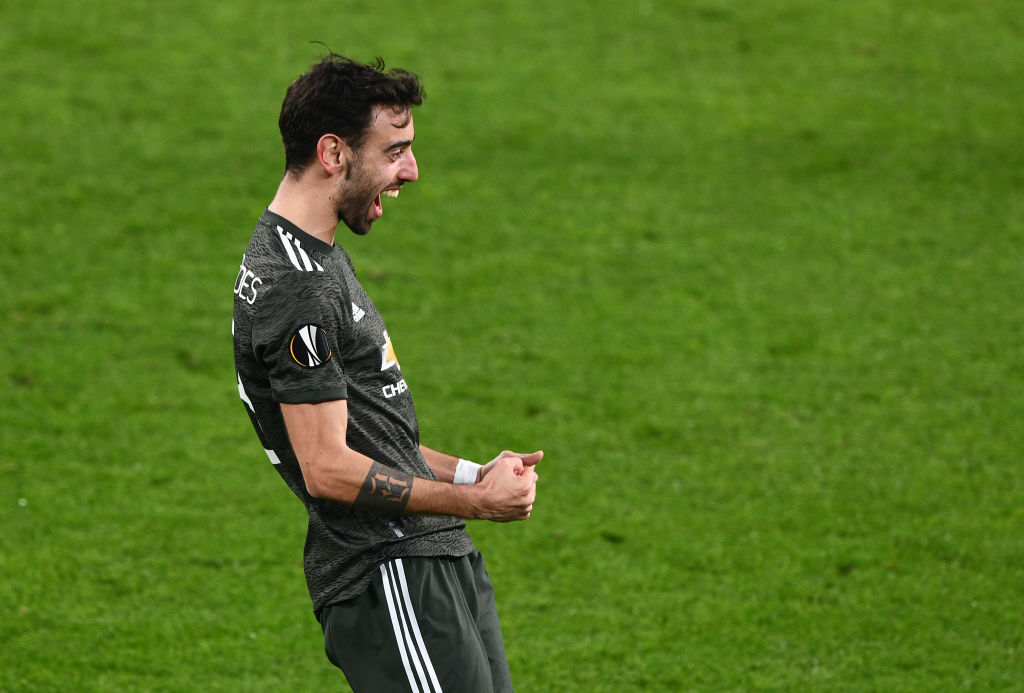 Owen Hargreaves says Manchester United are ‘definitely’ one of the ‘favourites’ to win the Europa League this season following their comprehensive 4-0 victory over Real Sociedad on Thursday night.

A top counter-attacking display from United in Turin saw Ole Gunnar Solskjaer’s side notch four important away goals and put one foot in the next round of the competition.

Fernandes capitalised on a mix-up between Sociedad goalkeeper Alex Remiro and his two defenders to open the scoring for United after 18 minutes and bagged a second with a smart finish from Dan James’ loose touch after the break.

Marcus Rashford grabbed United’s third with a fine side-footed finish from Fred’s through ball before the lively James wrapped up the scoring with a driven finish late on.

United are firmly in the driving seat in the knockout tie and will look to secure their place in the last-32 in next week’s return leg at Old Trafford, and ex-Red Devils midfielder Hargreaves believes his former side are one of the front-runners to win the competition.

‘They’re definitely one of the favourites to win the Europa League,’ Hargreaves told BT Sport.

‘I think they’ll win a trophy this season Manchester United, whatever that’s going to be.

‘And if they can finish second in the Premier League, bridge the gap to Manchester City and Liverpool then I think they’re in a good position, and then they need to go and strengthen [their squad] in the summer.

‘Ole’s done a good job and if they can add a trophy that’s exactly what Manchester United fans will want.’

United got to the semi-finals of the competition last season where they were knocked out by Sevilla, and fellow BT Sport pundit Scholes is hoping Solskjaer’s side can go all the way this time.

‘They’d love to be in the Champions League, it was quite disappointing really to get knocked out of that competition but the Europa League is the next best thing and hopefully they can go on and win that,’ the United legend said.