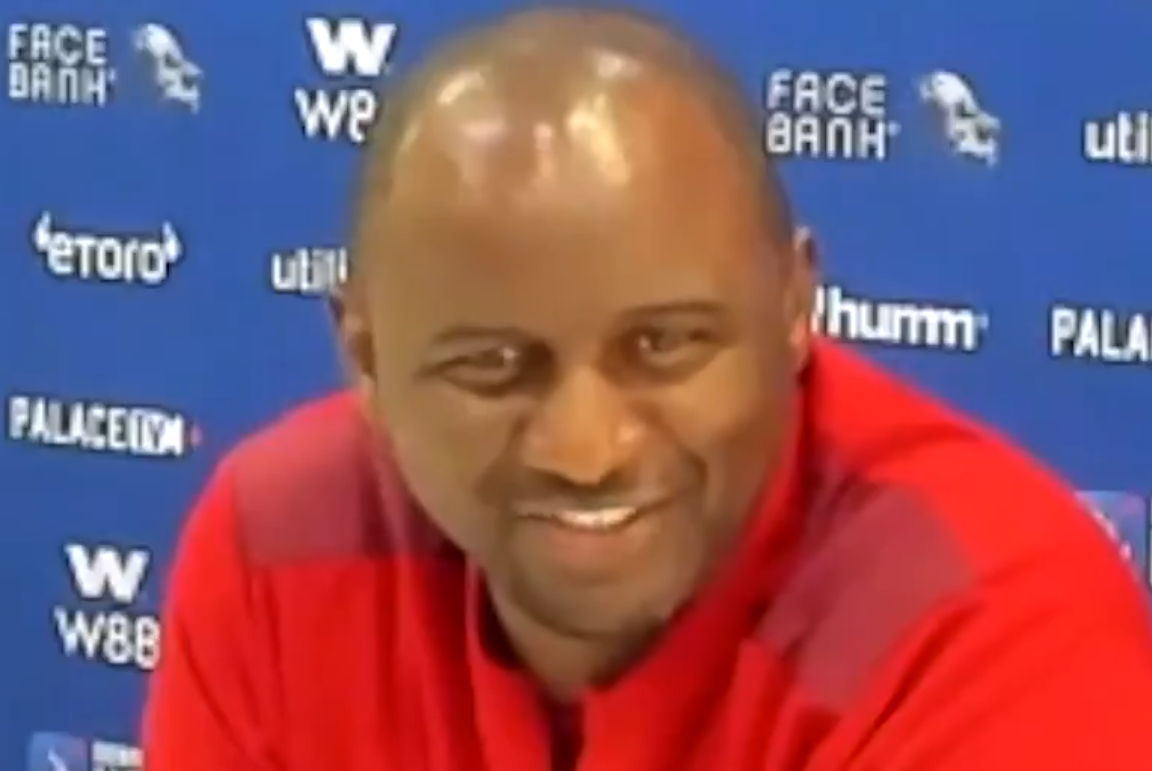 Patrick Vieira insists he is a huge fans of Harry Kane, but laughed off the suggestion that the England skipper could, in any way, be compared to his former Arsenal teammate Thierry Henry.

Kane has firmly established himself as one of world football’s most prolific goalscorers since breaking into the Spurs first team as a virtual unknown seven years ago.

The 28-year-old has been a constant thorn in Arsenal’s side ever since his emergence and is the leading scorer in the history of the north London derby witg 11 goals, a total he could add to later this month when the rivals lock horns at the Emirates Stadium.

Vieira’s Crystal Palace side, meanwhile, will be looking to nulify Kane when they entertain Spurs this afternoon, looking to end their 100% start to the season.

Whatever the outcome, and Kane’s influence on the result, the Frenchman insists Henry, Arsenal’s all-time record goalscorer, operated on a ‘different level’ to the Tottenham talisman.

‘Kane can finish inside box, outside box, he can create chances. He is a modern number nine and can change position,’ Vieira said when asked about the Spurs striker in comparison to his old team-mate.

‘But Thierry Henry, I am sorry he is in a different level. I love Kane, he is a fantastic player but Thierry is still Thierry.’

He added: ‘No, no, no, no. I am not a player anymore so this kind of rivalry between Arsenal and Tottenham is in the past.

‘The fact I used to play for Arsenal against Tottenham, it is not important for me and will not be important tomorrow.

‘It is an important game. We play at home and we want to do well, want to win and take the three points.’

Thomas Muller extends Bayern Munich contract until 2023: ‘This club is my passion’