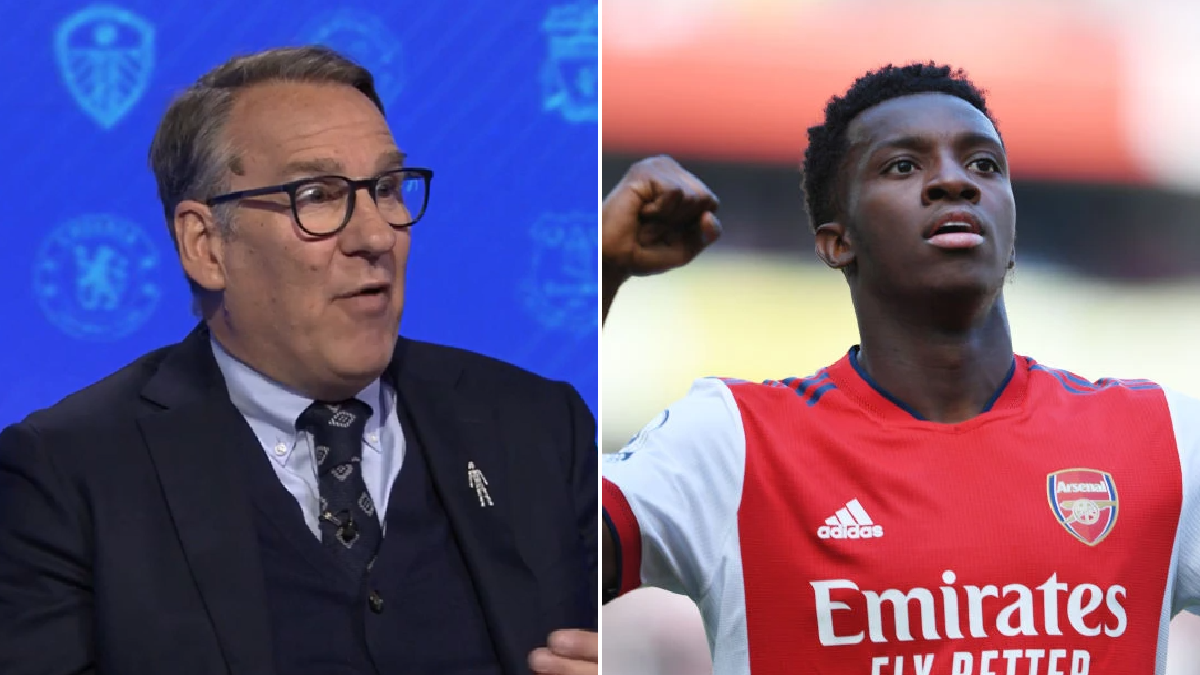 Paul Merson says Eddie Nketiah won’t fire Arsenal back into the top-four and says the striker wouldn’t even start for Premier League rivals Fulham or Everton.

Nketiah has scored 23 goals in 92 appearances since making his first-team debut in 2017.

But Merson isn’t convinced that Nketiah can lead the line for Arsenal and says he wouldn’t start for Fulham or Everton.

‘All Arsenal have got up front right now is Eddie Nketiah, who recently signed a new contract when it looked like he might leave,’ Merson told the Daily Star.

‘And no disrespect to Nketiah but Mikel Arteta must realise he won’t get you into the top four. Absolutely no chance. That’s a fact.

‘Nketiah can’t be spearheading your Champions League push. He’s not getting in ahead of Dominic Calvert-Lewin and Richarlison at Everton and they almost got relegated.

‘He’s not getting in at Fulham ahead of Aleksandr Mitrovic and they’ve only just been promoted. I’m not having a go at him but he’s not getting you top four.’

Despite Nketiah’s development last season, Mikel Arteta was keen to sign a new striker this summer to replace Pierre-Emerick Aubameyang and Alexandre Lacazette.

The Gunners boss was also delighted to see Nketiah extend his stay in north London, saying: ‘I’m delighted Eddie is staying with us. He represents what we are all about and all the values of the club.

‘We are very happy that he has extended his contract and now we have to get to work and continue to develop the great talent and person that we have in him.’

Arsenal finished fifth in the Premier League last season and begin the 2022-23 campaign on August 5 against Crystal Palace.

The Friday night fixture will kick-start the new season but Arsenal fans may wish the game was being played on the Saturday as the Gunners have the best record in the Premier League in 3pm kick-offs, according to research from TVsportguide.

After travelling to Selhurst Park to face Patrick Vieira’s Palace, Arsenal – who lost their opening three games last season without scoring a goal – face Leicester City, Bournemouth, Fulham and Aston Villa before the start of September.

FABRICE MUAMBA: Complacency is dangerous when it comes to heart issues

What has gone wrong at Leicester ahead of crunch Man United clash?