Manchester United midfielder Paul Pogba could be tempted to stay at Old Trafford if executive vice-chairman Ed Woodward decides to sack Ole Gunnar Solskjaer, it’s been claimed. The World Cup winner has been angling for a move away from the club since last summer, but a switch to either Real Madrid or Juventus has failed to materialise.

Pogba made it clear at the end of last season that he was ready to leave Old Trafford.

In June last year, Pogba said: “After this season and everything that happened this season, with my season being my best season as well… I think for me it could be a good time to have a new challenge somewhere else.

“For me, I have been for three years in Manchester and have been doing great; some good moments and some bad moments, like everybody. Like everywhere else.”

While Pogba is still currently keen on leaving the club, he may be tempted to change his mind if Solskjaer is replaced by another manager, according to Marca. 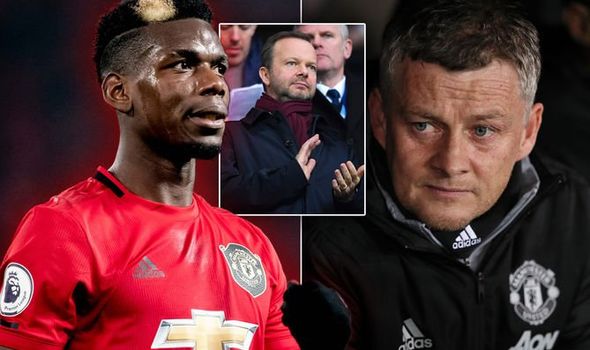 The France international would be willing to sign a new contract if a new manager were in charge.

His current deal is set to end at the end of next season, although it’s believed the Red Devils could trigger a one-year extension.

Pogba has been linked with moves to either Real Madrid or Juventus, but the transfer fee is proving to be a stumbling block.

Woodward is reportedly unwilling to sell Pogba for a loss, having signed him for £89million in 2016.

Solskjaer has been under pressure at points this season, after a disappointing start to the Premier League season.

The Red Devils are currently seventh in the league table, having lost almost a third of their matches.

The United boss was also criticised after United lost to Kazakhstani side Astana in the Europa League.

He also claimed that a 0-0 draw against AZ Alkmaar was “a good point away from home”. 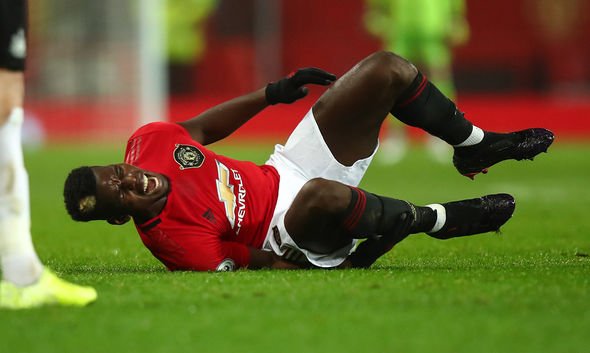 But, Woodward has already backed Solskjaer on a number of occasions this season.

The board are behind the Norwegian manager’s plan to reinvigorate the squad with youth.

“The recruitment department is working to a clear plan and philosophy, along with Ole and his coaching staff,” Woodward said at a fans’ forum earlier this month.

“Our focus is on bringing in a combination of experience and the best young players with potential to develop further, fusing graduates from our academy with high-quality acquisitions.

“Our recruitment process focuses on analysis and selection of players over the course of a season, with a view to the following summer transfer window.

“As part of the rebuild we see this coming summer as an important opportunity.”

Pogba has spent most of this season on the injury table, with a recurring ankle problem.

He’s made just two Premier League appearances since August, and he’s still some way away from returning to action.