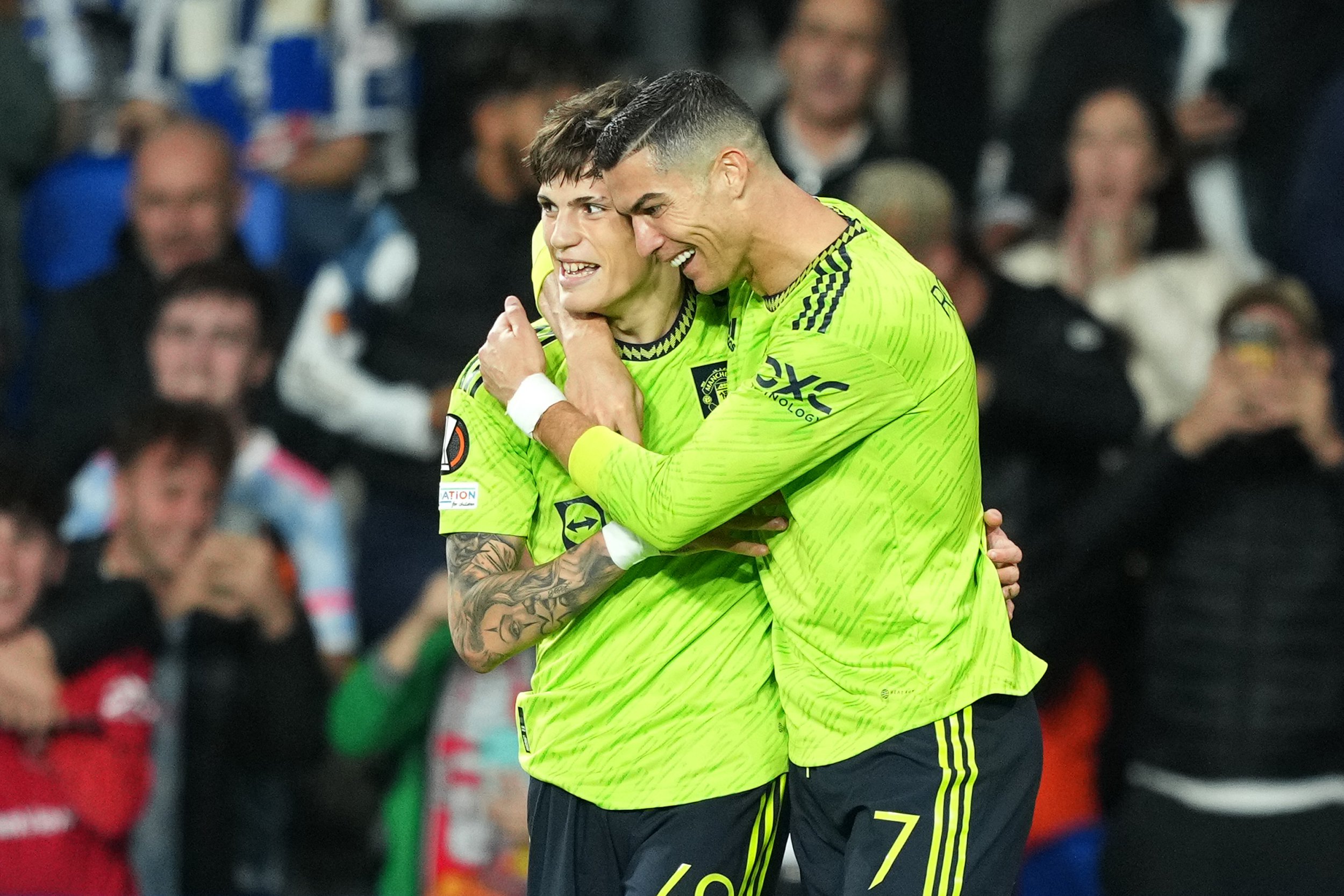 United sealed a 1-0 win over Real Sociedad on Thursday evening but it wasn’t enough to finish top of Group E, which means Erik ten Hag’s side will need to win a play-off in order to reach the Europa League last-16.

Barcelona, Ajax and Juventus are among the teams who could play United after they finished third in their Champions League groups this week.

And Scholes is relishing the prospect of United facing Barca, with the Europa League play-off draw due to take place on November 7 at midday.

‘Who do you want to avoid… I think Barca, I’d love to draw them, I’ve said it a few times, I’d love them to play against Barca, just to get the juices going, gets the atmosphere going at either ground,’ Scholes told BT Sport.

‘I think they’re capable of beating Barcelona. On the other hand, they’re a really good team, we know that.

‘They’re probably the only one who I’d think you would want to avoid, as much as I want to play against them.’

‘I’m not like Scholesey, I hope they avoid Barca,’ Hargreaves said.

‘Get Barca in the final, don’t want to play Barca because that could be a really hard game.