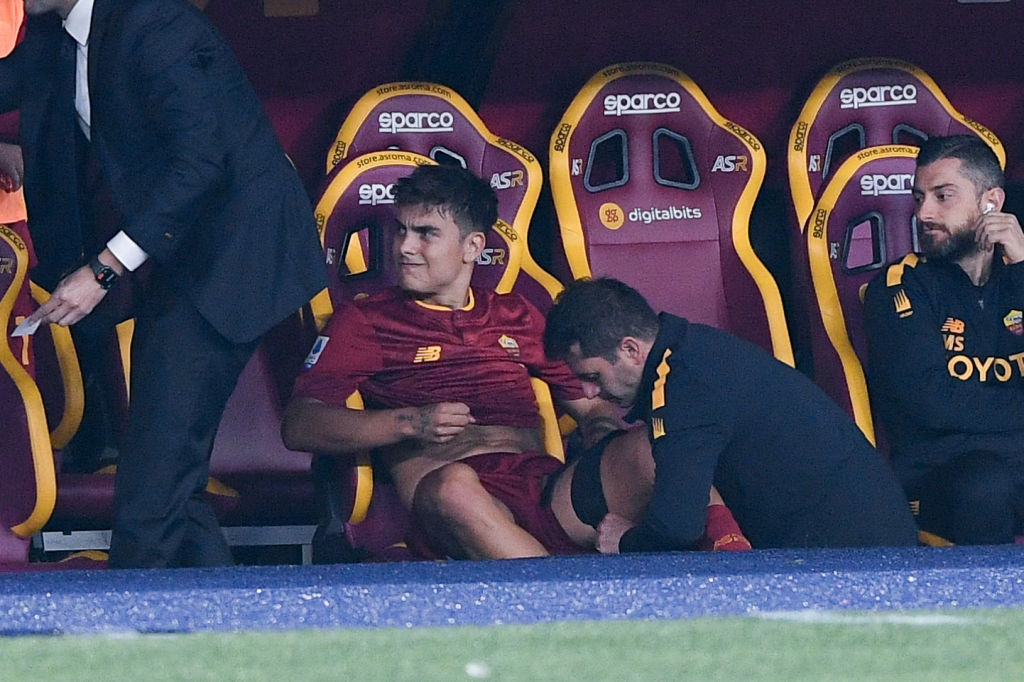 Argentina superstar Paulo Dybala is a major doubt for the World Cup after sustaining a freak muscle injury scoring a penalty for Roma against Lecce.

The playmaker joined Jose Mourinho’s side from Juventus last summer and he’s hit the ground running in the Eternal City, scoring seven goals in just 11 appearances.

The 28-year-old was a certainty to be named in Argentina’s World Cup squad, with the tournament set to kick-off on November 20th.

However, Dybala’s hopes are hanging by a thread after he was substituted in a 2-1 win against Lecce on Sunday in the 48th minute.

The attacker slotted home from the penalty spot but immediately pulled up after tearing a muscle in his left thigh.

Dybala was unable to celebrate and immediately signalled to the bench that he needed to come off.

And, speaking to DAZN afterwards, Mourinho said the injury was ‘very, very bad’ with fears that Dybala may not return until 2023.

‘Unfortunately, it is more very bad than [just] bad.

‘I’m not a doctor and I haven’t spoken to one, but from my experience, from what I understood from talking to Paulo, it [will be] difficult.’