‘All good players have to be at Barcelona!’: Agent Pedri teases fans by suggesting Spanish team-mate Marco Asensio should leave Real Madrid to join their LaLiga rivals on a FREE transfer after his impressive World Cup outing against Costa Rica

Pedri has cheekily suggested that his Spanish team-mate Marco Asensio should join him at the Nou Camp when his contract at Real Madrid runs out, insisting that ‘all good players have to be at Barcelona’.

Asensio joined Madrid in 2015 and is now into his eighth season at the club, but starting opportunities have become more limited in recent years, with Carlo Ancelotti having an abundance of attacking talent to choose from at the Bernabeu.

His contract is due to expire next summer, and it is currently unclear as to whether he will stay at the club or look for a new challenge. Pedri has teased the idea that Asensio should look for a move to Barcelona on a free transfer if he decides to leave Madrid at the end of his deal. 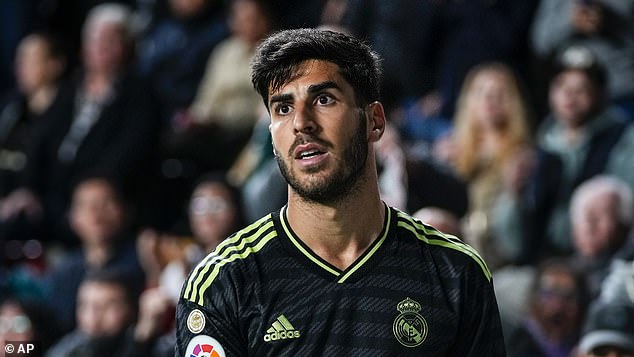 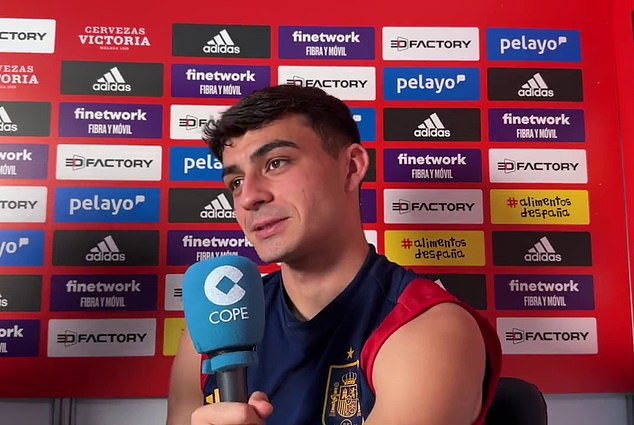 ‘It remains to be seen what happens with the contract of Marco Asensio, but I think all the good players have to be at FC Barcelona,’ Pedri told El Partidazo de COPE.

‘However, I’m not much for doing those things, for convincing anyone.’

Pedri’s comments come after Asensio shone in Spain’s opening game of the World Cup as they thrashed Costa Rica 7-0.

Asensio started up front for Luis Enrique’s side and scored the team’s second goal, producing a well-placed finish from Jordi Alba’s cross.

It was just his second goal in 32 appearances for the national team, but highlighted the quality that he possesses. 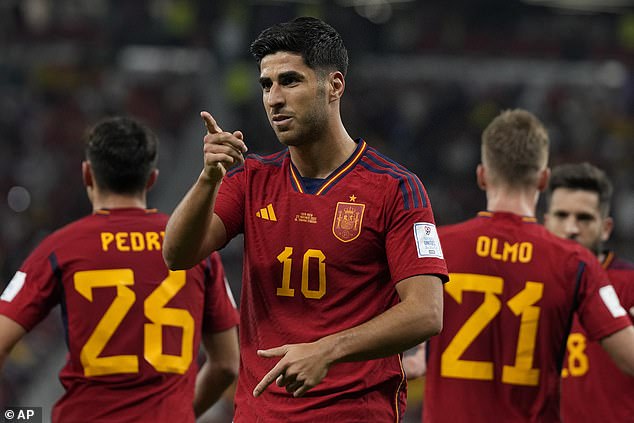 Asensio impressed for Spain against Costa Rica, scoring his side’s second goal in their 7-0 win

Pedri has claimed that he will not try to convince Asensio to join Barcelona, yet he could have time to work his magic on the 26-year-old while the pair are on international duty, especially with Spain looking set for a deep run in the tournament after their impressive showing in their first match.

If Asensio was to move to Barcelona, he would become the latest star to play for the two biggest clubs in Spain.

The list of players to feature for both clubs is an illustrious one that includes the Brazilian Ronaldo, Michael Laudrup, current Spain boss Enrique, and most controversially Luis Figo, who dramatically opted to leave Barcelona to join Real Madrid in 2000. 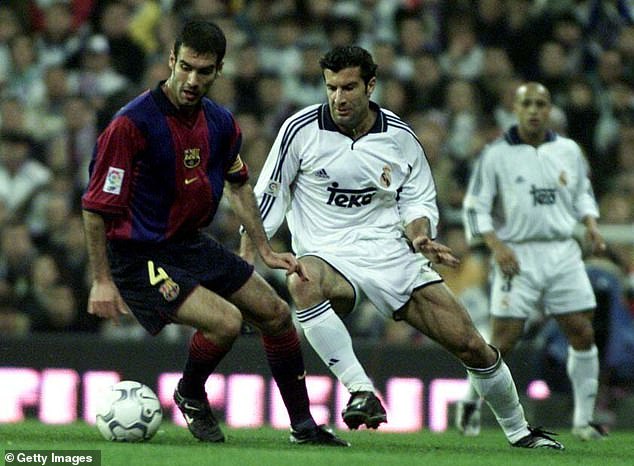