Pellegrino Matarazzo’s European adventure might have ended before it had even begun. Upon completion of his studies, the New Jersey native had spent six months in Italy with his grandparents pursuing his dream of a football career but with little success.

“I was training mostly on my own,” Matarazzo tells Sky Sports, “just hoping that maybe I could be picked up by a second or third division side. I ended up coming back to the States having learned a little more about my grandparents’ life and culture on the hazelnut farm.

“When I came home after those six months, I somehow knew I was not finished with football. It was a feeling I had in me. It was a time when my mom was pushing me to use my degree in the corporate world. But I had a sense that something was still out there.”

His mother had a point. Matarazzo had completed his degree in applied mathematics at Columbia, the esteemed Ivy League university. He was ideally placed to begin that corporate journey but a chance meeting sent the youngster on a path he is still following to this day.

“In the spring of 2000, a German scout asked me if I was interested in a trial in Germany. That was the decisive moment that brought me to this continent. You can call it coincidence or fate but it is definitely the reason why I am here.”

Two decades on and Matarazzo is not only still in Germany, but he has embraced it. At one point in the interview, he pauses to find the right words in English. He knows them in German.

After nine years as a player in the country’s lower leagues, he has become one of the most promising young coaches around, working in the academy at Nurnberg and enjoying success as an assistant to Julian Nagelsmann at Hoffenheim, before taking the Stuttgart job.

That first foray into the head coach’s role brought promotion in his first season with Stuttgart. They are now in the top half of the Bundesliga upon their return to the big time. At 43, Matarazzo, the American maths student turned coach is suddenly in the spotlight.

“The interest surrounding Stuttgart is enormous. There is a very expansive history and deep-seated culture behind the club, and you do feel that as soon as you walk into the stadium or onto the training ground. It is just big.

“I felt the expectations, but my focus was not on the pressure but on the process and the steps that we needed to take to perform. My method was to redirect pressure by focusing on content, which I think proved relatively successful for this team. I still haven’t changed my mindset.”

Matarazzo is clearly intelligent. It was one of his strengths as a player, a 6’6″ defender who toured Germany’s lower leagues before finishing his career with Nurnberg’s second team. “Although I did not make it to the top level, I enjoyed those nine years of playing ball,” he says. 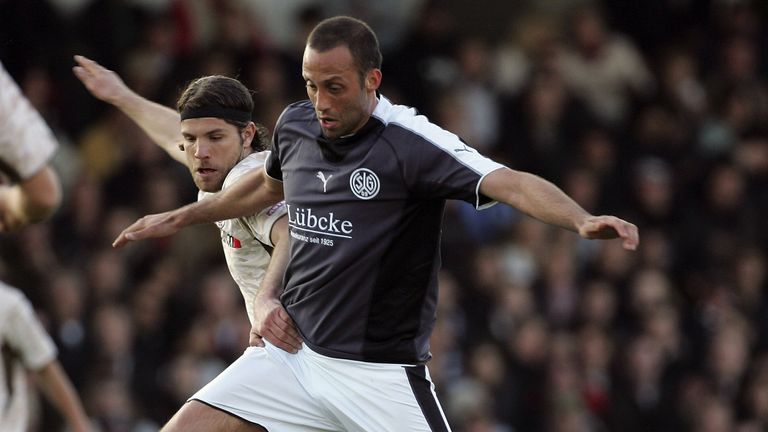 “I was very determined. I always wanted to win. I was also a team player, and fairly disciplined. I had good vision but I did not have the technical repertoire to complement my thoughts and what I saw on the pitch. That was definitely a limitation.

“It was the reason why I wanted to be a coach. I felt unfulfilled as a player. My enthusiasm for coaching had been instilled in me when I had done soccer camps in the States. I enjoyed teaching the game.

“With that experience and that enthusiasm, I realised coaching was the way to go. It felt right. My first steps were at Nurnberg where I received my coaching licences while still playing.

“To be honest, at that time, I still had my mind set on returning to the United States, to use my European coaching licenses, but also to use my degree in the corporate world. That was my original thought.

“My principle at that time was to keep moving forward in Germany until my progression stopped. But as time went on I realised more and more how much I was enjoying what I was doing and how I continued to move forward.”

The big leap in Matarazzo’s career came when he moved to Hoffenheim to link up with Julian Nagelsmann. Initially working as the U17 coach there, he soon moved up to become Nagelsmann’s assistant during the club’s Champions League campaign in 2018. 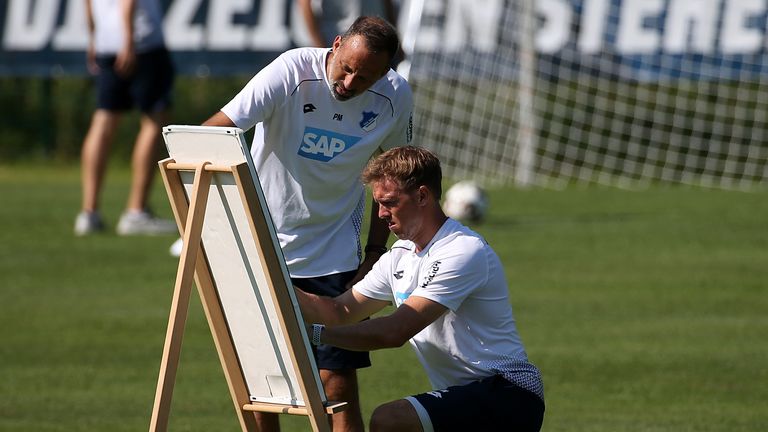 The pair had roomed together when studying for the Pro Licence at Hennef, the famed coaching institute in Germany, but their relationship predated that experience. “It was a conscious decision to share a room at Hennef, it was not a coincidence,” he says.

“Of course, that time with Julian was very interesting. If you room together you have more time to discuss ideas. But it was my time as his assistant that was much more constructive.

“It was an extremely valuable experience for me to qualify and be part of a Champions League team, part of Julian’s staff, developing new ideas, solidifying my own ideas, just gathering my thoughts on the game.”

Matarazzo is now putting those ideas into practice. Using his favoured three at the back, Stuttgart have impressed, playing a possession game, and producing some standout performances, most notably beating Borussia Dortmund 5-1 at the Westfalenstadion.

Stuttgart’s own 60,000-seater stadium would be rocking again if the fans were allowed back into the Mercedes-Benz Arena but while this is a club that were Bundesliga champions as recently as 2007, Matarazzo prefers not to risk increasing expectations too much.

“People may say that we have fulfilled expectations and probably exceeded them. Of course, I am curious but I try to avoid expectations. I focus on the daily work, on how to take the next step and improve.

“Our goal is not to win the Bundesliga championship at the moment. It is to stabilise our position in the Bundesliga and then go from there. I think we are doing well for our situation. We will see what the future brings.” 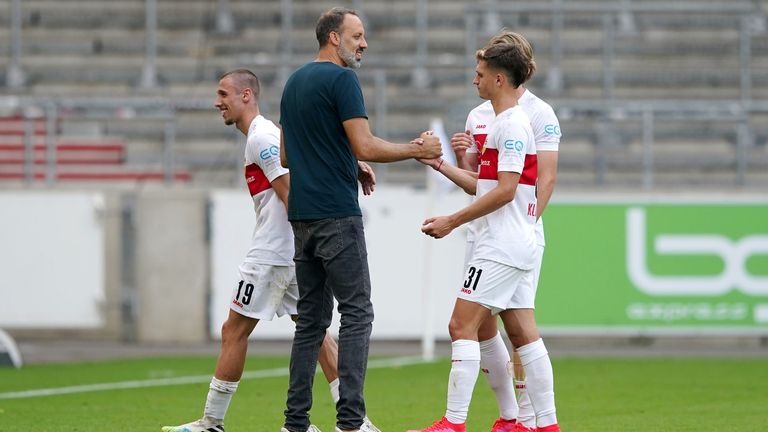 As for Matarazzo’s future, he has learned not to look too far ahead.

“I go about my life the same way that I am going about my first season in the Bundesliga. I don’t have many expectations. There was a time in my life when I attempted to make detailed career plans, but I realised they never really work out, so I tore them up, and just stopped making them.

“Life always goes in a different way to how you originally expect it. If you consider the move to Germany, I did not think too much ahead. I did not have a game plan. I was curious and it felt right, so I did it. Now, I just set my focus on the daily work.”

That approach is more important than ever at a time when even his annual trip to the States has been scuppered by the coronavirus crisis. “When transatlantic flights open up my family will be here pretty soon and hopefully I will be back home for Christmas,” he adds.

“Even though, in one sense, my family are very far away, they get together in my brother’s garage at weekends and celebrate our victories together. I call them after games and we discuss how it went. It brings us together. They are still very happy for me.”

But the return home is still on hold.