Pep Guardiola admits he could promote goalkeeper Ederson as Manchester City’s first-choice penalty taker after yet another missed spot kick against Liverpool.

Ilkay Gundogan became the third City player to miss from 12 yards this season – after Kevin de Bruyne and Raheem Sterling – in the first-half of their 4-1 triumph over the Premier League champions on Sunday.

It is also the eighth penalty Guardiola’s side have missed since the start of last season, with the City boss now strongly considering their Brazilian goalkeeper to take up the duties after the Spaniard revealed his shot stopper is brilliant at spot kicks last season. 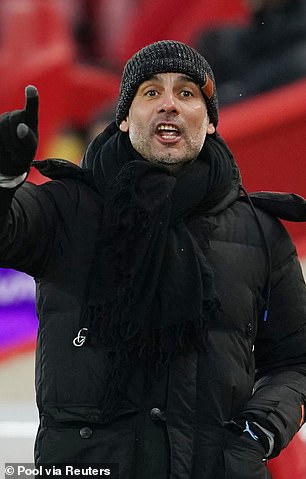 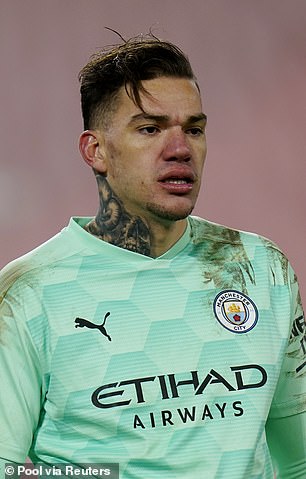 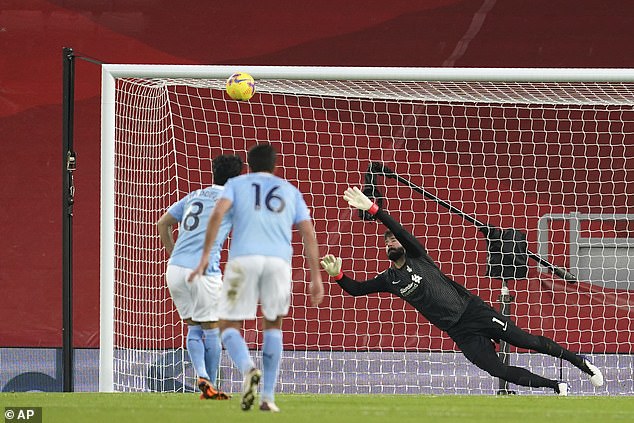 Guardiola told his post-match press conference: ‘When I commented on this six months ago, it was a joke. Now it’s a half-joke.

‘I will consider (whether) this will not be a joke and he will be a taker. We don’t have a real specialist in this area.’

The only City player to have a 100 per cent penalty success rate this season is Sergio Aguero, who is currently sidelined 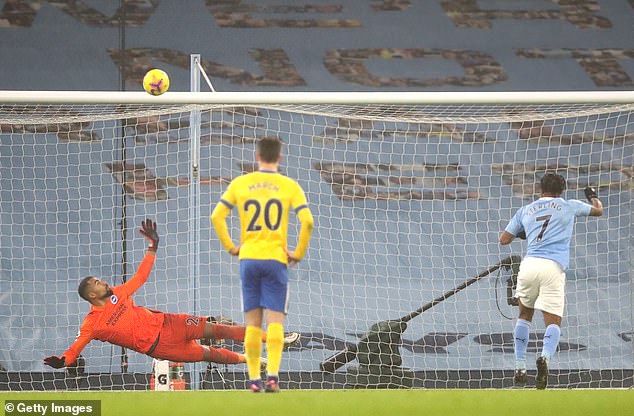 After Gabriel Jesus missed against Sheffield United in January of last year, Guardiola admitted that Ederson is the best penalty taker in training and made his initial joke about handing him the responsibilities.

‘Ederson is the best,’ Guardiola explained following last season’s win at Bramall Lane. ‘Believe me, he’s the best taker we have in penalties.

‘Eddy has no blood in his veins, he’s so calm so he could do it.’

The Brazilian goalkeeper is known for his excellent technical ability and became the first goalkeeper in Premier League history to register an assist in Manchester City’s 6-1 win over Huddersfield in August 2018. 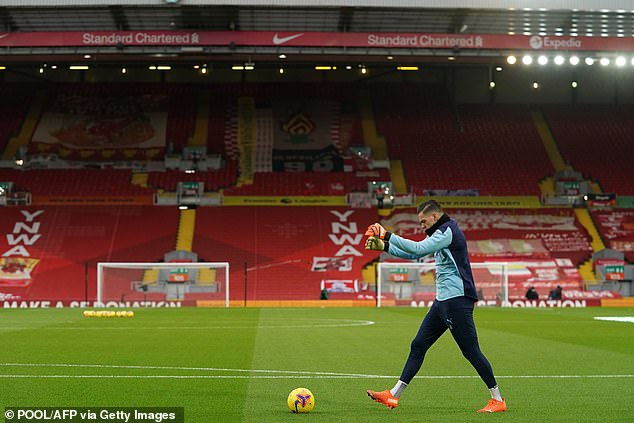 The 27-year-old has missed just one Premier League game for Guardiola’s side this season as City currently lead the top-flight table by five points after Sunday’s win at Liverpool.

Ilkay Gundogan scored either side of Mohamed Salah’s spot kick for Liverpool while Raheem Sterling and Phil Foden added gloss on the scoreline to seal the three points for City.

Two of Manchester City’s goals were largely down to errors from Liverpool goalkeeper Alisson Becker, who gave away possession which directly led to the ball ending into the net on both occasions.