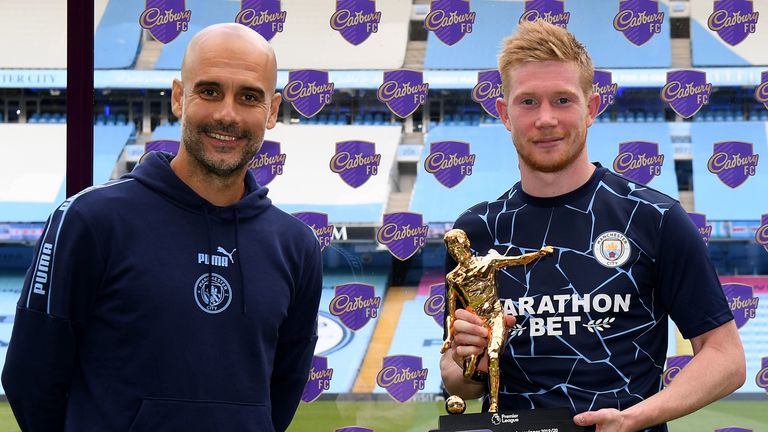 City playmaker De Bruyne was named PFA Player of the Year earlier this week in recognition of an outstanding 2019-20 campaign in which he clocked up a Premier League record-equalling 20 assists.

“He is a masterclass player, one of the best players I have ever trained in my life,” said Guardiola in a new documentary about De Bruyne’s career, ‘Made in Belgium’ by City TV.

City have won two Premier League titles and four other major domestic trophies since the Catalan, renowned for his high-intensity, fluid style of play, took charge at the Etihad Stadium in 2016.

Kompany, also a former team-mate in the Belgium national side, said: “I think to get the best out of Kevin you need to play in a certain way. 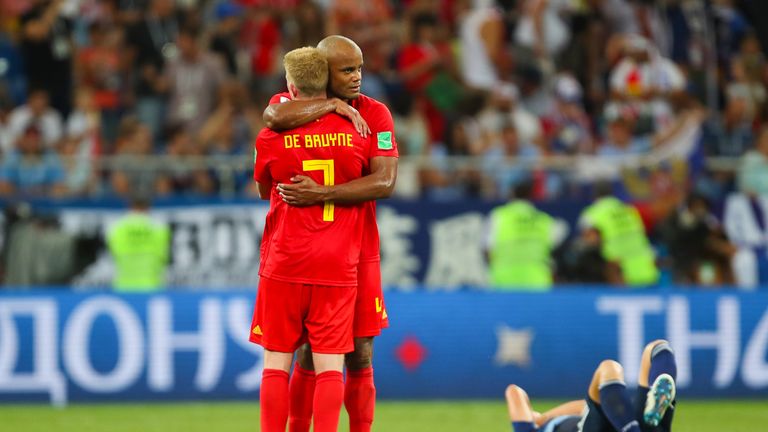 “You’ll never get the most out of Kevin if you aren’t an attack-minded team, and I mean attack in every way – pressing, possession.

“So in terms of Kevin coming to City and Kevin meeting Pep, the paths that crossed were a perfect blend for him. I don’t think he’d have got the most out of his career unless he worked with Pep.”

De Bruyne, who joined City from Wolfsburg a year prior to Guardiola’s arrival, also feels the team’s style suits him well.

The 29-year-old, who also scored 16 goals in all competitions last term, said: “For me, playing style is the most important. I like to play football in the way in which we do – attacking, on the floor, lots of intensity.

“As a player you need to find teams or playing styles that suit you. At the end of the day you need to enjoy what you’re doing and if you enjoy it you’re going to play better.” De Bruyne, who has three years remaining on his contract, has settled at City after an unhappy spell at Chelsea earlier in his career.

He said: “I enjoy my time here, I’m very happy, my family is happy. So for me there is nothing to complain about.”