Pep Guardiola feels his Manchester City side showed during their Boxing Day win over Newcastle that they are hitting peak form.

It has not been a straightforward start to the season for Guardiola’s side, who found themselves off the pace in the Premier League title race.

But City are up to fifth after Ilkay Gundogan and Ferran Torres goals ensured a 2-0 win over Newcastle and a sixth game unbeaten, including five clean sheets.

“We played the tempo,” said Guardiola.

“We won games in the recent past but we were not playing the right tempo.

“Football is about time. Without the ball everybody runs, but with the ball we have to play in rhythm – but not too high.

“Everyone passes the ball, knowing his position. At the right moment, when we contact several players in several positions, we make an explosion.

“This was maybe one of the first days that we saw it. That is why I’m happy.

“In the last seasons we’ve struggled against Newcastle but here we controlled everything.

“I don’t know how many millions of passes we had but that is the way we want to play, picking the right moment to attack.”

City have the chance to improve their position further when they play second-placed Everton at Goodison Park on Monday night.

Club record goalscorer Sergio Aguero could soon be available more regularly, having come off the bench for the last 13 minutes against Newcastle, as Guardiola eases him back into action after knee trouble.

If Aguero is not risked from the kick-off at Goodison Park, Ferran Torres is likely to continue operating as a makeshift centre forward. 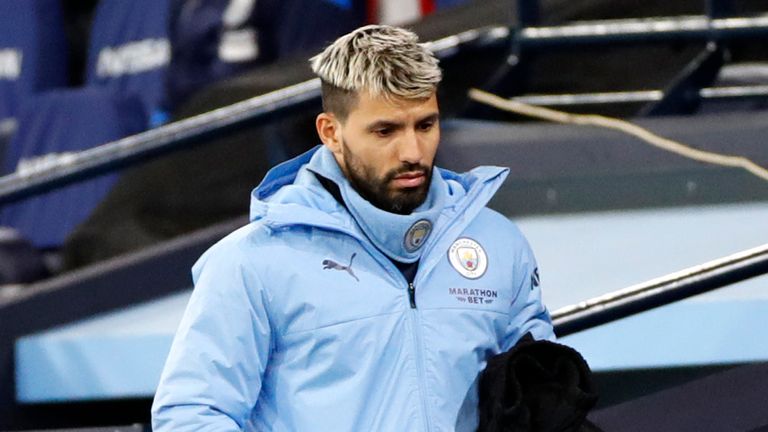 Guardiola said: “We discussed whether to start with Sergio. I need him.

“In the minutes Sergio played, we saw him sharp and dynamic. This is incredible news for us. We need him, absolutely.

“But we have to be careful. We cannot do what we did in the past, when he comes back and then gets injured.

“I still want to handle the minutes but I saw him well. I love this guy.

“Saying that, Ferran did an incredible job. It’s not a usual position for him, he’s a winger.

“It’s not normal to play but he’s helping a lot with his movements.”