‘I’ve got to score in big games to be world class… Messi, Mbappe and Ronaldo are way above me at the moment but I like to think I could be there one day’: Phil Foden looking to add goals to his game to reach next level

Phil Foden was asked if his England performances have been up to scratch. His answer was refreshingly honest.

‘Definitely not,’ said the Manchester City man. ‘I don’t think it is easy coming into a team and not knowing the players very well. You have to learn to play with different players and what they like best — running behind or wanting balls to feet. Just little details like that.

‘I have had enough experience in the England team to understand the players now. Hopefully I can bring that into the World Cup.’ 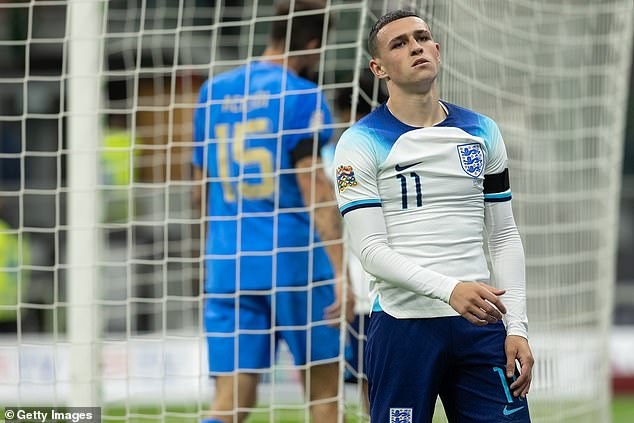 If there was ever a time and stage to prove your England credentials then the World Cup is it. Not that anyone doubts Foden’s talents.

The midfielder has the potential to become one of England’s finest footballers ever and is already one of the most technically gifted players this country has ever produced. Measuring greatness is subjective but Foden in full flight is poetry in motion.

But his disappointment with his England performances so far is understandable. His 18 caps have brought just two goals.

‘I definitely should have scored a lot more,’ Foden, 22, said. ‘I am still learning, still learning the group of players as well. I am hoping this World Cup is good for me and hopefully I can bring goals.’

Things are different at club level, where Foden has scored eight times for City this season in a team bursting with talent.

That he has established himself as one of Pep Guardiola’s key men is further proof of his world class status. Not that self-deprecating Foden is prepared to admit it.

‘No, I definitely don’t see myself as world class,’ said the attacker. ‘I’ve got to score in big games and big finals to be world class. I know I’m capable of doing that, so it’s something I strive for. 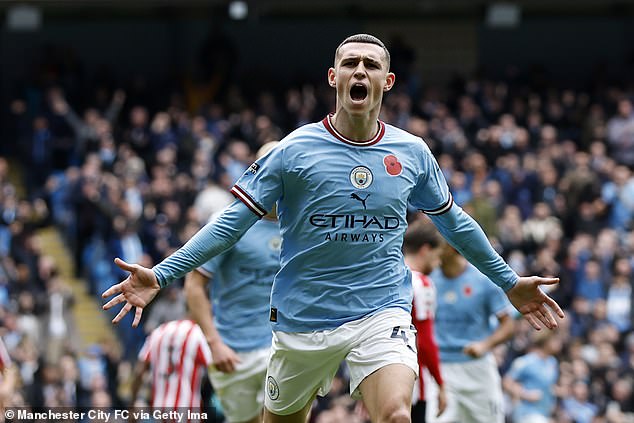 Foden has been prolific for Manchester City, but has netted just twice in 18 caps for England

‘Players such as Lionel Messi, Kylian Mbappe and Cristiano Ronaldo are way above me at the moment but I like to think I could be there one day.

‘It’s all about taking small steps in the right direction. I just want to take my club form into the national team.

‘I am back playing more wide this year, previous years I was playing as a false nine as well. It definitely helps having someone as a target like Erling Haaland, it gives us a little bit more space.

‘I have added more goals, getting in the right areas, it is good that I am improving that side of my game as I see myself as a goalscorer.’

While Foden is demanding more of himself, those shaping his young career believe he is on course. Along with England team-mate Mason Mount, Foden was part of a group of promising youngsters taken to Russia by the FA in 2018 to sample the demands of international football on the biggest stage.

Boss Gareth Southgate knew Foden would be an important player for England. Now, four years on, he will rely on him in Qatar. 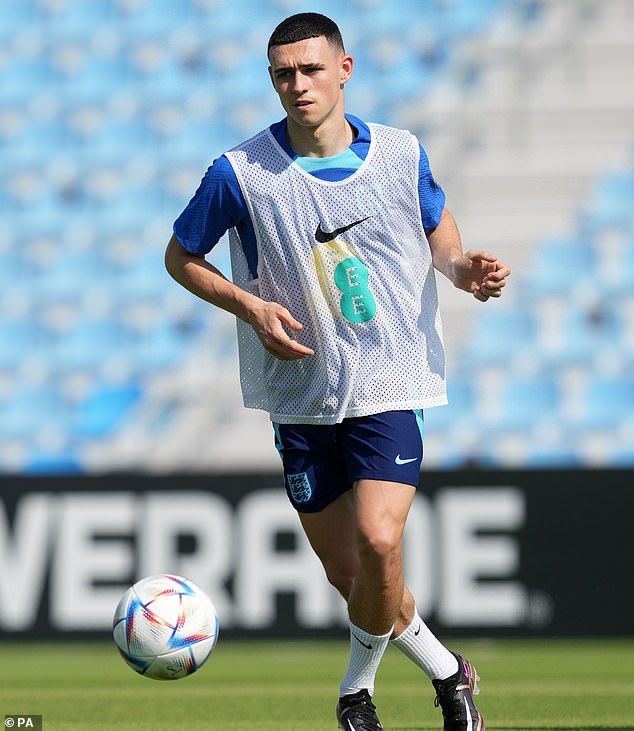 ‘Of course, I’m desperate to start the first match,’ Foden said. ‘It’s the first World Cup for some of the others as well. It would be a dream come true to start a game.

‘I’m just looking forward to the tournament. No one knows what the team is going to be because of how good every player is.

‘Technically, it’s probably the best England squad I’ve seen. I like Mason Mount a lot and James Maddison as well, the way he plays — players who can receive it in the pocket on the half-turn and can make the killer pass or shoot from distance. There is competition in every position. No matter who plays, the others will be supporting them because that’s the kind of group we are. We just want the best out of each other.

‘You never know when your opportunity might come. You may only play one minute but score the most important goal.

‘You just have to be ready, because you never know.’