Phil Jones has opened up on his near two-year injury nightmare after his surprise start for Manchester United against Wolves.

The 29-year-old centre back made his first start in 708 days in the Premier League fixture on Monday at Old Trafford.

Jones – who transfermarkt claim missed 78 United games due to the serious knee injury – was one of the few positives from a 1-0 defeat and he was applauded off the pitch at full-time. 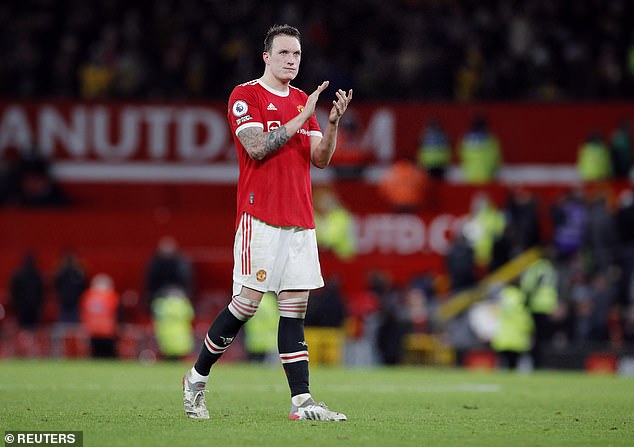 ‘It’s difficult when a player’s out for so long, for whatever reason,’ Jones told the club’s official website.

‘All I would say is that any time I represent this club and put the shirt on, I give absolutely everything. I put my blood, sweat and tears into everything I do for this club.

‘I appreciate all the support they [the fans] give me. I’m forever grateful for that. It’s a wonderful, wonderful club to be at and I am grateful.’ 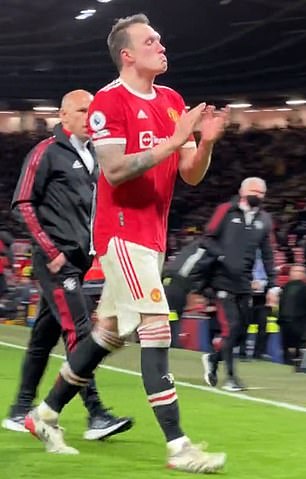 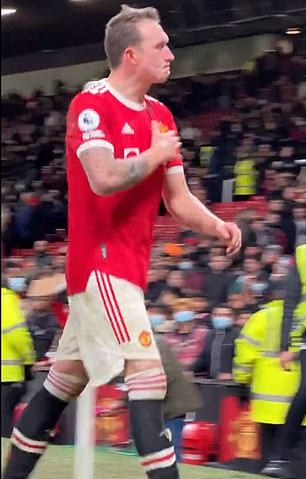 Walking off the pitch at the final whistle, Jones clapped the crowd and tapped United’s badge

A video posted on United’s official Twitter account revealed how the defender was seemingly overwhelmed by his comeback.

With his head initially bowed, Jones headed off the field in the corner of the stadium, but acknowledged the appreciation sent his way by clapping the crowd.

He also tapped the badge several times, showing his commitment to the Red Devils. 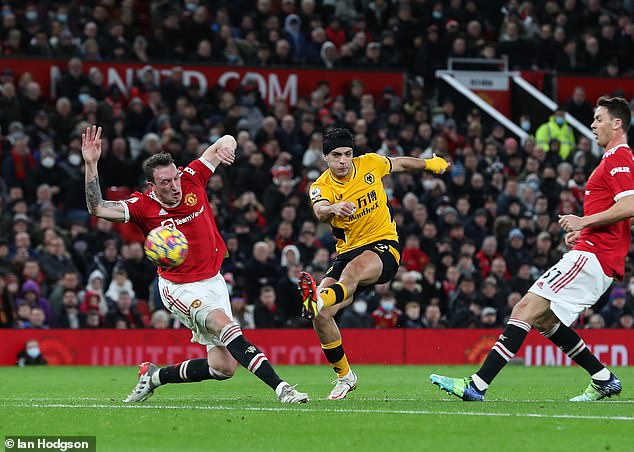 Before featuring against Wolves, Jones last started a match in United’s 6-1 win over Tranmere in the FA Cup in January 2020, having sustained a long-term knee injury.

‘You know, I spent so long out, off the pitch and out of the squad,’ he continued.

‘It’s been horrible at times but it’s nice to be back out with the lads.

‘I feel like a footballer again and [to] feel the ball at your feet and the rain and the grass, it’s just a great feeling.’ 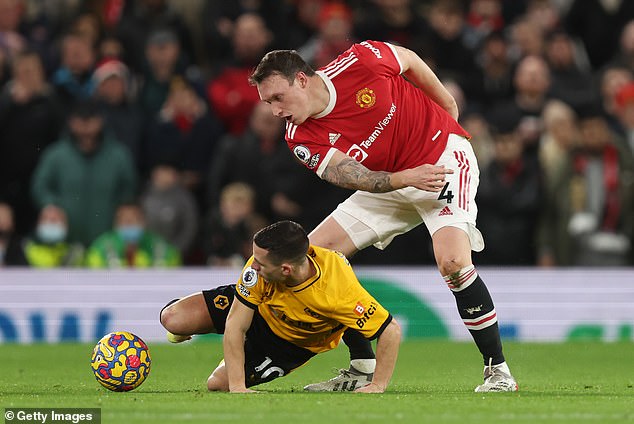