Philippe Coutinho could be on his way back to the Premier League this summer with a move to Chelsea or Arsenal backed by Liverpool legend John Barnes. The midfielder is currently on loan at Bayern Munich from Barcelona but the Bundesliga champions are not expected to make a permanent move for the Brazilian.

Coutinho is keen on a move back to the Premier League with Barca ready to cut their losses on the former Liverpool man.

But a lot will depend on Ronald Koeman, the new Barcelona manager, as to whether the 28-year-old can exit the Nou Camp.

Barnes spoke about how Coutinho scoring against his parent club is quite a normal thing in Europe and how he doesn’t think Tottenham would be a good destination for the attacking midfielder.

“I know in England it never happens where a player can play against his parent club once they are out on loan. But in Europe it happens all the time (Coutinho playing against Barcelona for Bayern),” Barnes told BonusCodeBets. 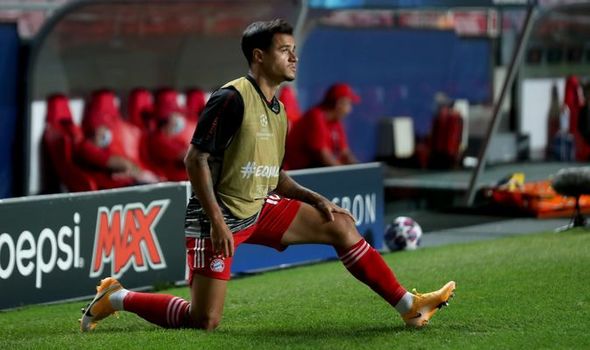 “Normally you don’t play against them in the league, but it can happen in the Champions League.

“It is one of those things that when Philippe Coutinho originally joined Bayern Munich.

“They didn’t anticipate that they would come up against each other. They must have left it out of the contract.

“It is an exciting watch with what is going to happen with Philippe Coutinho this summer. There are many teams that will want to sign him.

“I don’t think Tottenham would be interested. I don’t know if the way that Jose Mourinho likes to play will suit him.

“He [Coutinho] likes the ball and having a lot of possession, whereas Mourinho doesn’t necessarily play that way.”

Barnes believes Arsenal and Chelsea are the two most likely options for Coutinho. 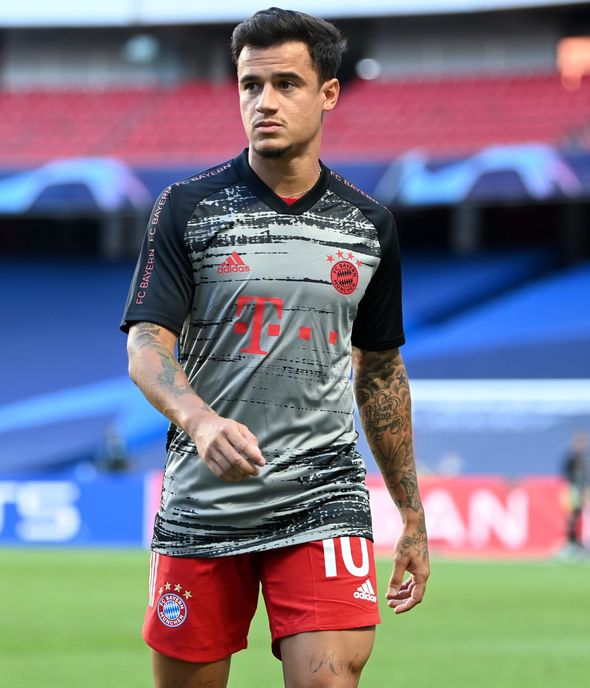 He explained: “Arsenal could be the best club with the style of football they play.

“Chelsea could be another good match, because of the way Frank Lampard sets up his team, so with that in mind, Arsenal or Chelsea would be the best solution for him.

“I don’t think he will go to Manchester City to be honest. Pep Guardiola would be able to get the best out of him but there are often times that he has been in a successful team already, and he hasn’t been able to show off as much as he would like.”

Coutinho started on the bench as Bayern Munich took on PSG in the Champions League final on Sunday evening.