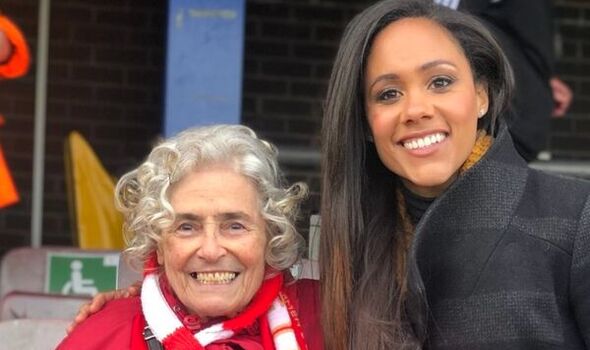 TV presenter Piers Morgan and former Arsenal player Alex Scott were among those to pay tribute following the sad news that one of the club’s most recognisable fans, Maria Petri, has died. Maria was a cult figure at the Emirates due to her passionate and vibrant support of both the men’s and women’s teams.

Scott posted a picture of the two together, along with a broken-heart emoji and the caption: “Arsenal through and through.. Thank you for the love, the passion, the songs and support for us @ArsenalWFC from the very beginning. We will never forget you Maria, We love you.”

Meanwhile Gilly Flaherty, who began her career at Arsenal and is now at Liverpool, said: “Can’t tell you how gutted I am hearing this news today. My time at Arsenal wouldn’t of been the same without Maria. Even after leaving Arsenal she made time for me every time I went back. Heartbreaking news. Rest in peace Maria, you will be missed so much.”

And Arsenal Women Supporters Club posted a number of photos of Maria, and wrote: “Our Maria. We will miss you.” 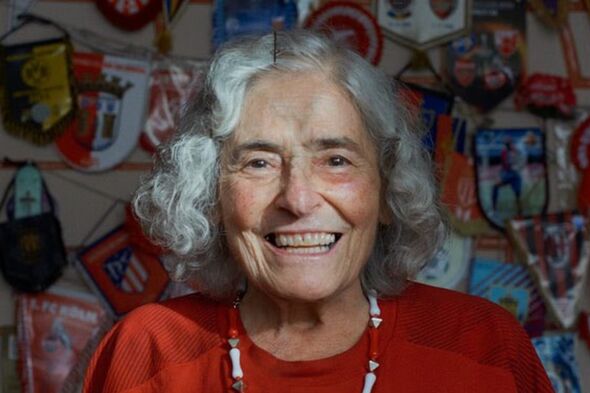 In a recent interview with Mundial magazine, Maria explained her passion for the Gunners. “I’m in love with the Arsenal,” she said. “That’s all I can say. Because I don’t have a family of my own, not a nuclear family anyway, Arsenal are my family.

“You’ve heard the phrase those who can play, play, and those who don’t, teach. Or something like that. It’s the same with me. I couldn’t play, so I became the best fan. I’m just so embroiled in Arsenal.

“They’re such lovely people, and the staff as well are absolutely beautiful, they’re so nice to me. I think if I’m happy and they look happy because I’m happy, then everybody’s happy. The love for them just got hold of me and won’t let me go.

“And I keep saying to people, ‘I shall be oh so upset when I die.’ And they say, ‘why Maria?’ ‘Well, I won’t be able to watch Arsenal anymore.’

Some supporters are already calling for the club to pay their respects to Maria when the season re-starts. One wrote on Twitter: “Come on @Arsenal you got to give Maria Petri a minute silence, R.I.P MRS ARSENAL.”

And another added: R.I.P Maria @Arsenal should honour her with a moment silence before the game vs Chelsea this Sunday morning.”

Dr Grey questions why PFA is not supporting his dementia study