Gary Neville and Piers Morgan have criticised the Premier League’s decision to postpone this weekend’s fixtures following the death of Queen Elizabeth II.

The Premier League announced their decision to postpone after taking part in a call with the Department for Digital, Culture, Media and Sport on Friday morning.

The UK Government said there was no obligation to cancel or postpone events and sporting fixtures during the National Mourning period. 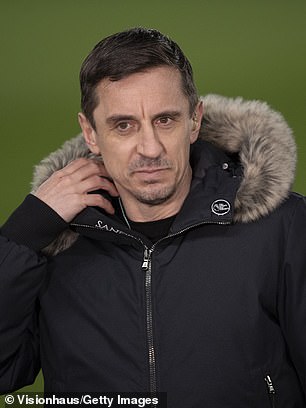 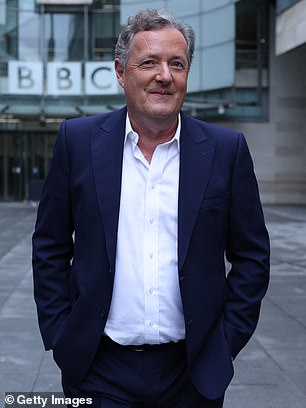 However, the Premier League released a statement saying they felt it was the right course of action to honour the Queen’s ‘extraordinary life and contribution to the nation’.

‘To honour her extraordinary life and contribution to the nation, and as a mark of respect, this weekend’s Premier League match round will be postponed, including Monday evening’s game.’

Morgan and Neville took to social media to express their disappointment at the decision to cancel this weekend’s fixtures. They felt that football could have united the nation and offer the Queen the respect she deserves.

Morgan Tweeted: ‘Ridiculous decision’. He went on to say: ‘Sporting events should go ahead. a) The Queen loved sport and b) It would be great to see/hear huge crowds singing the National Anthem in tribute to Her Majesty, as West Ham fans did so magnificently last night.’

To which Neville replied saying: ‘I agree Piers. Sport can demonstrate better than most the respect the Queen deserves’. 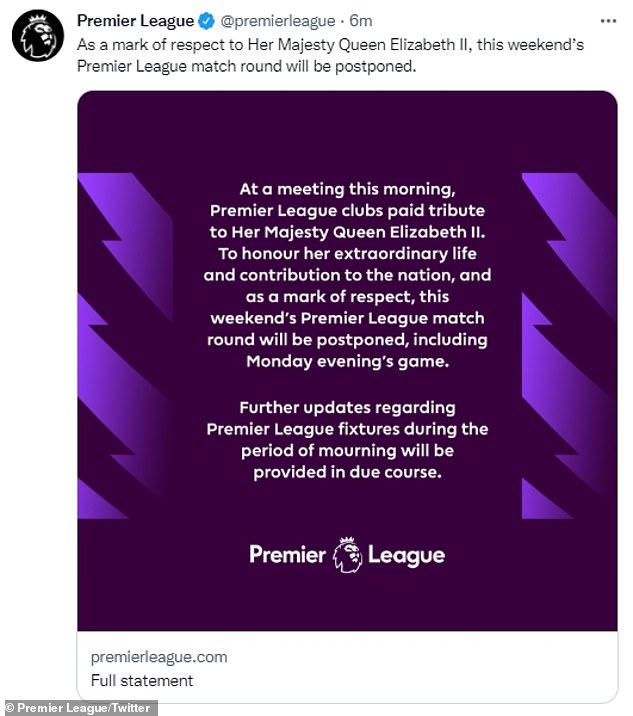 One fan wrote: #EFL and #PL games postponed. What a missed opportunity for all footy fans to come together, pay our respects, and belt out the National Anthem like West Ham last night. Premier League and EFL have misjudged the public mood. Btw #HTAFC were top when Princess Elizabeth was born.’

Another added: ‘What a shame. The Queen loved sport. This could have been a wonderful opportunity to celebrate her legacy.’

While one fan said: ‘Black armbands, minutes silence and singing the anthem would have been more respectful.’

Other questioned the decision by saying: ‘The government said there’s no obligation to call them off and with the heavy schedule of fixtures and the World Cup this decision makes no sense’.

Another supporter said: ‘Doesn’t seem like a good idea with due respect. Thousands of people having their weekend plans cancelled and losing money on travel/accommodation. Lots of traveling fans from abroad won’t be able to make it for the rescheduled fixture.’

Some fans expressed their concerns over the scheduling as the postponement of the entire programme could create fixture congestion later in the season.

There are no free midweeks between now and the mid-winter break for the World Cup – which begins in Qatar just seven days after the Premier League pauses.

One fan wrote: ‘This is ridiculous, especially with the already hectic schedule’. While another added: ‘This is going to mess up the entire season’.