Arsenal fan Piers Morgan has slammed Gunners boss Mikel Arteta after the new All or Nothing: Arsenal Amazon documentary trailer was released. The TV presenter branded the Spanish coach “embarrassing”, and claimed he acts like Pep Guardiola despite “achieving nothing” as a manager.

The Amazon docu-series will air on August 4, but Morgan is not looking forward to the release date as his club gave the cameras full access during their 2021/22 season where they were pipped to fourth place and Champions League football by north London rivals Tottenham. Morgan took to Twitter to react to the trailer that was posted on Tuesday.

“This is going to be a train-wreck,” Morgan wrote. “Arteta ranting away like he’s Pep when he’s achieved nothing as a manager. Embarrassing.” One of the key moments in Arsenal’s season on tape was Arteta axing club captain Pierre-Emerick Aubameyang from the squad, freezing the Gabon star out and then letting him leave for Barcelona.

The moment Arteta told the Gunners squad about his decision to strip the armband from Aubameyang was teased in the trailer, as Alexandre Lacazette, who captained the club several times after Aubameyang’s departure reacted by saying “Wow.”

JUST IN: Arsenal, Man Utd and Liverpool have disadvantage in Chukwuemeka chase 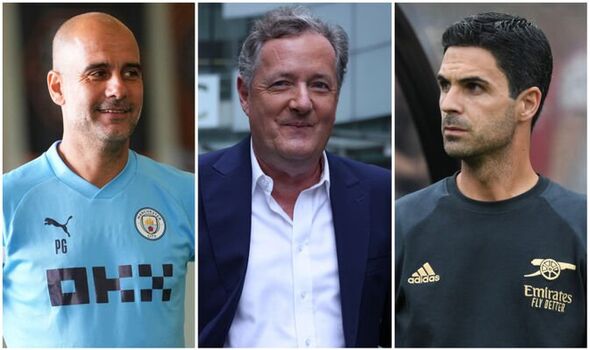 The eight-part docuseries will officially launch on August 4th, with episodes 1-3 dropping first. The next episodes will then drop each week through to August 18th, where the final two episodes will be available to watch on Amazon Prime.

The broadcaster has previously claimed that Arteta has plenty to prove this coming season, and conceded that Spurs have a better chance of finishing in the top four than Arsenal. When asked to rate the two sides’ chances at securing top four next year, Morgan was clear in his response. “Tottenham,” he told talkSPORT. “Without any doubt. 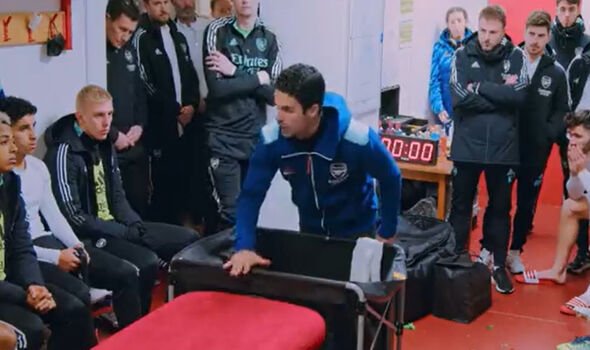 “Arsenal have to look inside their souls and realise that unfortunately there’s been a shift in power and the reason for that, for me, is because Antonio Conte is a genuine world-class manager and a natural-born winner.

“Our manager, Arteta, has a lot to prove. I think we’ve lost 13 league games in the last two seasons. That is not the kind of performance level that, in my view, should have led to him getting a new three-year deal. I’m afraid that the jury’s out on Arteta. I’ve seen no evidence that this process that he keeps banging on about and which the blinkered, die-hard fans are on about and I’m not sure where he’s taking it at the moment.

“We’re not in the top four, we’re not in any serious European competitions so It’s like, what is this process and how long is it going to take? He’s had two and a half years. Two seasons, 13 league games lost? In the old days if an Arsenal manager lost five games he’d be out.”