Scott Parker’s side sealed an immediate return to the top flight with victory over Brentford in Tuesday’s Sky Bet Championship play-off final.

Kebano has been a key player for Fulham in the latter stages of the season, scoring five goals in his last five games including a free-kick in the semi-final win over Cardiff. 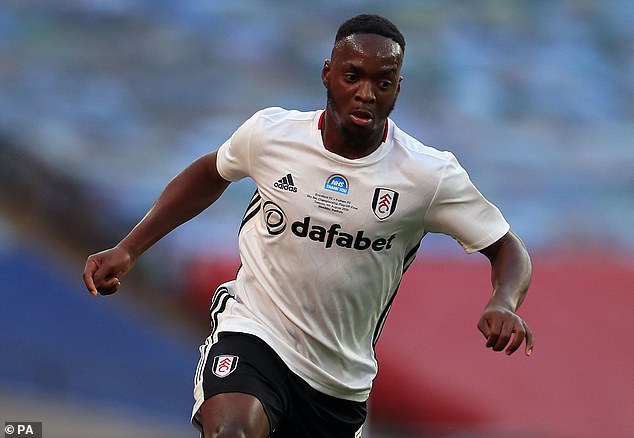 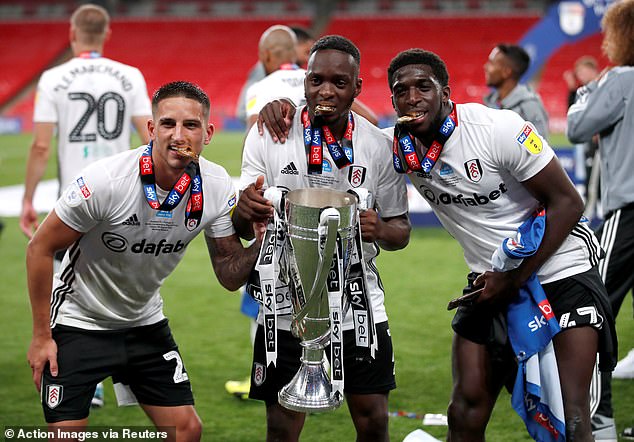 Kebano told the club website: ‘First of all, I’d like to thank the club for giving me this opportunity to extend my contract.

‘It has been a long journey since we started the season, we have been playing for over a year.

‘We’ve been working very hard which has paid off with promotion to the Premier League. 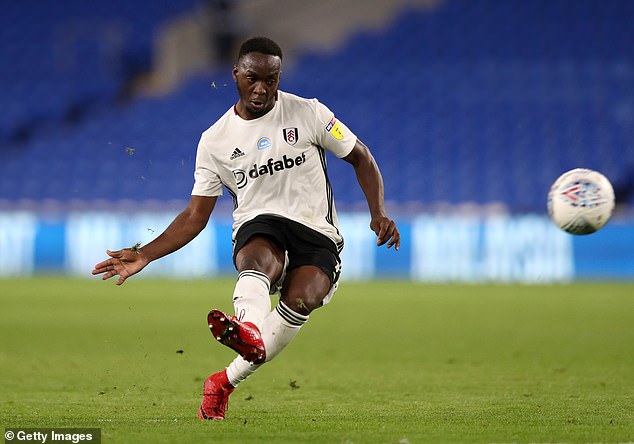 Kebano scored in both play-off semi-finals versus Cardiff, including a free-kick in south Wales

‘I’m delighted for the team, the staff and the supporters, we’ve remained together which has brought us to where we are now.

‘I have a lot of affection for this club, for the fans, so it’s natural this decision to sign a contract when this opportunity was offered to me, and I’m very happy to be here for a couple of more seasons.’

Kebano played 81 minutes of the play-off final at Wembley before being hauled off for Anthony Knockheart with the scores tied at 0-0. 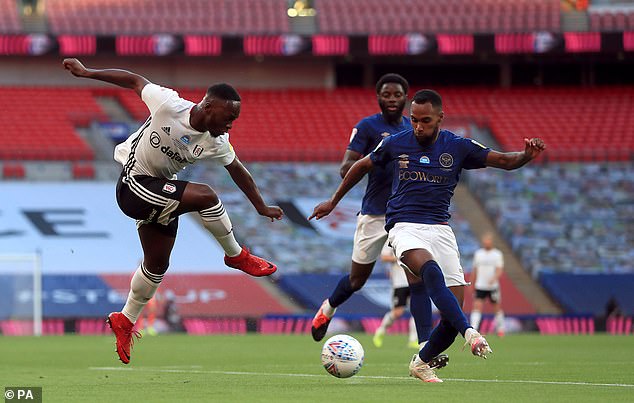 A brace from Whites defender Joe Bryan in extra-time put Fulham into the Premier League at the expense of west London rivals Brentford, who scored a last-minute consolation through Henrik Dalsgaard.

The 28-year-old moved to Craven Cottage in 2016 from Belgian side Genk for an undisclosed fee and has made 89 appearances for the club, scoring 14 goals.

During Fulham’s most recent season in the Premier League, Kebano made just seven appearances all term and will be hoping for in the 2020-21 campaign, which begins on September 12.