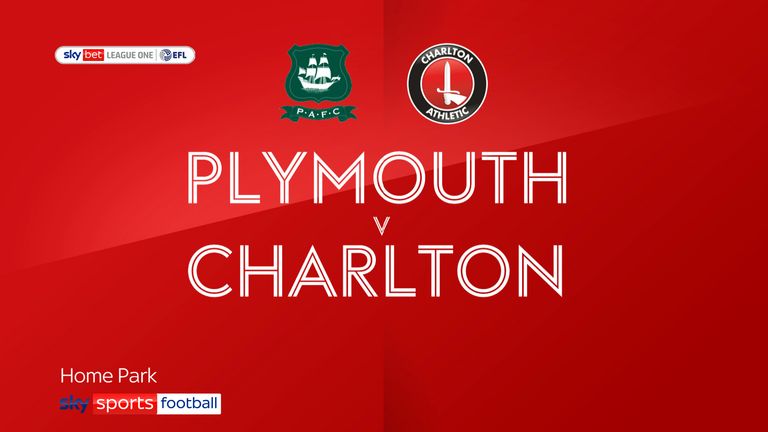 Nigel Adkins’ Charlton enhanced their League One play-off hopes with an emphatic 6-0 win at Plymouth to move up to sixth in the table.

Jake Forster-Caskey got Charlton off the mark with a 26th minute headed opener which looped over Argyle defender Kell Watts and in.

Athletic striker Jayden Stockley went full length to score with a brilliant diving header to greet Adam Matthews’ cross from the right and beat keeper Michael Cooper at his near post.

Watts did his best to keep out Liam Millar’s deflected cross but could not prevent the ball from going in as promotion-chasing Charlton went 3-0 up in the 47th minute.

Goalscorer Stockley turned provider to set up Alex Gilbey as he stroked home after 49 minutes to put the Addicks 4-0 up.

Substitute Chuks Aneke nutmegged Cooper for the Addicks’ sixth in the final minute as Charlton equalled their best away win in the league.

Shell-shocked Argyle started on the front foot but despite six corners in the opening 13 minutes they failed to make the most of early pressure and were left to rue missed opportunities.