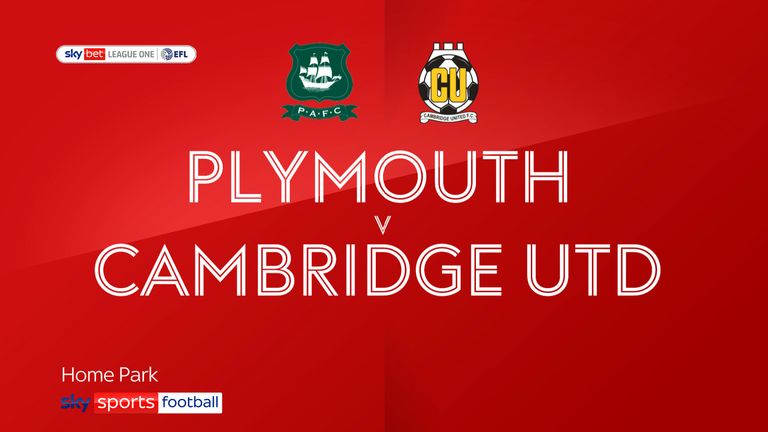 Cambridge forward Joe Ironside scored a 76th-minute equaliser to secure a point in a 1-1 draw at Plymouth.

The home side had taken the lead eight minutes earlier when a brilliant deep, curling Jordan Houghton cross from the left evaded all apart from striker Luke Jephcott at the far post, who roofed a thumping volley past Dimitar Mitov.

Cooper made a superb early save to deny Liam O’Neil as he let fly from 15 yards in the 15th minute.

At the other end, Mitov saved well from Ryan Broom before Argyle’s best chance of the first half.

Conor Grant sent Broom away down the left and his pinpoint cross was headed just over by Panutche Camara.

Early in the second half, Jephcott had 54th-minute effort ruled out after referee Chris Sarginson consulted with one of his assistant referees.

The disallowed goal only served to fire up Argyle, who pressed forward with intent and Grant pulling the strings in midfield.

You didn’t need a script to know what would happen next as Houghton’s cross found Jephcott, who made no mistake, but Ironside ensured a share of the spoils.

Coronavirus: Inter Milan’s Europa League clash vs Ludogorets to be played without fans