Paris Saint-Germain coach Mauricio Pochettino praised his players for their ‘enormous sacrifice’ after coming out on top in a thrilling encounter with European champions Bayern Munich.

Kylian Mbappe scored twice to steer the visitors to a 3-2 victory over holders Bayern in a topsy-turvy Champions League quarter-final first leg on Wednesday night.

On a snowy evening in the Bavarian capital, Mbappe fired in his eighth goal of the competition in the 68th minute after Eric-Maxim Choupo-Moting in the 37th and Thomas Muller on the hour had cancelled out a two-goal PSG lead. 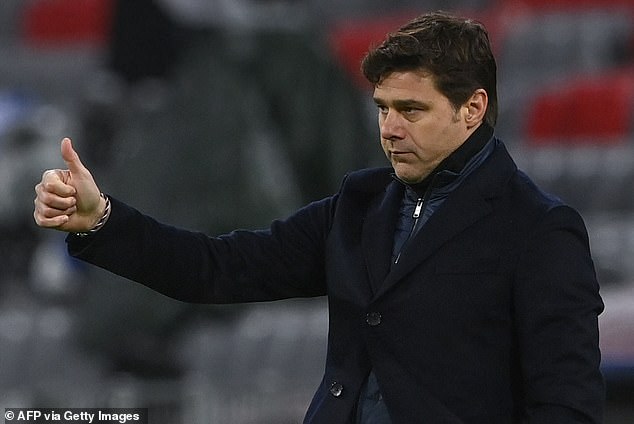 It was Bayern’s first Champions League loss in more than two years and the first ever for coach Hansi Flick, who had been unbeaten in his previous 16 matches in Europe’s premier club competition.

‘I am happy with the result and the attitude of the team, who found themselves in difficult situations against the best side in Europe,’ PSG coach Pochettino said.

‘We need to congratulate the players for their enormous sacrifice and we want to repeat this kind of performance.

‘When you win, it’s always easier to explain your decisions, everyone thinks you made the right choices. The credit goes to the players, they are the main protagonists, it is their quality that must be highlighted. 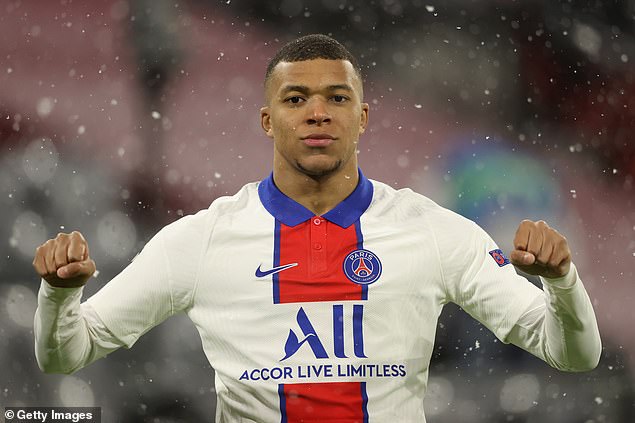 ‘Ninety more minutes to play. It is a good result but the return leg will be difficult. We know that,’ he added.

Despite defensive mistakes, the Germans will still be wondering how they failed to earn at least a draw with 31 goal attempts to PSG’s six, 15 corners to one and a string of golden opportunities.

PSG had stunned the hosts in the third minute through Mbappe, whose powerful low drive squeezed through the legs of keeper Manuel Neuer.

The French champions were brutally efficient and scored with their second chance of the game when Neymar picked out Marquinhos with a pinpoint cross and the PSG captain beat Neuer in the 28th minute. 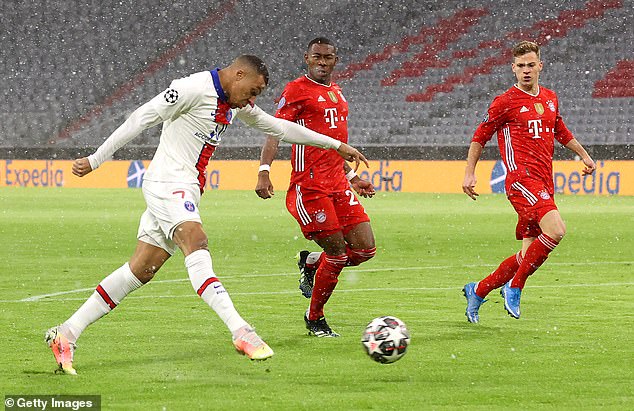 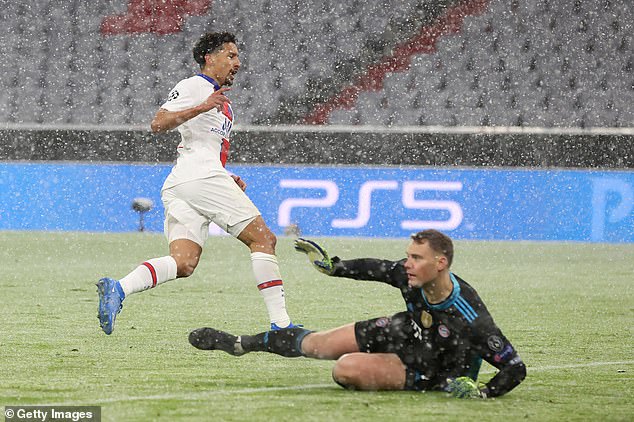