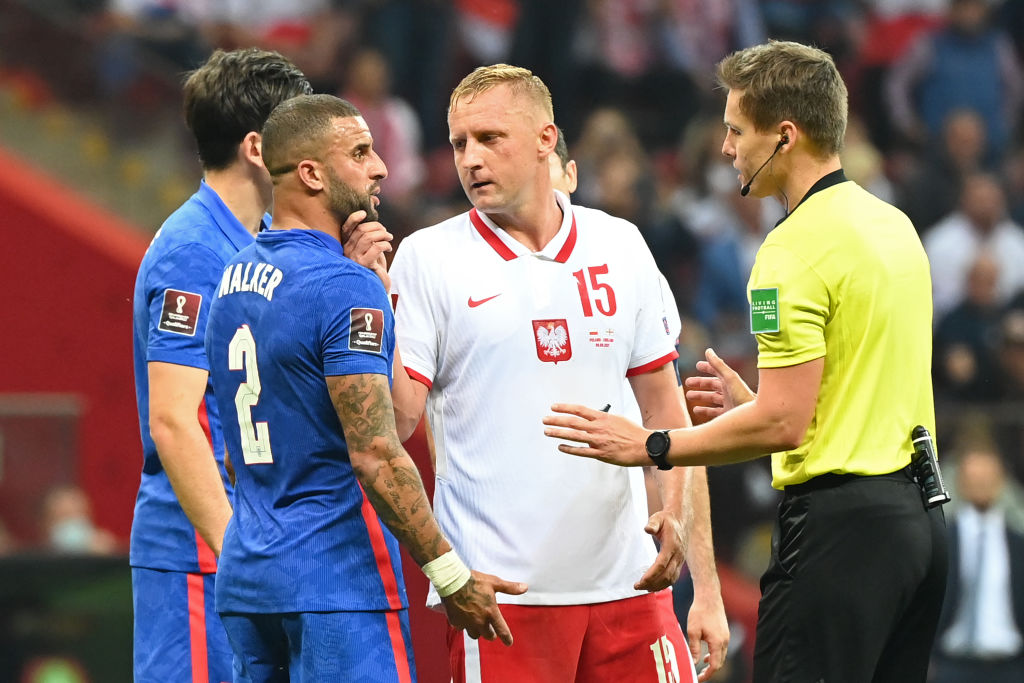 Fifa have launched a full scale investigation into the incident which took place just before the half-time break in Wednesday night’s bad-tempered Group I encounter in Warsaw.

Television footage showed Walker having to be held back by team-mates following the fierce altercation with Poland defender Glik at the Stadion Narodowy.

Glik was subsequently shown a yellow card by referee Daniel Siebert, with replays showing him pinching the Manchester City right-back on the neck. An enraged Harry Maguire was also booked for his part in the fracas.

‘The English FA said there had been a racist remark made but Glik says that is completely not true,’ Poland’s media officer and team manager, Jakub Kwiatkowski, responded.

‘I know the players and they have not done that and nor would they.

‘We completely deny any allegations of wrongdoing.’

Glik, who represents Serie B outfit Benevento at club level, played down his ‘scuffle’ with Walker as he addressed the media after the qualifier.

‘There was some scuffle,’ the Polish central defender said.

‘Later I wanted to shake Walker’s hand but he didn’t accept it.

‘There was some sort of verbal scuffle but nothing more happened there.’

Fifa have confirmed they are assessing the ‘relevant information’ and a decision will be made in due course.

‘Fifa is in the process of analysing the official match reports of the match between Poland and England,’ a statement said.

‘The relevant information will be assessed by the competent disciplinary bodies in order to decide on next steps.’