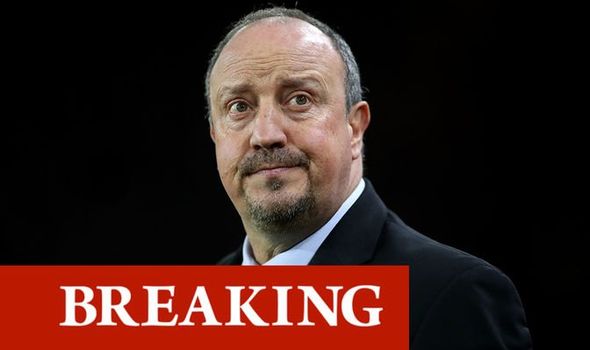 The banner, made out of bedsheets, was placed over a wall and bushes and a residential driveway. Police later confirmed it had been placed “outside the wrong house” if the offender had intended to target the Spaniard, thought to soon become Everton’s new manager.

An image circulating on Twitter shows the white bedsheet with the message: “We know where you live. Don’t sign”.

And police have also condemned the act, conceding it caused “distress and worry for residents” in the posh Caldy area of the Wirral.

Detective Inspector Darren Taylor, of Merseyside Police, said: “This message has understandably caused some distress and worry for residents in the area. Due to the football language used, we suspect that it was aimed at Rafa Benitez – but whoever placed the message left it outside the wrong house.

“If anyone has information about who produced the banner or helped to put it up, please let us know as soon as possible.” 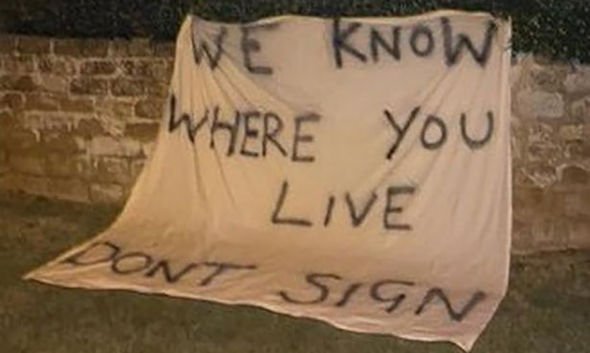 The banner was spotted at around 7am today.

Since then, police have monitored CCTV and carried out witness enquiries in the area.

Benitez, 61, is expected to officially be named Everton boss this week to replace Carlo Ancelotti, who left for Real Madrid at the start of the month.

He is reviled by some Evertonians because he once managed their Merseyside rivals Liverpool.

“With Benitez still edging closer to being appointed at Goodison, this cannot happen again. Football is full of tribalism by nature, but this has crossed the line to a disgraceful extent.”