Premier League chief executive Richard Masters says he is “confident we can reach an agreement” with the EFL over emergency funding after an MP labelled the situation a “farce”.

The Premier League remains in negotiations with the EFL over a rescue package to ensure no clubs go out of business due to the coronavirus pandemic.

The EFL rejected an offer from the Premier League last month, which consisted of £20m in grants and £30m in interest-free loans to clubs in League One and League Two – but crucially offered no assistance to Championship clubs.

Julian Knight MP described the failure to reach an agreement as a “farce” at a Digital, Culture, Media and Sport Committee meeting on Tuesday, and warned Masters 10 Football League clubs were unlikely to make payroll this month without a financial bailout.

Masters confirmed the Premier League would now be willing to discuss financial assistance for teams in the Championship but insisted the original offer was “appropriate”.

“The Premier League has engaged and wants to seek resolution but there can’t be a blank cheque or an underwriting of losses,” said Masters.

“We believe our proposal is appropriate and goes to the heart of the problem and is in line with Government policy on how it deals with other sectors.

“We believe we are stepping up and helping the pyramid of football, we have yet to reach an agreement with Rick but I am confident we can do that. 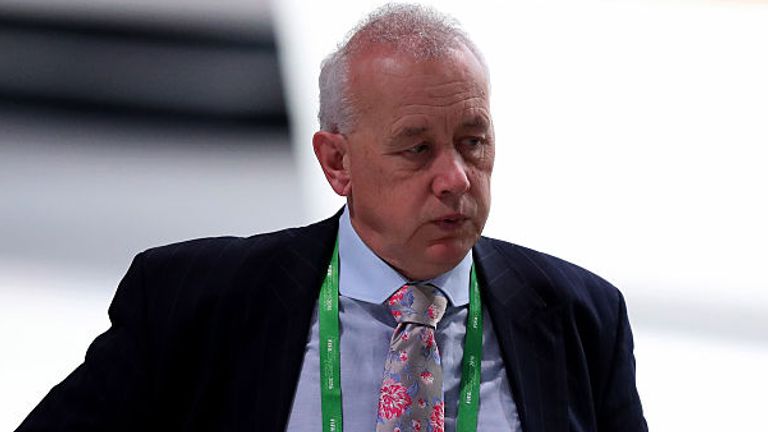 “I don’t think our proposals are pitiful. We can make money available now to clubs that need it and we can work with the EFL to ensure that funds were going to the right places to ensure clubs don’t suffer distress or get to the point of administration.

“We are huge supporters of the pyramid and understand its importance.”

EFL chairman Parry: ‘We are having constructive dialogue with PL’

However, EFL chairman Parry is hopeful a deal can be reached before the end of the month, now the Premier League has shown a willingness to discuss assistance for Championship clubs.

“We would very much like to come to a deal with the Premier League. We are having constructive dialogue,” said Parry.

“It was our League One and League Two clubs last month, in a gesture of solidarity, said they didn’t want to abandon the Championship. They wanted a deal for the League as a whole, which was commendable.

“The Premier League has now said that it would be prepared to consider the Championship, so I think we can move forward on that basis.”

When asked if he expected an agreement to be reached this month, Parry replied: “We sincerely hope so, yes.”

Premier League clubs spent more than £1bn in the summer transfer window and Masters has defended their spending, insisting it is required to ensure future success.

“The Premier League is the most competitive football league in the world and every club has a plan in order to be successful,” he said.

“It requires continual investment. If you’re not invested then you’re probably standing still.

“Every club has a plan, whether it is to remain in the division itself, to better its prospects, to get into European football or to win the league itself, all of those things require investment.”

Ron Rivera called a trick play from ‘Little Giants’ on Thanksgiving and fans loved it
Recent Posts
This website uses cookies to improve your user experience and to provide you with advertisements that are relevant to your interests. By continuing to browse the site you are agreeing to our use of cookies.Ok